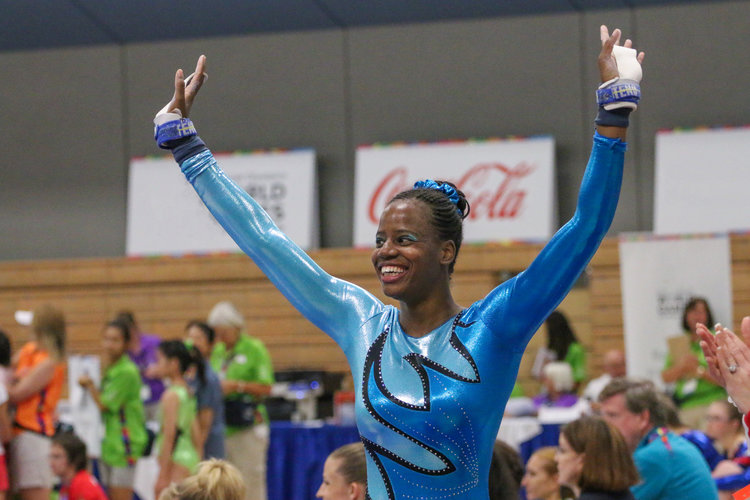 “From Volunteer To CEO” – The Story Of Mary Davis, Special Olympics CEO, One Of iSportconnect’s Influential Women In Sport For 2020

Following her announcement as one of iSportconnect’s Influential Women In Sport List for 2020 last month, Mary Davis, CEO of Special Olympics, spoke to iSportconnect’s Ben Page about her career-long journey with the organisation and why it means so much to her, plus how attitude’s towards women in sport have altered in this time.

This is part one of our conversation with Mary, with part two coming later this week…

So Mary, tell us how you first got started in Special Olympics and the journey that led you to this point?

Well I started working in Special Education in Dublin during the late 70s, having trained in Physical Education at Leeds, and found there were very little resources for people with intellectual disability, so we were clamouring for information at that stage. But then Eunice Kennedy Shriver (founder of the Special Olympics), came to Ireland and introduced us to Special Olympics, and they had a lot of resources and research that had been done through the Kennedy Foundation.

Among those who engaged with the Special Olympics in Abu Dhabi in 2019, 70% said their attitude and perception towards people with intellectual disability had improved. (Source: Nielsen’s Post Games Survey In UAE)

Through this introduction I got involved as a volunteer and loved the organisation. After ten years as a volunteer while continuing to teach, I became the first Special Olympics director in Ireland, doing things I thought would help to catapult Special Olympics forward – a European Games in 1985, the World Games in Ireland hosting 165 countries in 2003 – and then went to work for the organisation in Europe/Eurasia before getting the call to come and be the CEO five years ago now, it’s hard to believe it’ll be five years this year in the position. I like to say from volunteer to CEO!

You’ve dedicated so many years to Special Olympics, why do you believe it’s such a fantastic place to be?

I truly believe it’s an extraordinary organisation. Special Olympics uses the power of sport as a catalyst for people with intellectual disability to develop stamina, fitness, to demonstrate courage, experience joy and make friendships. That’s our mission, but it extends further than that.

It’s about inclusion, communities learning about our athletes and what the meaning of inclusion is, acceptance and respect for all people. We do that in a variety of ways. Our athletes are leaders in the movement. We have an extensive leadership and Unified sports programme we run in middle and high schools to give them a greater understanding of what it’s like to play with people with intellectual disability. It’s teaching inclusion through the power of sport, transforming people’s perceptions of people with intellectual disability, understanding that they have enormous ability that they wouldn’t have recognised before interacting with them.

We believe ‘healthy mind, healthy body’ – when you perform better at sports, that gives you confidence to go on to do other things in life. That’s why I think it’s such a brilliant organisation.

We had Greg Silvester (the former gold-medal winning Special Olympics athlete and coach) at a recent event, and the impact he had that day on people in the room was huge, do you see this everywhere you go?

Absolutely, I think people are a bit in awe because they never knew the capabilities of people with intellectual disability and I know Greg well. Greg is a great example of thousands of athletes all around the world who can get up and talk with great authority about themselves and their capabilities and about what sport can do to transform the lives of everyone so it’s not just his life that’s been improved but, like you say, the people he spoke with their lives will have been changed.

When you started how different was the culture in sport, was it much more male oriented?

In the 70s there was more of a focus on male participation and coverage if I was to talk about sport in general, I was fortunate to have worked with great people.

At college, Margaret Talbot [OBE] was a great advocate for highlighting women in sport and Jean Williams had a huge influence on my life. Then being fortunate in the late 70s to meet Eunice Kennedy Shriver—I mean you couldn’t get a stronger woman! People say that if she was a man in that era she could well have been president, and she would’ve made a great president too!

I would add in Donna de Varona, the youngest swimmer to win a medal at the Olympics. She has served on our board for many, many years. I’ve always been conscious of strong women involved in various aspects of sport, and that has influenced me to ensure that we provide just as many opportunities to our female population as we do to our male population at Special Olympics.

You have of course seen things come a long way, how great has the progression been in your eyes?

Certainly from a broadcast perspective there’s much more women’s sport than there was before. ESPN’s a great example. They do a terrific job and they’re also partners of ours. At  Special Olympics World Games Abu Dhabi in 2019, we had participation of women from Saudi Arabia for the first time, and ESPN broadcast that message of inclusion around the world.

I think training facilities have definitely improved. There was a time when women had nowhere to change! There are also more female sports role models: Donna de Varona and Michelle Kwan are on our board of Directors. We work with Stephanie McMahon from WWE, another fantastic role model who has excelled and accomplished so much in a male-dominated world.

… More to come from part two later this week!