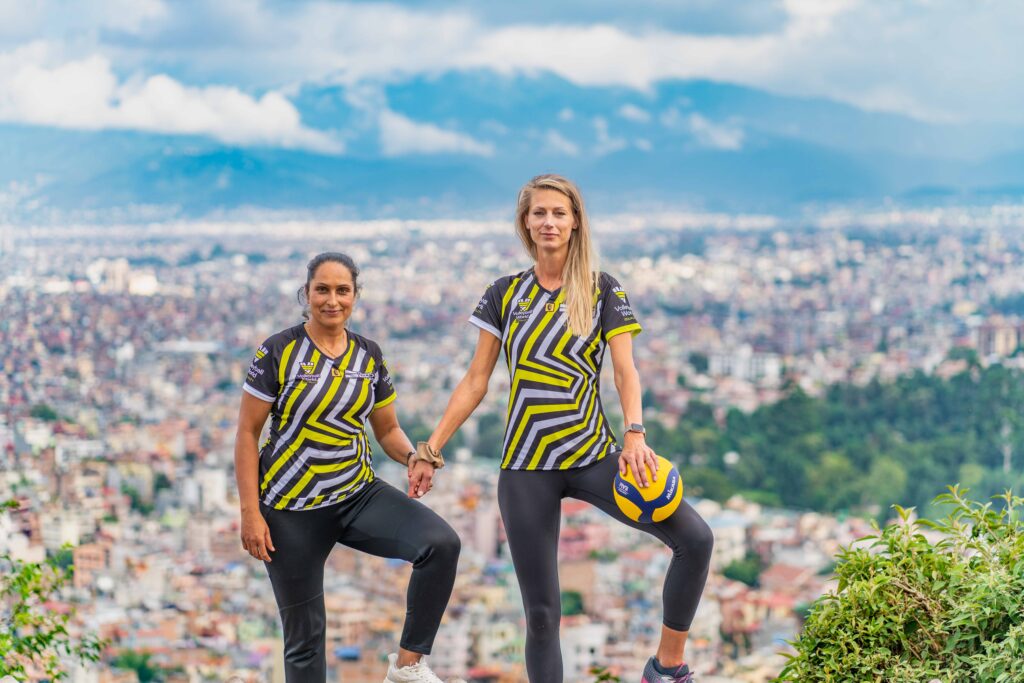 Volleyball World have announced a partnership with charity Let’s Keep The Ball Flying (LKTBF) to raise awareness of equal rights through the power of volleyball.

The first exciting steps in the partnership is the launch of this year’s Equal Jersey campaign, which kicks off at the 2022 Volleyball Nations League (VNL) Finals.

With its introduction at this year’s eagerly anticipated climax to the competition, the Equal Jersey initiative carries on from the huge success of the project 12 months ago.

To highlight the importance of celebrating equality in volleyball, the world’s biggest volleyball stars will once again be wearing the Equal Jerseys during the VNL Finals in Ankara (Women’s Finals, 13-17 July) and Bologna (Men’s Finals, 20-24 July).

Volleyball World’s partnership with LKTBF also extends beyond the VNL Finals. The Equal Jerseys will be worn by 17 girls and 17 coaches at a volleyball training camp in Nepal. The camp was set-up by LKTBF to promote equality, education, inclusion and empowerment, boosting equal access through the power of volleyball.

The Equal Jerseys are available to volleyball fans with part of the proceeds going directly to Let’s Keep the Ball Flying, the non-profit organization set-up to leverage the power of volleyball to reach equality. The jerseys can be bought immediately at the Volleyball World online shop.

Volleyball World CEO Finn Taylor said: “We believe in empowering the volleyball community to create an equal playing field regardless of gender, beliefs, or economic background – that is why this partnership is important to us.

“This year as part of the Equal Jersey campaign we want to provide a platform where fans and athletes feel welcome to share their equality story regardless of the angle.

“By doing so, we want volleyball fans to also contribute, for them to be part of the campaign itself by getting their own jersey, supporting a good cause and telling their own, personal stories.”

Lesley de Jonge, founder of Let’s Keep the Ball Flying, said: “Volleyball has proven me time and time again to be a powerful vehicle for tackling the greatest social challenges of our time.

“Our projects show beautiful journeys are shown in the fingerprints of the communities we support as well as personal stories from our volunteers.

“Together with the Equal Jersey campaign, the time has come to share and grow a global legacy unlocking the social power of volleyball.

Volleyball World have also enlisted the support of a number of legendary players and coaches in the project as ambassadors, with their unique stories adding further weight to the importance of the campaign.

Among the ambassadors are Brazil’s outsider spiker Gabriela Guimarães and former Dutch opposite spiker Manon Flier, who is in currently in Nepal to support the LKTBF campaign.

Guimarães said: “Equality is a struggle that has been going on for so many years. We know the importance of sport and how universal it is. Especially volleyball, we know the strength it has to change many things in showing that women have the same rights, the same strength can have the same responsibilities.”

Flier said: “For me growing up equality was normal, I didn’t know any different. Volleyball gave me the opportunity to play in so many different countries all over the world and that also made me aware that equality isn’t something that is given, that is normal, and I think that it should be like that, that everyone is equal. The volleyball family gave me so much that I want to give something back.”

The identity of further ambassadors will be revealed in due course during the weeks of both VNL Finals.