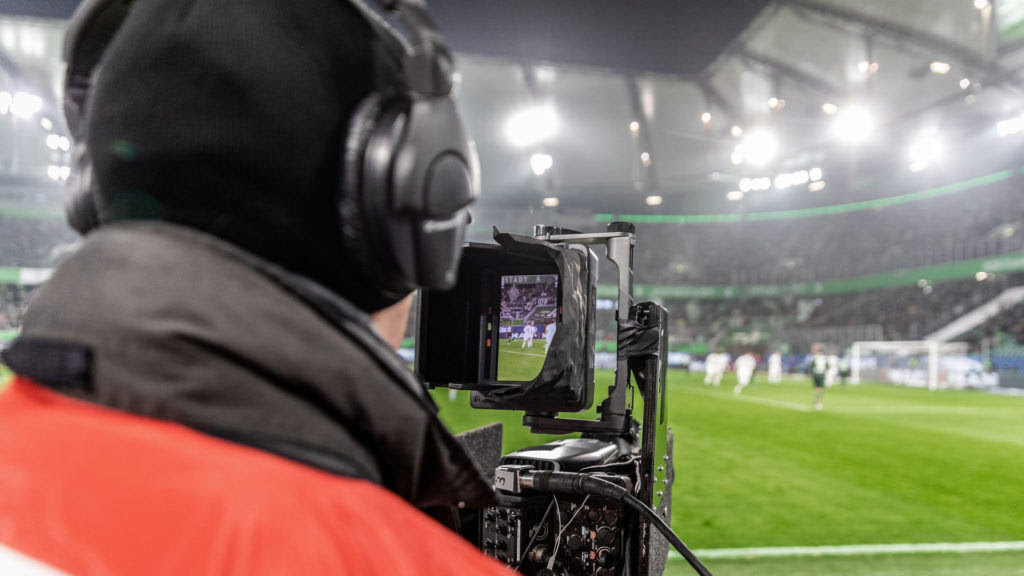 In our Meet The Team piece this Friday, Ben Page looks at whether vertical streaming will be on the rise after the DFL utilised the technology in their German Super Cup broadcast earlier this week.

Earlier this week the DFL trialled a new innovation in sports broadcasting, that has yet to be fully explored, when they decided to show the German Super Cup vertically in a 9:16 aspect ratio on TikTok through broadcast partners SAT.1 and OneFootball.

Vertical broadcasting is a recent innovation that has been limited up to this point, particularly in sport, with regular broadcasts always fitting the landscape style since TV began.

OneFootball stated they had registered more than 500,000 unique users for the live TikTok broadcast, while seeing their follower count increase by 54,000.

Nikolaus von Doetinchem, Vice-President of OTT and Media Rights for OneFootball, said after the event: “As user behaviour is evolving and the consumption of live football on mobile devices continuously increases, it was only a matter of time before dedicated 9:16 live broadcasts were tested and implemented.”

“Television still broadcasts in landscape and requires viewers to turn their phone to the side in order to enable a full-screen broadcast.”

However, with the emergence of mobile phones and their style of being held in a portrait angle and video applications, such as Vine originally but now Snapchat, Instagram and TikTok, there is becoming a greater necessity for portrait video.

Almost every content creator and social media influencer will create their videos in this format for the ease of the user, while television still broadcasts in landscape and requires viewers to turn their phone to the side in order to enable a full-screen broadcast.

Last summer, Wildmoka announced that they would be working with Altice France to give the French broadcaster the ability for their landscape broadcasting to automatically be transformed into a vertical style at the same time.

But is vertical broadcasting something that can work within sports? How will broadcasters need to adapt if this is to be a new potential avenue.

If you are a football fan, watching a match in a vertical style is something that is very foreign to you.

Many fans like to be able to see a lot of the pitch in order to view what is developing within the play and seeing the movement of the other players away from where the ball is.

In a vertical stream, unless you create a potentially wider lens or zoom out, it becomes very difficult for people to be able to see much of the game outside of the small area where the ball is, so will fans be drawn to this?

Within other sports, it is likely to be a better proposition, such as for the NBA and NFL, with many people who play NBA 2K and Madden for each sport respectively, doing so in on a camera style that more represents a better vertical experience.

“One recent innovation that was tested was when the NFL broadcasted a ‘Madden’ camera angle during Thursday night football in recent seasons.”

One recent innovation that was tested was when the NFL broadcasted a ‘Madden’ camera angle during Thursday night football in recent seasons, replicating the same view as players get in the game.

This drew a mixed reaction from fans (see the below tweet…) but it at least showed the innovation required in broadcasting nowadays in order to try to find new ways to cater to fans.

Discussing the DFL’s use of vertical broadcasting this week, Andreas Heyden, Executive Vice President Digital Innovations for the DFL Group, said: “Any Bundesliga innovation starts with our fans and customers. Data is showing that the consumption of vertical video is rising on a global level and especially in young target groups.

“Together with our network of global broadcasters, the rationale was clear: taking the next step in enhancing the media offering to fans optimised for mobile consumption on digital platforms.”

Personally, it seems as though broadcasters outside of sport should be exploring this feature in order to more effectively gain traction and audiences with those who are viewing on mobile devices.

But there are certainly sport which can benefit from this, such as table tennis, which is often behind a ‘vertical’ table onscreen and could therefore quite easily adapt to streaming in this portrait mode without the broadcast experience being worsened for fans.

It’s certainly an exciting space as this technology continues to develop, and one to keep in mind as sports look to further cater for the younger generation who are consuming most of their content on mobile devices.