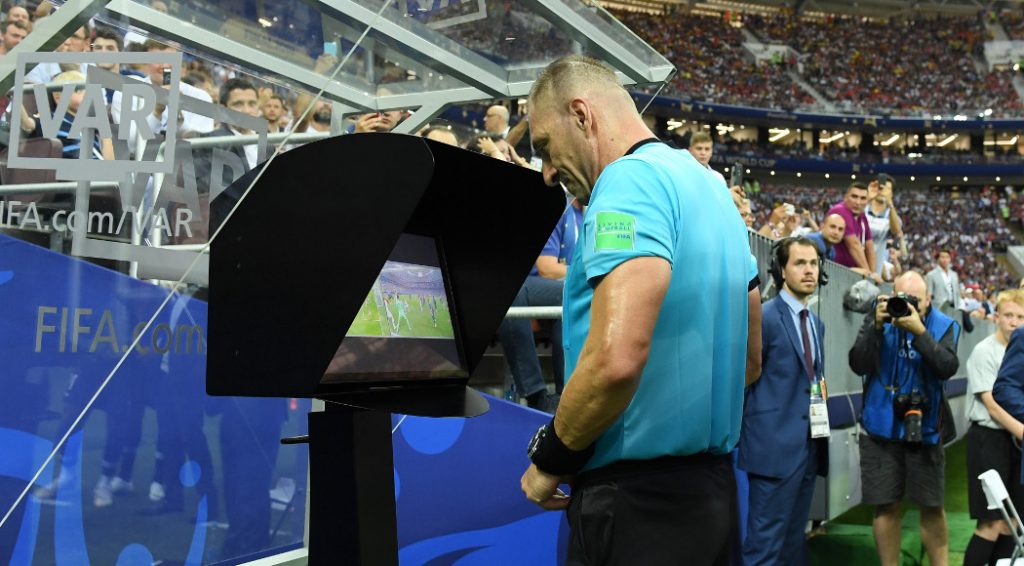 VAR Is Here To Stay – And VAR Sponsorship Is Coming

There is no doubt, whether for or against it, that VAR continues to be one of the most controversial aspects of football, with a large number of fans only embracing it when, conveniently, it benefits their team. Now, in his latest Crowdown for iSportConnect, Tim Crow argues his case, not for or against VAR, but why brands should see the bigger picture of it as the next big sponsorship opportunity in the beautiful game.

A wry smile settled on my face when the news broke in January that Serie A was going to market for a VAR (Video Assistant Referee) sponsor.

After I predicted in 2018 that VAR sponsorship in football’s biggest leagues and tournaments was an inevitability and that it was going to be huge, VAR became so controversial that I copped it from everyone from Marina Hyde in The Guardian to (somewhat less entertainingly) internet trolls. A friend even sent me a T-shirt on which he’d had printed ‘OUTNUMBERED BUT NEVER OUTGUNNED’ with a note that read ‘You’re going to need this if you carry on with this VAR stuff.’

“Despite the criticism and all the controversy around VAR, I’ve never doubted for a moment that I’ll be proved right”

But despite the criticism and all the controversy around VAR, I’ve never doubted for a moment that I’ll be proved right. Serie A’s move is just the start of an inevitable process which the pandemic has if anything made even more inevitable.

But before we consider that, let’s go back to 2018 and the key principles of the argument I advanced at the time, which still hold good.

VAR’s debut at the 2018 World Cup proved that it is quite simply the most visible and valuable sponsorship asset football has ever created.

It became the global talking point of the tournament, regularly playing a crucial role including in the Final itself, and it did so without controversy. Sure, fans of the teams that decisions went against didn’t like them, but all seventeen game-changing decisions were correct, and everyone knew it.

“VAR isn’t part of the sideshow like ad breaks, and it’s not low-voice media like kit branding or perimeter ads.”

If a brand had sponsored VAR during the 2018 World Cup, they would not only have been part of that dominant global story, but also easily the most visible sponsor globally, with a total of 27 minutes of potential global branding while VAR was on-screen – and that visibility would have had a much higher value than anything else a sponsor could buy. VAR isn’t part of the sideshow like ad breaks, and it’s not low-voice media like kit branding or perimeter ads. It’s embedded in the game and has guaranteed talkability. Sponsorship nirvana.

But I can hear you saying: sure Tim, all well and good. That was then, this is now. What about all the controversy about VAR and how unpopular it is with so many fans? Why would any sponsor want to be associated with that?

And I get that, of course. But to suggest that football cannot solve this problem flies in the face of sporting history – and when it does, the size of the prize will be unprecedented.

“VAR will become the most valuable sponsorship asset in football history”

Football is not the first sport to have the problem it currently has with VAR. Far from it, and it strains credulity to believe that football will be the first not to find a solution. Many other sports have introduced tech-based decision-making innovations that were initially flawed and unpopular, but which were eventually perfected. Cricket, notably, struggled with what became DRS for years, but DRS is now widely accepted to have improved the game and is enjoyed by most fans. I believe football can and will tread the same path with VAR, not least because VAR has arrived with perfect timing: never in its long history has football needed a game-changing new revenue stream as much as it does now, to combat the catastrophic effects of the pandemic. What greater motivation could there be to get things right?

In the short term, while VAR evolves, I suspect that other rights holders will emulate Serie A by bundling VAR into a package of similar sponsorship assets such as Goal Line Technology, rather than selling VAR as a standalone sponsorship asset. This approach has the dual effect of reducing a sponsor’s reliance on VAR and cushioning it against negative publicity.

But make no mistake: VAR will become the most valuable sponsorship asset in football history, not only because it is embedded and unmissable in the game, but also because it embraces controversy. Football thrives on controversy, and when it is perfected, so will VAR. The most successful sponsors of VAR will lean into that, and reap the benefits.