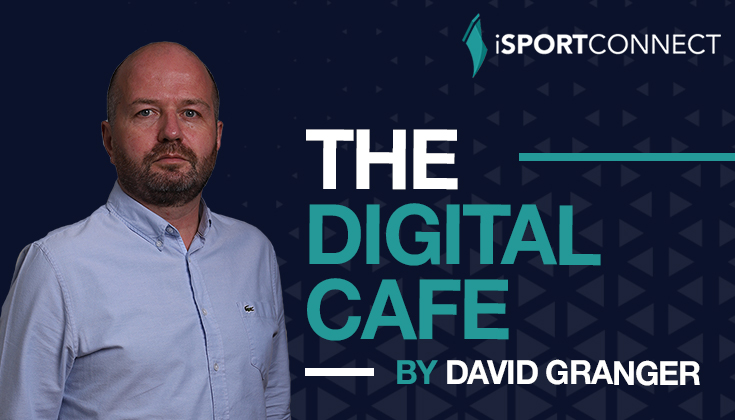 In this week’s Digital Cafe we take an (augmented) look at the latest soccer club to sign-up to a social platform partnership. But no virtual play could ever replace the reality of live sport.

Manchester United have had a busy couple of weeks. Alongside actually playing football, their striker has been influencing the UK government’s domestic policy, their captain is making headlines and… they’ve launched a TikTok channel. Not just launched one, but signed a partnership with the platform to boot.

One sentence in the enthusiastic press release just below “never-before-seen perspective” and “unique digital experience” – was one of particular interest. Among the (let’s face it, anticipated) #challenges, collaborations and takeovers, TikTok and the club will “Work together on thrilling augmented reality content created exclusively for Manchester United fans”. That AR is, or it should be, fascinating. It’s an area where we could see great things.

Ultimately it should enhance the live experience for those watching in stadiums or racetracks.

So far in sport we’ve seen some interesting, some great and some weird AR innovations – from offside calls in soccer to LBW decisions in cricket, boxing in your living room to the projection of a full-on, over-the-top stadium 3D projection mapping live at American Football. And when it comes to commentary and training, AR makes for great viewing – taking the spectator into the action and on to the field of play.

As with all shiny new toys, there will be a period of over-using AR to begin with, but ultimately it should enhance the live experience for those watching in stadiums or racetracks. As technology evolves at an ever-increasing pace, there is the temptation to over-engage but, let’s face it, AR and VR are never going to replace live action.

The continuation of no (or extremely limited) spectators at matches and races means we still hanker after live events. Anyone who has been a spectator or part of a team knows the importance of atmosphere and that’s created by the people there. It’s not only the atmosphere that’s missing, but the revenue as well. Even esports thrives at live events and arguably, that’s one area of sport which could or should work as a remote spectacle.

Sport will always be about the competition, battles, triumphs, disasters (and dull no score draws) not about the add-ons.

That TikTok press release quotes Phil Lynch, Chief Executive of Media at Manchester United, who said: “This… will help us connect with a new generation of fans around the world and provide a platform for new forms of storytelling and innovative club content.”

The devil is in the nuance of that quote. United are not trying to gain new fans, rather connect further with them. Sport will always be about the competition, battles, triumphs, disasters (and dull no score draws) not about the add-ons. The add-ons enhance, they don’t make the experience.

AR, and VR, will be an amazing way to enhance the experience and even replicate it for those unable to attend. But the sooner we get back to reality and actually watching sport live the better for everyone. Even those insistent on watching games through their phone’s AR.

Posts of the Month

Fusing humour, politics and team celebrations is not expected of social media managers, but when they manage it, it’s content gold. So hats off to the Southampton team who managed to get this one out at the moment they were top of the Premier League and the US elections were still awaiting a winner.

Cameras caught Leicester City and England striker James Maddison watching replays before the match against Sporting Braga pictured above). And his conversation was spot on: celebrating Wes Morgan’s goal against Sevilla from 2017 and, as discussed above, saying the players need the fans back.