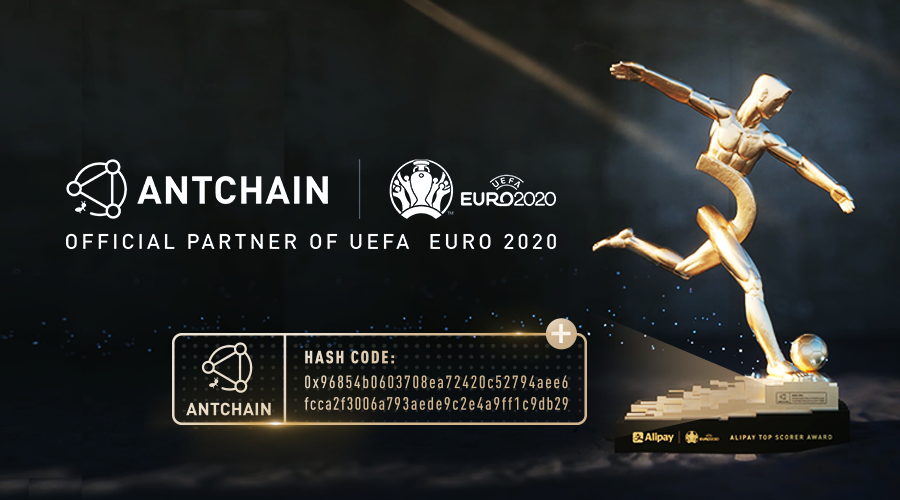 The aim of the UEFA/AntChain tie up is to explore how blockchain technology can be used to further football’s digital transformation efforts and improve the experiences of fans around the world.

Under the agreement, AntChain will become the official global blockchain partner of UEFA Euro 2020, which kicks off tomorrow, and also the 2024 event.

According to the press release: ” The trophy is sculpted in the shape of the Chinese character “支” (pronounced zhi, and meaning ‘payment’ as well as ‘support’), the barefooted player on the trophy reflects the egalitarian footballing ideal that success on the pitch comes regardless of background or status”.

It adds: “The hash code on the base of the trophy underlines AntChain’s commitment to ensuring a permanent, incorruptible record of the top scorer’s achievements with blockchain technology”.