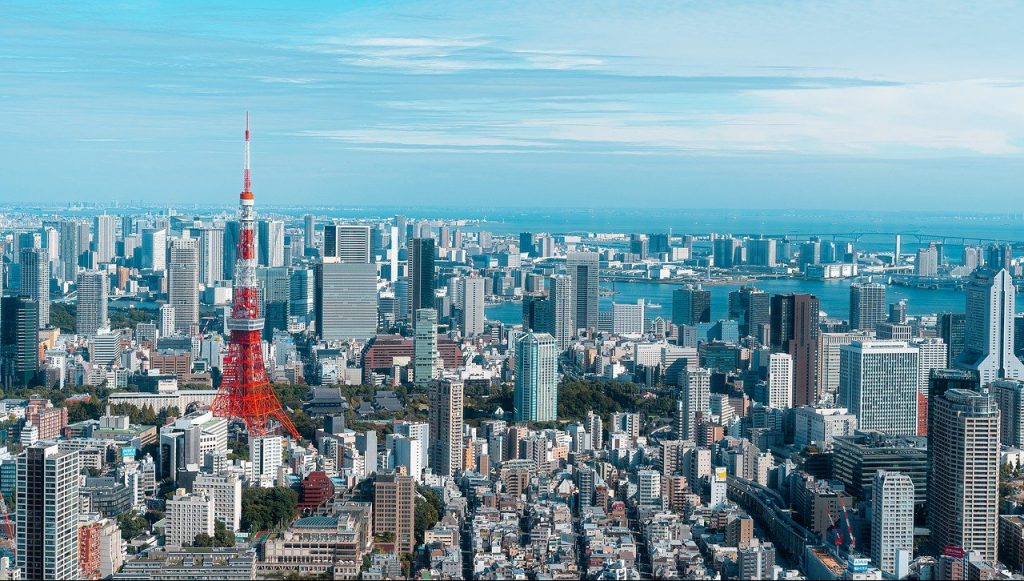 With Tokyo 2020 now well underway, Olympic Games adviser Michael Pirrie believes the evidence is there to suggest that the Tokyo Games are succeeding against expectations.

The Olympic journey to Tokyo was hesitantly delayed amid fears the air in Japan would not support elite sporting activity on the scale of the Olympic Games.

Athletes thought they might have detoured to the wrong destination, arriving to empty venues and a winners’ podium where they presented their own medals.

“The air of trepidation upon landing in Tokyo has started to lift and the ‘doomsday scenarios’ that surrounded the Tokyo Games also have started to shift.”

While there have been many ‘Houston: we have a problem’ moments along the way, the air of trepidation upon landing in Tokyo has started to lift and the ‘doomsday scenarios’ that surrounded the Tokyo Games also have started to shift.

A more festive mood has settled over Tokyo and the Games where fear has been a constant and threatening presence.

Virus particles still linger in the Tokyo air but there is an air of excitement growing too. While the virus remains, the atmosphere started changing as teams adjusted to local conditions and competition called.

The Tokyo Games launched with the Opening Ceremony last Friday and started to soar in recent days as Japanese athletes raced to the top tier of the medals table.

Sports competitions covered Tokyo – on land, on sand, at sea, in the air, with gravity defying gymnasts, in pools and in concrete skateboarding parks.

With spectators banned from venues Tokyo has become a giant broadcast centre with the world’s best athletes performing for socially and geographically distant audiences in locations around the world.

A clearer picture also is coming into sharper focus of Tokyo’s TV Games beyond the protests, polls and petitions that have largely defined preparations.

The orphaned Games that seemed too dangerous to touch have now been embraced in lounge rooms around the world. Families are having Olympics parties and young children are hosting their own “backyard Olympics.”

The Japanese Olympic team’s almost immediate medal success has boosted interest and excitement in neighbourhoods, homes and in conversations in the mega metropolis and prefectures across the nation.

The arrival of Olympic competition sparked a very public and patriotic show of support for the Games in Tokyo and beyond.

Thousands of residents resisted state of emergency stay-at-home requests to get a glimpse of riders in the men’s cycling road race.

TV ratings have indicated that nearly 70 million Japanese viewers, nearly half of the population, had so far tuned into some Games coverage.

While COVID-19 has stripped back many of the marquee programs of the traditional Olympic Games model, like the Torch Relay and ceremonies, the unique Games mythology has survived the pandemic

Even while Covid cases continued to rise, with more than 205 Olympic nations and territories participating, the Tokyo Games has become a global statement that the world of sport will not be defined by the pandemic.

The athletes have vaccinated the Olympic ideals against the virus, and their achievements, with the whole world watching, have revealed much about the human condition and that of the world.

THE STORIES OF THE GAMES

The success of athletes, often in great adversity, can push people, communities and movements forward towards hope and possible solutions.

Australian surfer, Owen Wright, the comeback king of the Games so far, won bronze in surfing’s debut as an Olympic sport after teaching himself to walk again following a brain injury.

Tokyo has shown the chance to represent a home nation at the Games can mean almost everything to some athletes, even in a pandemic devastated world.

One Timor-Leste athlete, for example, who could not practice in a swimming pool during local and regional COVID lockdowns, trained in a stretch of sea known to be inhabited with salt-water crocodiles.

The Olympic legend is based around the stories of the athletes.These stories are also starting to transform the narrative of the Tokyo Games from imperilled to inspirational.

The efforts made by some teams to get to Tokyo has underlined the importance of the Games to many nations even in a world still struggling with a global health emergency.

These include Fiji’s reigning men’s Olympic rugby team, which travelled in cramped cargo class aboard an aircraft normally used to transport frozen seafood after international passenger flights were grounded due to Covid.

For the small East African island state of Comoros, where about half the population lived below the international poverty line of $US 1.25 a day, just to be with the rest of the world in the Athletes’ Parade in Tokyo was enough in uncertain Covid times.

Team GB’s Tom Daley, winning Olympic gold in synchronised at his third attempt was also a powerful Olympic story in Tokyo. This was a long awaited golden goal for Daley after competing at the Olympics initially as a 14-year old at Beijing 2008.

Daley’s story also is one of triumph over adversity as well as social change and enormous personal perseverance, skill and self-belief. “I am incredibly proud to say I am a gay man  and also an Olympic  champion,” he said after winning the event.

“When I was young I didn’t think I’d ever achieve anything because of who I was.”

Sometimes rivalries between and within national Olympic teams and athletes can drive performances to new heights at the Games.

These have included the epic middle distance running classics between athletics legends Seb Coe and Steve Ovett, culminating at the 1980 Moscow Games.

This time the rivalry has been transferred from the track to the swimming pool in Tokyo where Great Britain swimmer Tom Dean, who had to defeat Covid twice just to get to Tokyo, before defeating his Scottish team-mate Duncan Scott in the pool to win gold – the first time British swimmers have finished first and second in the same swimming event in more than a century.

The contest between US swimming legend Katie Ledecky and her younger Australian rival, Ariarne Titmus, known as the “Terminator,” looms as one the great battles of  Tokyo, in or out of the pool.

RIVALRY OF THE GAMES

It is also shaping up as one of the truly great contests in recent Olympic Games history after Titmus took the first of their multiple races against each other, the 400m individual freestyle.

While Ledecky was thought to be unbeatable, Titmus applauded her opponent. “I wouldn’t be here without her,” Titmus said. “If I didn’t have someone like her to chase, I definitely wouldn’t be swimming the way I am.”

Sometimes rivalry is not the key to winning.

Australian 100m backstroker, Kaylee McKeown, dedicated her gold medal to her father who died of brain cancer less than year ago, believing she could feel her late father’s presence as she walked on to the pool deck before the race and in the final stages of the race.

“To dad, I hope you are proud and I keep doing you proud,” McKeown said after one of the emotional moments of the Games.

The Games has brought a constellation of the best athletes on the planet to Tokyo in search of an Olympic medal, still the ultimate mark of recognition and achievement in world sport.

These include tennis superstar Novak Djokovic who had indicated that he might not attend if spectators were banned.

An Olympic medal can be the most elusive quest in world sport, even for world champions like the Tokyo cauldron lighter Naomi Osaka, who has crashed out of the Games.

The Olympic competition cauldron can even challenge the greatest athletes of all time as well as the best in the world. Even today, US gymnast Simone Biles who has suddenly withdrawn from the US team gymnastics final in a shock for her nation and the Games.

Biles, who is also one of the most talented, admired and respected athletes, has qualified for the all round and apparatus finals later in the week.

“Organisers are working around the clock to contain the virus within biosecurity barriers installed to prevent crossover into Games facilities or wider community.”

While soaring temperatures and typhoon-like winds could still cause major disruption, Games organisers and Olympic teams are taking comfort that the super sporting event has not developed a super spreading Covid event.

The Games’ biosecurity bubbles seem to be holding with athletes tested frequently and isolated immediately if positive or on showing symptoms.

Organisers are working around the clock to contain the virus within biosecurity barriers installed to prevent crossover into Games facilities or wider community.

This has been an Olympian task with a degree of difficulty and danger much greater than any Olympic or extreme sport.