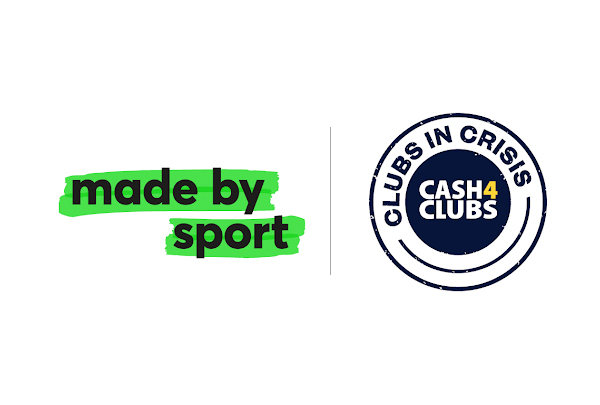 After Team GB once again saw great success at the latest Olympic Games in Tokyo, Made By Sport’s CEO Sophie Mason looks at how the impact of the Games can be continued at the local level.

Waking up in the small hours to see how Team GB would fare at the Tokyo 2020 Olympic Games, it struck me how great an impact sport has on society, exciting and enthralling the nation in equal measure.

Watching images of Tom Daley, Laura and Jason Kenny, Lauren Price, Max Whitlock and so many others win an incredible 65 Olympic medals provided another glimmer of inspiration and optimism in these otherwise difficult times.

But we’ve also seen Team GB’s Tokyo stars such as Katherine Grainger and Adam Peaty speak candidly about their mental health during this year’s Games.

For every elite athlete that makes it to the pinnacle of their sport, there are tens of thousands for whom sport provides triumph of a different kind.

An era of austerity coupled with the devastating social impacts of the Covid-19 pandemic has left a generation of young people feeling lost and uncertain, their mental health affected to the extent that more than three quarters have reported issues with sleep, panic attacks and urges to self-harm.

A 2021 Young Minds Survey showed 67% of young people believe that the pandemic will have a long-term negative effect on their mental health, whilst exercise was ranked as the second most helpful activity to help with their mental health in lockdown.

That’s why I am especially proud of the amazing work Made By Sport’s #ClubsInCrisis campaign has done collaboration with Flutter Entertainment’s Cash4Clubs initiative.

“Since we launched in April of this year, we have donated £1.6m of the £4m fund to almost 800 community clubs.”

Since we launched in April of this year, we have donated £1.6m of the £4m fund to almost 800 community clubs, providing critical support to grassroots sports organisations from across the UK, with 2000 further applications in the pipeline.

Almost two thirds of those grants have been made to organisations helping young people with their mental health (21%) and supporting the development of life skills (45%) – providing a lifeline for those community clubs who have faced financial ruin and potential closure since the pandemic first struck.

While sport is so often rightly associated with fitness and addressing obesity, what we have found is that it’s the valuable life skills that are fundamental to the impact community clubs have on society.

Young people taking part in sport learn self-discipline, resilience, teamwork and routine – all of which give them the skills to contribute positively to society in the short and long term.

“Clubs are getting far stronger in articulating their social value and what they actually achieve for young people.”

Clubs are getting far stronger in articulating their social value and what they actually achieve for young people.

The #ClubsInCrisis fund itself is helping to teach them how best to articulate the importance of looking at sport differently: not just as activity but as a real way of delivering social benefit.

We still have substantial funds to offer community clubs in the form of unrestricted grants of £2021 to help young people to recover from the effects of the pandemic and other causes of mental health problems and wider social challenges.

Community clubs can apply for funding via – www.madebysport.com/clubsincrisis