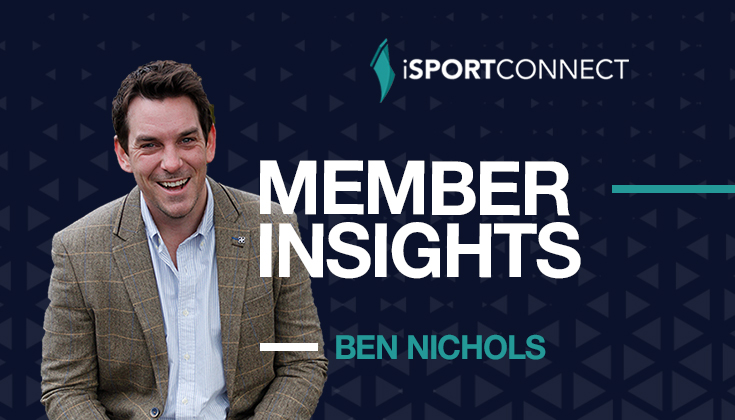 International Sports Communications Consultant Ben Nichols looks at the role sport needs to play within the wider community in his new exclusive piece for iSPORTCONNECT.

At a moment in time when the United Kingdom is finally embarking on its post-European Union future after four-and-a-half seemingly interminable years of uncertainty since the landmark and decisive ‘in’ or ‘out’ referendum, it will be symbolic – to many at least – that this finally-reached-landmark moment has coincided with another joyous moment: Britain becoming the first country worldwide to start rolling out the Pfizer / BioNTech Covid-19 vaccine.

These two moments combined – the first perhaps a result of collective relief following exhaustion of all things ‘Brexit’ whichever way you voted, and the latter pure elation for so many after a dark year that has tested us in ways we couldn’t have imagined –  together, they signal a new, brighter dawn ahead. A new, exciting era for the UK in a fast-changing world.

Whenever there have been success stories, or moments of positive progress in the UK’s story over the past four and a half years, there has been a predictable stream – predominantly from the left-wing segments of the press – of a ‘despite Brexit’ narrative. This ‘despite Brexit’ stream from the more Guardian and BBC-esque quarters of the press has been regularly fed to the public as if the UK’s departure from the EU after 45 years was to be an unfathomable disaster; this, despite the fact that a small but clear majority of the British population voted in the biggest act of democracy the UK had ever witnessed to depart the EU, and also despite the fact that many countries across the world do perfectly well not aligned with a political club such as the EU.

Yet, as the increasingly impotent efforts of a vocal minority to impose a ‘despite Brexit’ narrative on the British population have waned, the shift has turned – as Coronavirus has taken hold – to a ‘despite Covid’ narrative emerging at the first sniff of any success story or positive progress noticed throughout the pandemic.

I don’t need to spare words in this column to reiterate just what a challenging year it has been worldwide, not least for the various industries and economies who have suffered immensely as a result of Coronavirus. The negative impact the virus has had is beyond question. However, the ubiquity of the ‘despite Covid’ narrative that has arisen, not least in the global sport industry, has been palpable and increasingly been seen as an excuse, by some, to sit on hands and wait this out.

The notion that sport “must just wait for 2021” has, in my view, never been a robust argument. Whilst sport itself has, in many instances, been literally put on hold and whilst budgets and resources have, in many instances (though certainly not all) been frozen, the idea that we simply sit and wait has to many observers been seen as a convenient excuse; a sort of ‘let’s wait and see who jumps first’ approach.

However, whilst the ‘despite Covid’ narrative has been allowed to prevail so far and wide – causing unnecessary gloom for an industry traditionally known for hope and optimism – what has stood out are the organisations, individuals, the leaders and entrepreneurs who have not allowed Covid-19 to be used as a convenient excuse for lack of business. It is these organisations and individuals that have shown that most cherished of qualities in times like these: agility.

Rather than sitting out and waiting, it is the Restrata’s of this world – Restrata is the British safety and security company that shifted its focus from its oil and gas sector comfort zone to providing the biosecure environment for the ECB England test series cricket matches, live fan trials for Twenty20 matches and the relocated IPL cricket this year – that have taken a look in there mirror and considered pragmatically how they can still do business in 2020, even if that business is not their usual “bread and butter”.

This ‘open for business’ attitude has been welcome, and has stood some organisations, brands and individuals out from the crowd. The stories of businesses being established – not closed – during 2020, the stories of entrepreneurialism and business generation, these are the hallmarks within the sport industry that we should take note of and that will stand out in this new, shaken-up, post-Covid sporting world – and it is a world that will be different.

And there are are examples aplenty. Take Olympic Champion Team GB cyclist Callum Skinner who established not one but two businesses during the heart of Lockdown Mark 1 in the UK – sustainable coffee brand, Five Rings, and innovative, award-winning cycling glasses business, HindSight. There’s Rio 2016 Para-Powerlifting Silver Medalist Ali Jawad who only last week announced the impending arrival of what looks to be a groundbreaking new Digital Platform for the disabled community, called Accessercise. Then there’s the Professional Triathletes Organisation’s (PTO) new Championship that took place at Daytona Beach last weekend, marking the beginning of the PTO’s journey to progress and modernise the sport – not least triathletes’ earning potential and rights. None of these need come with a ‘despite Covid’ label attached.

Too often, we are encouraged to believe that challenges – even challenges as rare as Covid-19 – must set industries such as sport back, and allow us to ‘wait it out’. Yet, on the contrary, unpredictable years such as 2020 must merely prove to ourselves that we should reflect, yes, but also adjust and act, differently if necessary, to keep the proverbial ball moving, to drive the global sports economy and to restore confidence to a sector in which it has been too lacking of late.

With vaccinations now being rolled out in Britain and other nations worldwide, now is not the time to sit and wait or hope others others jump first. The story of this era is still being written yet it will be determined by those that reflected, yes, but most of all those that adjusted, looked outside their comfort zone, took risks and acted.

The world doesn’t wait for the sit-and-wait-ers. Sport must now defy the doomsayers and embrace its role as a beacon of light for the rest of society as we herald in 2021.