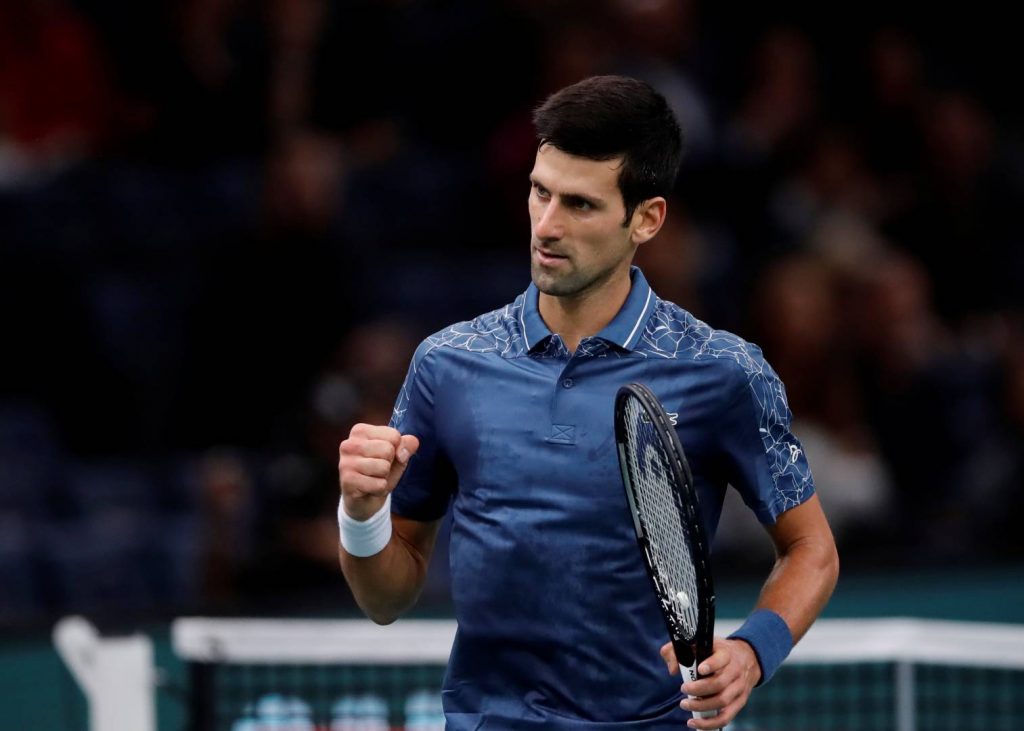 With sport all but having passed the worst of the coronavirus pandemic, with the threat of event cancellation now more minimal, Michael Pirrie reports on the latest battle lines to be drawn, the race to vaccinate sport against the pandemic.

While Novak Djokovic stands out as one of the finest players in the history of tennis, the Serbian superstar has lacked the charisma and fan appeal of many of the sport’s other greats.

Djokovic knows winning is not a popularity contest and retains a strong sense of self-belief, even if he is not as widely admired as some of his peers.

If so, there is a simple move Djokovic could take towards widening his appeal – just roll up his sleeve and take or confirm his Covid vaccinations.

“The vaccination debate impacts on how and where sporting events will be delivered in the fluctuating pandemic.”

This would certainly help to endear Djokovic to legions of fans – as well as rivals on the grand slam circuit – who have already been vaccinated, both to protect themselves while also helping to release their sport from the grip of the virus.

Vaccination reluctance and suspicion has become a difficult issue for major sport and society.

Along with a shortage of global supplies, vaccine indecision is the major road-block on the journey back to a more normal world inside and outside sports venues.

The barriers to vaccination have major implications for sport.

These include the health and safety of players, support staff, venues and host cities, as well as duty-of-care of sports federations, governing bodies and governments and club finances and major events budgets.

At a broader level, the vaccination debate impacts on how and where sporting events will be delivered in the fluctuating pandemic. The vexing issue of sports vaccination is at the heart of the struggle between sovereignty and sport in nations hosting international events while the world struggles to open up.

This saw unprecedented public and medical opposition to the recent Tokyo Olympic Games amid fears the mega sporting event would spread the virus through Japan, lowly vaccinated at the time.

These issues will shape the new landscapes and rules for Covid-safe sport in domestic leagues and competitions and major events on the international calendar.

These will be important moments for world sport in the tentative recovery from the pandemic. The discovery of vaccines was seen as the holy grail against Covid. Vaccinating the world however has been logistically more complex and slower than expected due to production, distribution and delivery challenges.

Positioned primarily as a personal choice, vaccination hesitancy in sport jeopardises the fates and fortunes of entire leagues, teams, careers and even nations.

Sports leaders, team owners, sponsors and investors are also concerned vaccine opposition could delay the return to a more normal pre-Covid society. Sport could be seen as not fully contributing to the global effort of defeating Covid.

This is resulting in a growing raft of measures to stem Covid in sport and to stop season shutdowns, match cancellations, training and travel disruption, fan boycotts, the loss of precious broadcast and ticket revenues and scarce opportunities to win team and individual titles.

Lightweight boxer Teofimo Lopez had to postpone a title fight earlier in the year after he tested positive for coronavirus, experiencing high fever and breathing difficulty. Lopez was not vaccinated, prompting the IBF to mandate vaccination before the championship could be restaged.

Measures to achieve widespread vaccination in professional leagues include clinician led education for players about the life saving benefits from vaccination and warnings of vaccine disinformation campaigns on social media.

Other approaches are more punitive, focussing on rigid training and practice requirements for unvaccinated or uncommitted players, including mandatory mask wearing, testing, social distancing and quarantine if exposed to the virus.

High profile Brooklyn Nets star Kyrie Irving, has expressed doubt and uncertainty about vaccines but will need to confirm his vaccination status or forfeit nearly $400,000 for each home game missed under New York City health guidelines when the new NBA season starts next week.

Since flouting Covid public health guidelines at his Adria charity tournament last year, Djokovic has become a lighting rod for the vaccine controversy in sport

NBA and world basketball legend LeBron James, while “very sceptical” about vaccines when first available, said he had since decided it was the right thing to do for himself and his family.

James said however that “everyone has their own choice to do what they feel is right for themselves and their family.”

Djokovic has also indicated inoculation should be a voluntary decision despite the proven life saving properties and protection conferred by vaccination.

VACCINATING THE FUTURE OF SPORT

Authorities are concerned the anti-vaccination push could undermine efforts against Covid, with new studies showing vaccinations have slashed illness, hospitalisation and death rates in nations that have been widely vaccinated.

“Authorities are also concerned that fans of sports stars reluctant to vaccinate could be influenced by their sports heroes and deprive themselves of protection against the crippling virus.”

Authorities are also concerned that fans of sports stars reluctant to vaccinate could be influenced by their sports heroes and deprive themselves of protection against the crippling virus.

Vaccination will be fundamental to balancing public health and safety at major sporting events in the current period of the pandemic.

This will be central to resolving tense and tough negotiations between host cities, governments, world governing bodies, public health experts, players and protocols.

Vaccinations will be pivotal to keeping major international tournaments going during the pandemic. The upcoming “Ashes” cricket tournament in Australia will be a test case as well as well as a series of test matches.

A looming boycott by the England cricket team over Australia’s strict travel and isolation restrictions was averted at the eleventh hour by a quarantine compromise.

Covid travel and hospitality conditions for the England team – including accommodation for players’ wives and families at high end resort-style settings – were revised, enabling the prestigious and financially lucrative series to proceed.

It is understood that high vaccination levels in the touring squad and among support staff were critical to the more relaxed Covid settings to ally fears of a virus outbreak during the tour.

NO JAB NO PLAY

The vaccine sports wars will be most intense in cities with high Covid case numbers, restricted quarantine, and where the anti vaccination movement is most entrenched.

The Australian State of Victoria is one of the first juristictions in the world to make vaccination mandatory for so-called ‘authorised workers’, including professional athletes.

The ‘No Jab No Play’ policy includes teams in the Australian Football League, the nation’s biggest domestic code, believed to be the first major sports league in the world with a vaccine mandate.

Premier of the state, Dan Andrews, who last year said that a game of golf was not worth a life as Covid cases soared, commented recently that “the notion of getting in to compete in Victoria without vaccination is very low.”

This means Djokovic may have to take a jab to take a shot at history and win a record 21st grand slam at the Australian Open early next year in Melbourne, the capital of Victoria – this is Djokovic’s most successful grand slam event, which he has won on 9 occasions.

“While player vaccination requirements for next years FIFA World Cup in Qatar have not been finally resolved, the high number of athletes vaccinated for the recent Tokyo Olympic and Paralympic Games was critical to minimising Delta infections amongst Games participants.”

While player vaccination requirements for next years FIFA World Cup in Qatar have not been finally resolved, the high number of athletes vaccinated for the recent Tokyo Olympic and Paralympic Games was critical to minimising Delta infections amongst Games participants.

Vaccination will also play a key role in requirements for spectators in Qatar following the explosion of Covid cases amongst fans and visitors to different cities and matches during the Euros this year.

Vaccination is set to become a cornerstone for sport despite opposition in the immediate Covid future. While International travel – the cornerstone of global sporting events – and spectators remain key infection sources, vaccination will be the primary strategy to contain and control Covid in sport.

It will also be the primary insurance policy for governments and investors amid mounting concern amongst local residents that major international events could lead to further delta outbreaks and more lock downs.

The power of sporting federations and governing bodies to negotiate terms, conditions and locations for their events with host cities and nations will be determined by the ability to negotiate and implement vaccine compliant programs with their players and teams.