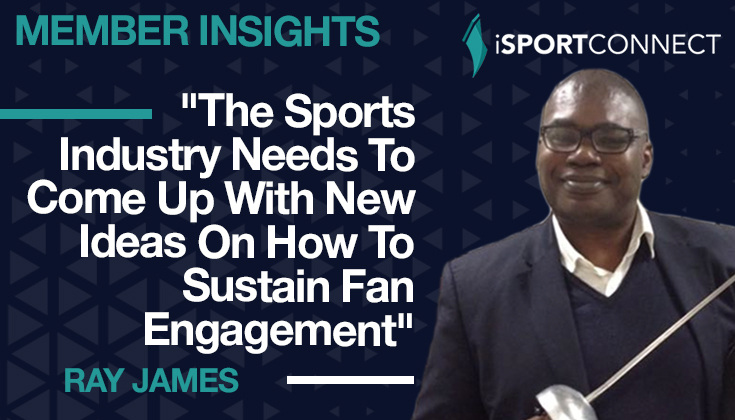 How did you get into sport and why did you want to work in sport?

Well I always enjoyed sport, even though I was terrible at football, but I really enjoyed the business side of sports, which I always wanted to get into. I went the media route, working for the likes of EMAP and a small ad agency who looked after Panini stickers.

That opened the door for me to get to the sports world, where I started at Chelsea Football Club as an advertising/sponsorship manager.

I went for my interview where Colin Hutchison and Ken Bates were the interviewees. The first thing they asked me was which team do I support, I said Crystal Palace and apparently that was the right answer. They didn’t want anybody working there who supported the club.

It was an intense interview then Ken Bates decided to leave the room, he said ‘I’ll be back in a minute’. I must have waited there for at least an hour and a half. We’re talking about the owner of the club here, I didn’t know if he was playing a game with me.

Eventually he comes back and notifies me that he’d just sacked Ruud Gullit, that was my introduction to the football world!

What would you say is the most challenging thing about the sports industry?

Creativity, innovation and revenue generation. The sports industry needs to come up with new ideas on how to sustain fan engagement whether at the live game or at home, and need to keep their fans involved and engaged.

This means extending their content through various sources of media and providing fans more ways to interact with their brand to engage with fans, supporters and customers. Naturally digital will play a massive part.

What about inclusion and diversity within sport?

There’s been lots of conversation around Black Lives Matter and various organisations, and rightly so, but we’ve had all the talking now, it’ll be interesting to see what sport will do in the next 6-12 months to deliver real social change from the boardroom to the pitch.

What’s the best sports product in the World?

I think it has to be the Olympics. The games bring so much attention to smaller sports that wouldn’t otherwise have a following. When else is archery going to have international broadcast coverage? These incredible athletes devote their lives to sports and finally get the recognition and respect they deserve.

What’s your favourite moment in sport?

It might sound sad but one of my favourite table tennis players is a guy called Jan-Ove Waldner, watching him win the 1992 Olympic Games. Because China and Asia have always dominated, but he transcended that sport and for me he’s probably one of my all-time heroes as well as Desmond Douglas.

Your favourite city in the world?

What would be your final meal on earth?

And finally, where will Crystal Palace finish in the 2020-21 Premier League?

In the top 6 European places and above Brighton.