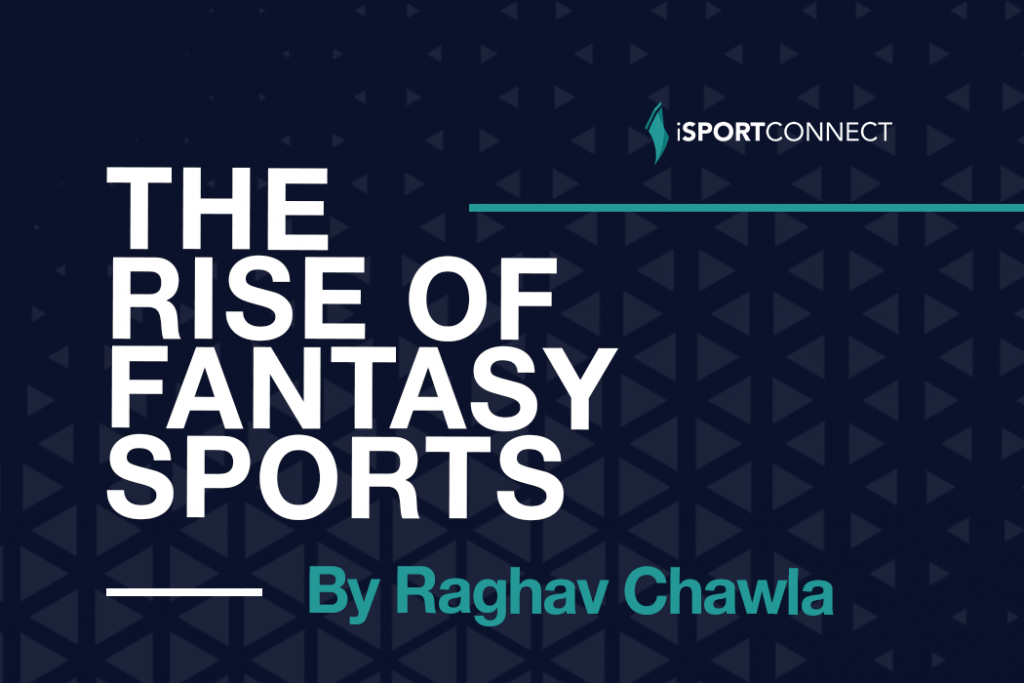 The Rise Of Fantasy Sports

In this week’s community piece, iSPORTCONNECT’s Raghav Chawla looks at the constant rise of Fantasy Sports.

The idea of creating a team and managing it by picking up the players of your choice from the sport that you love the most in itself is very satisfying.

Unlike other eSports, Fantasy is dependent on the actualities which make it so significant and unique. With the rise in internet accessibility, this Sport has only witnessed a seamless growth in terms of popularity.

The major factors that contribute to the popularity of Fantasy are:

Covid-19 has had a positive impact on Fantasy Sports’ Market, as more and more people are isolating themselves, the demand for online gaming platform has significantly increased.

Since the players are not required to interact physically with the fellow players, the current scenario for the game couldn’t have been any better.

The fantasy sports market is expected to register a Compound Annual Growth Rate of 5% over the forecast period 2020-2025.

Fantasy sports games has a great impact on the “user” i.e. the player, it leaves him/her more excited for a game than the game alone could ever have. Every second of every game counts regardless of who is playing and what the score is, and as a result, fans consume more sports content across all media platforms once they start playing.

No game seems to be one-sided for a Fantasy player, as the points are based on a player’s individual performance rather than the team’s performance, due to which every game feels like a nail-biter.

Being a Premier League fan myself, I do play the Fantasy Premier League (FPL) against 7.6 million players. Watching every game makes more sense now because the Fantasy’s team performance is based on the players’ performance which is not limited to an individual club. “Out-of-market” sports packages feel more relevant than ever.

According to a survey conducted by the FIFS, more users are spending more time on various sports. Among the 1,434 respondents who engage with online fantasy sports, stated that around 60% of users claim to now follow sports more than before because of fantasy sports. 87% of those who play fantasy sports claim that they now research more information to be able to make a better strategy when playing fantasy sports.

Around 59% have started watching new types of sports because of their interest in fantasy sports. After starting to play fantasy sports, 48% of users now watch every game irrespective of the team. 38% of users lookup social media updates as sources of information for sports content. Television remains the primary source for watching various sports with 51% claiming to consume sports content for more than five hours a week after playing fantasy sports.

Major players in the world of Fantasy

The points below show the kind of impact that has already been made by a few of the big companies in the Global Fantasy Sports Industry:

Mobile Premier League (MPL) has recently replaced Nike as the new apparel sponsor of the Indian Cricket Team. It is a three-year deal worth US$ 16.18 million. BCCI will also get a revenue share of 10% of every jersey or merchandise sold by MPL.

Gambling or not, it seems all uphill for Fantasy Sports gaming.