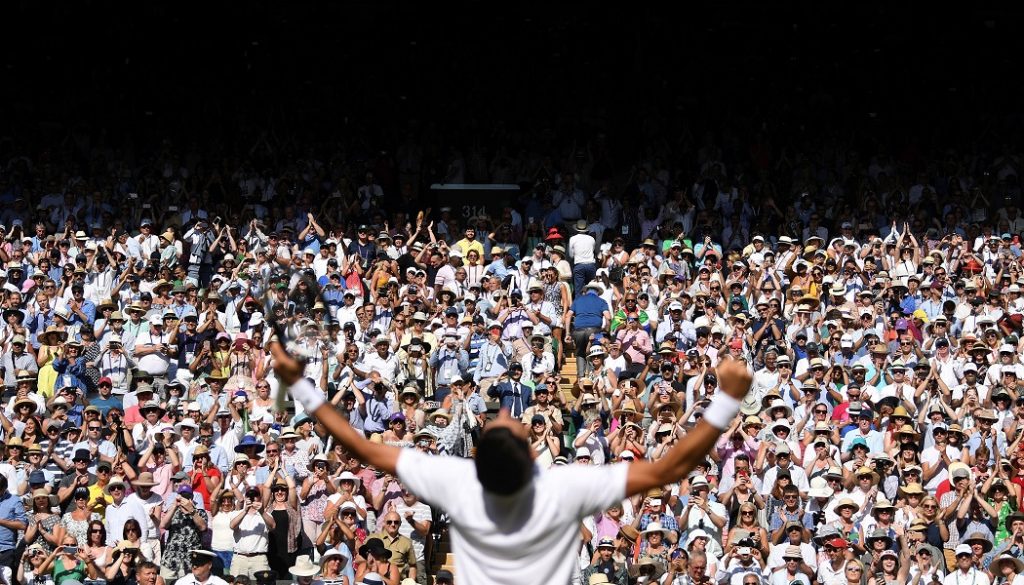 “The Point Of PR, Conducted Professionally And Ethically, Is To Help Shape And Share A Message Authentically”

Following Novak Djokovic’s attempt to clarify his situation and present his side of the story from his recent deportation from Australia in a new feature interview with the BBC, David Alexander, Founder and Managing Director of Calacus PR, explores the importance of PR in this situation.

There’s no doubt Novak Djokovic got plenty wrong during the Australian Open debacle in January.

Doubts about the veracity and timing of his tests, mixing with kids, his family associating with Nigel Farage and links to far right nationalism all abound.

There has been plenty of righteous indignation about his refusal to have a Covid vaccine.

How could a global sports star dare to make a decision that flies in the face of science & the wellbeing of the world? He’s a poster boy for anti-vaxxers & a terrible role model, right?

“Does he really deserve the status of a pariah directed at him because he does not want the jab?”

Whether you agree with Djokovic’s views on the vaccine or not, does he really deserve the status of a pariah directed at him because he does not want the jab?

Did he lash out when ejected from Australia? Did he raise a fist for the anti-vax movement?

If you take a step back from the outrage, if you put yourself in his position, wouldn’t you want to put your side of the story, not just for commercial benefit but to address some of the speculation, innuendo and criticism that now follows every mention of your name?

Djokovic arranged to do an interview with BBC News which addressed many – but not all – of the criticisms and concerns which arose from the events in Australia.

Amol Rajan is a fine journalist and did a good job, getting the balance right between interrogation and listening.

Much has been said that this is just sanitised ‘spin’ from an arrogant sports star who hid behind rehearsed soundbites and a controlled narrative that raises as many questions as answers. But this wasn’t a highly controlled and created video release… it was the BBC (which I know many lambast).

I’ve worked with CEOs and leading sports stars for more than 20 years, and I can tell you that even those who regularly face the media can stutter or trip up when under the glare of questioning.

It’s not ‘spin’ to help someone frame their message, honestly and articulately, especially in times of an issue or crisis.

“I didn’t get the impression that Djokovic sought sympathy or was doing this for anything other than giving his side of the story and to explain his position.”

There’s also a huge difference in PR specialisms. A PR team who support commercial interests or competition often has a very different skillset to one who focuses on issues or crises.

During the interview, Djokovic explained that he hadn’t addressed the media out of respect for the legal process; he never espoused a global anti-vax movement; never complained or asked people to feel sorry for him.

We don’t have to agree with Djokovic’s vaccine stance to accept his decision not to have it. He made it clear he doesn’t expect rules to be broken or bent on his behalf and accepts that medical scrutiny may prevent him competing as much in future.

I didn’t get the impression that Djokovic sought sympathy or was doing this for anything other than giving his side of the story and to explain his position in the face of mounting criticism for his views on Covid vaccination. Shouldn’t he have that right?

I’ve seen comments from journalists I hugely respect turn this into another opportunity to batter PR, to criticise any responses that seem measured and yet I see others understandably latch onto any clumsy interview where communications advice has not been sought or followed.

The point of PR, conducted professionally and ethically, is to help shape and share a message authentically.

Sadly there are some who don’t adhere to such standards & many media who still associate PR with scurrilous gossip-traders such as the (late) Max Cliffords of this world.

I highly doubt the BBC would have agreed to the Djokovic interview on the basis of a litany of conditions, which would appear to contradict the intent to share his side without being contrived or compromised – and journalists love a moan if PRs interfere.

There have been suggestions that he or his PR team had demanded the questions in advance but the line of questioning would hardly have been a surprise given the discourse around the Melbourne madness.

Yes, Djokovic’s performance during the interview was polished and he was well prepared for the topics raised, but he was hardly given an easy ride.

“I’m sure he’s well aware that mistakes were made and lessons can be learnt from this affair.”

There was control insomuch as this was with one journalist, not a baying mob bombarding him with shouty questions as often happens (and just makes the interviewee look like a startled rabbit in headlights).

But you don’t have to agree with Djokovic’s stance – and I saw nothing to suggest he wants others to follow his views. I’m sure he’s well aware that mistakes were made and lessons can be learnt from this affair.

But to level him with arrogance when he fronted up and blame PR for anything you disagree with says more about human nature than anything else.