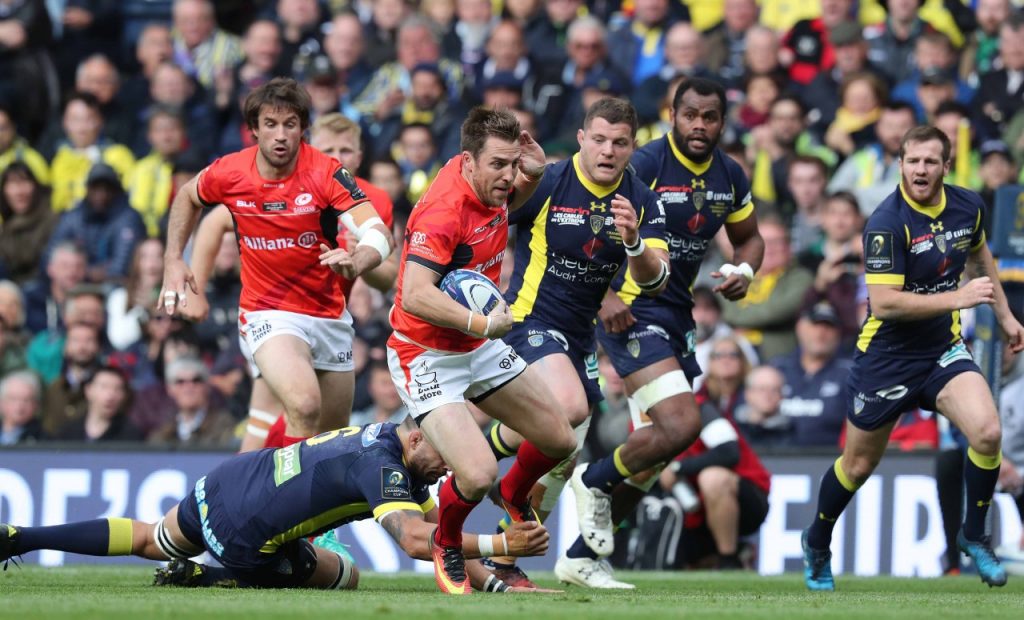 The Heineken Champions Cup and EPCR Challenge Cup are set for a major viewership boost with the announcement that BT Sport, as well as ITV, RTE and S4C, have all agreed multi-year partnerships for the new broadcast cycle in the UK and Ireland.

BT Sport, who have delivered comprehensive and innovative coverage of the elite club competitions since 2015, have recommitted to the Heineken Champions Cup and EPCR Challenge Cup to extend their long-standing partnership with EPCR. As lead broadcaster in the UK and Ireland, BT Sport will continue to televise both tournaments until the conclusion of the 2023/24 season.

In addition, ITV, RTE and S4C have come on board in the UK and Ireland to provide free-to-air coverage and the new agreements will expand access for rugby fans across two key markets to the Heineken Champions Cup – the world’s biggest and most celebrated international club rugby competition – which is entering its 28th year.

The agreements with ITV and RTE, which will see each broadcaster cover one Heineken Champions Cup match per round in the UK and Ireland – including the Final – on a free-to-air basis, also run until the end of the 2023/24 season.

S4C will focus on the Welsh regions with live coverage of all Ospreys’ pool stage fixtures in the Heineken Champions Cup as well as one match featuring either Cardiff Rugby, Dragons RFC or the Scarlets in each pool stage round of the EPCR Challenge Cup also until the conclusion of the 2023/24 season.

“Broadcast partnerships are a massively important part of our strategy to bring our world-class competitions to even wider audiences, and we are very pleased with our partners in the UK and Ireland for the new cycle,” said EPCR Chairman, Dominic McKay.

“Following on from what was a magnificent Finals weekend in Marseille last May, we are delighted to continue to work with BT Sport, who have delivered incredible coverage of, and audience growth for, our competitions. It is also significant that we welcome three free-to-air partners on board in ITV, RTE and S4C, who will boost our viewership and profile as South African clubs come into the EPCR fold.

“BT Sport, ITV, RTE and S4C represent four more exciting broadcast partnerships in the key markets of the UK and Ireland, and with beIN SPORTS and France Télévisions in France, SuperSport in South Africa and FloSports in the USA, we are looking forward to bringing the pinnacle of international club rugby to more audiences than ever before.”

Today’s (Wednesday, 5 October) update follows previous announcements of broadcast partnership renewals by both beIN SPORTS and France Télévisions in France as well as confirmation of SuperSport as the exclusive broadcaster of EPCR’s tournaments in South Africa, with the Heineken Champions Cup and EPCR Challenge Cup set to extend their global reach with the historic inclusion of the DHL Stormers, Vodacom Bulls, Cell C Sharks, Emirates Lions and Toyota Cheetahs from this season.

EPCR has also agreed a multi-year agreement with the streaming platform FloSports, the home of rugby in the USA, as the exclusive broadcaster of the tournaments to American rugby fans until the conclusion of the 2024/25 season.

The deal is part of a ground-breaking alliance which will see the Heineken Champions Cup and the EPCR Challenge Cup bundled with key fixtures in the BKT United Rugby Championship and the TOP 14, ensuring viewers in America will have unprecedented access to all four competitions on one digital platform.

Last month, BT Group and Warner Bros. Discovery completed their transaction to form a 50:50 Joint Venture (JV) that combines the assets of BT Sport and Eurosport UK. As the JV works to develop a new sports offering for the UK and Ireland, BT Sport and Eurosport UK will retain their separate product propositions and customers can continue to enjoy the sport offerings in all the same ways as they do currently.

Niall Sloane, ITV Director of Sport, said: “This new deal brings rugby fans live, free-to-air coverage of some of the biggest matches in club rugby, featuring the stars of the game and adds Heineken Champions Cup action to ITV’s range of top-class rugby alongside the domestic and international competitions we bring to viewers.”

Declan McBennett, RTÉ Group Head of Sport, said: “The Heineken Champions Cup is a tournament that is much loved and followed by fans throughout Ireland. We are delighted to partner with EPCR to bring this prestigious competition to audiences free-to-air and extend its reach to the widest possible audience in the Republic of Ireland.”

Geraint Evans, S4C Director of Content and Publishing Strategy, said: “The Heineken Champions Cup and EPCR Challenge Cup are two of the finest competitions that club rugby has to offer and we are pleased to renew our successful broadcast partnership with the EPCR. S4C viewers will be able to follow the progress of all four Welsh regions across both competitions and we look forward to some top-quality matches.”

With more than 50,000 tickets already sold for EPCR’s 2023 finals, the journey to Dublin’s Aviva Stadium will get underway in early December, and the exact dates, kick-off times and TV coverage of the pool stage fixtures will be announced later this week.