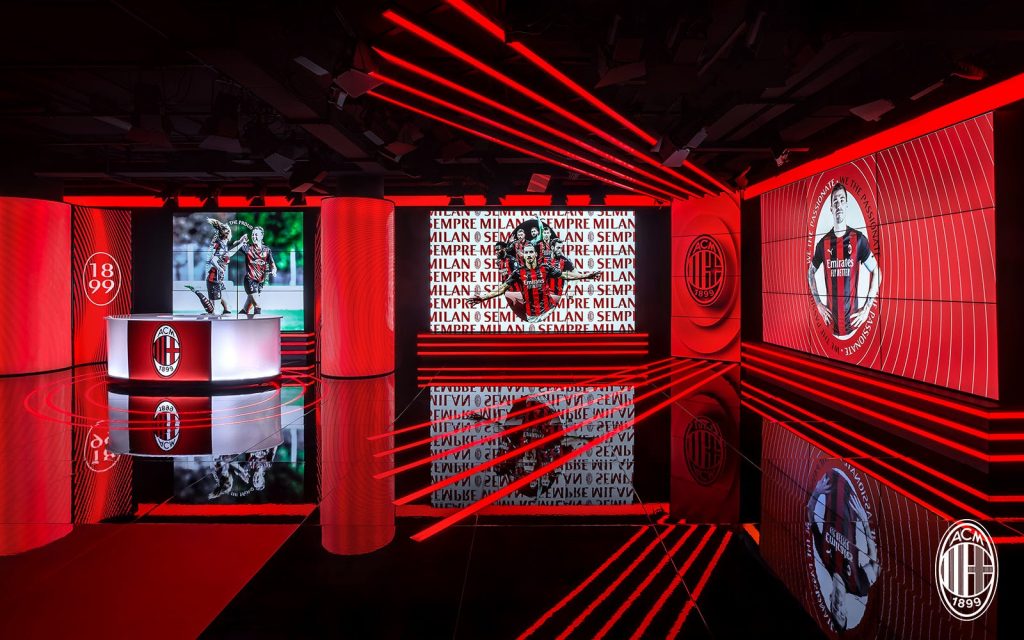 In the Digital Cafe this month, David Granger takes a look at the trend of bringing content production in-house and the benefits and pitfalls of clubs expanding their owned channels.

Earlier this year AC Milan joined the growing number of clubs and brands in launching their own in-house production arm. As the promo videos proclaim, The Studios Milan Media House means they’re moving from a great football club to a global media company.

The model – in-house production, own-channel distribution, total editorial control – makes perfect sense. Beginning with digital and evolving with social, owning production and distribution has for the last decade been a way of expanding the remit of your communications department.

“Interestingly some of the major corporations are now moving the other way – re-working the model to outsource more and more content creation.”

In the wider world of marketing, this in-housing of content creation has been about for some time, and interestingly some of the major corporations are now moving the other way – re-working the model to outsource more and more content creation.

However, there are a myriad of advantages: control of entertainment, control over editorial and control of end-user interaction. For sport this is especially important. The narrative of the actual game, race or event itself is never certain – it’s what makes sport unique – so when you can’t control the on-field outcome, having control over the media output is even more attractive.

When Red Bull entered Formula One in 2005, the team which emerged from the ashes of the Jaguar (nee Stewart) racing team were unlikely at that stage to be a big challenger in the races*. But, where they did excel was controlling the narrative off-track: The Red Bulletin satirical paddock magazine, the launch parties, the Formula Unas, the film tie-ins were all PR generated for an F1 audience of millions when Red Bull Racing weren’t (yet) world championship contenders.

For AC Milan this is not, presumably, the sole reason for their expansion into in-house studios. They will potentially benefit from a new revenue stream (the facilities are available for hire to third-parties for their own  production), they can ensure fans get engaging, relevant, AC Milan content during and off-season, sponsors can be gifted new onsite produced content for their own digital and social channels . And they have a new venue as the studios are designed to host Town Halls, meetings with sponsors and team-working events.

So. Any drawbacks? Well, the benefits of in-house production and content control need to be balanced with several considerations. Firstly, the output has to remember who the audience is. One colleague I worked with in a previous life complained that some content was produced for “an audience of one” – essentially the management. They may have been brilliant at business acumen, but weren’t always the most savvy when it came to digital and social content (and as soon as the word content is uttered, let alone produced, everyone is a homegrown expert…). And anyone who has tried to create by committee will know the pitfalls. Owning the means of production and distribution is great, but fans can see through overtly corporate messaging or irrelevant sponsor contract requirements.

The other element in-housing production should address is ensuring there’s a broad perspective. Some clubs’ Comms diktat needs to be tempered with an understanding of what their fans will actually appreciate. Building a production company is not merely an extension of the social media intern’s iPhone footage. The technology of content planning, production and publishing (and the ensuing audience feedback to guide future production) is no small task and once established is no guarantee that fans will lap up every image, film or report.

The better content is also that which travels beyond your owned channels. Filming great behind-the-scenes content is all well and good, but its real value comes when it gets picked up by third-party publishers. The editorial needs to be good to warrant sharing by fans and distribution by third party media.

“The editorial needs to be good to warrant sharing by fans and distribution by third party media.”

It will be great to see how output changes with the launch of the Milan Studios. They’re promising a new perspective on the Rossoneri world which is exactly what a great Media House will deliver. Providing, of course, the output addresses the needs and wants of the right audience.

If you’re looking for great examples of engaging, in-house created content, then check out Ipswich Town who play in England’s Football League One (They may not have a Media House (yet), but their idea to send fans a photo with a view from their seat while crowds are still absent is genius.

Costs nothing, great interaction, (nearly…) user-generated, and produces a great thread of content and context as well. Check out the thread here: https://twitter.com/IpswichTown/status/1370389254740787202

*although, their maiden race did result in a David Coulthard fourth place and Christian Klien in seventh, so respectable.