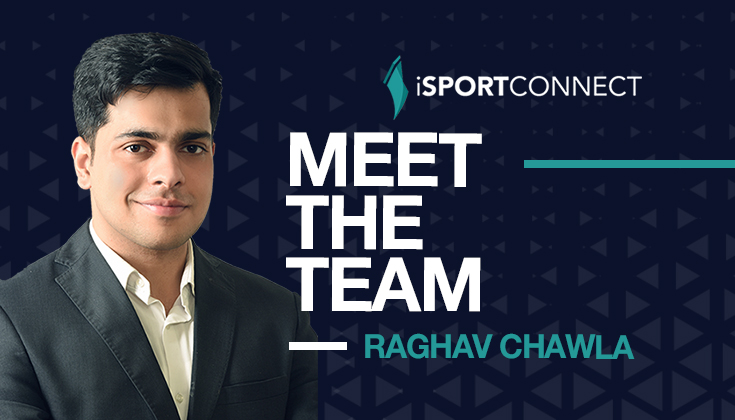 The Different NFTs Available To Sports

For this week’s Meet The Team piece, CRM Manager Raghav Chawla takes a closer look at the key NFT modes that sport is adopting to make the most of this new commercial proposition.

What is an NFT

NFTs (non-fungible tokens) are digital assets that reside on a blockchain, and the main benefit of doing so is that one can identify who developed the NFT and who owns it. Every time the NFT gets transferred from one person to another, the trail gets recorded, and therefore, it is not interchangeable since it is fully unique and contains certain distinguishing information that can be easily verified; thanks to blockchain technology.

NFTs are extremely valuable and in high demand, as it runs on exclusivity. Take a look at the numbers: since the first NFT project surfaced in 2017, the market for digital assets has witnessed significant growth. In 2021, the NFT market continued to exceed expectations with analyses showing between 1785% and 2100% growth in the first three months of 2021 alone, totalling more than US$2 billion spent on NFT collectibles. Forecasts for 2021 continue look extremely positive for the emerging market, already valued $20 billion higher than 2020.

In sports, for some fans, NFTs could be a form of investment: they can resell tokens and earn money from them, and for others having a one-of-a-kind NFT backed by a real item could be a joyful and unforgettable emotional experience.

The question that arises now is, what could possibly be tokenised/minted in sports?

NFTs in sports can represent a wide range of exclusive items, from collectable sports highlights to virtual trophies and digital autographs, etc.

Some of the major NFTs in sports are as below:

The highlights of a match have grown up to play a significant role in terms of tokenisation. A single unique moment from a match could be converted into high-value NFTs and end up in a fan’s digital collection.

NBA Top Shot- A blockchain-based trading card system where basketball fans can purchase, sell and trade officially licensed video highlights called “moments” of their favourite players. The moment where LeBron James dunked over Nemanja Bjelica in 2019 recently got sold for $208,000.

A league or team can create a marketplace that can serve as a platform for selling its exclusive collection of NFT cards. Online games could be constructed around these cards in which players compete against each other or team up and host virtual competitions.

Sorare – It’s a virtual game with collectable cards and is based on Ethereum. Players can establish teams, get awards based on real-world football fantasy league scores, and could buy, sell, trade, and manage their virtual teams using digital player cards. It has partnered with more than 100 football clubs, including the likes of Bayern Munich, Real Madrid, Liverpool, Juventus, Athletico Madrid, etc, and has issued more than 100,000 cards, and now has more than 15,000 managers, who have traded cards for a total value of more than $20 million in the primary and secondary markets.

Famous memorabilia in sports could consist of sports equipment, trophies, tickets, outfits, and accessories, that can be digitalized, and hence tokenised.

Athletes or teams could transform their archives into NFTs if they haven’t already been released on the Internet. This gives the token its value for exclusivity. The buyer is generally granted exclusive non-commercial rights to the one available copy of the photo.

Kimani Okearah, a photographer, minted a photo of LeBron James on OpenSea (a marketplace with millions of dollars worth of rare digital items and collectables) which is worth approximately 10,000 Ether (and therefore has a value of more than $20 million)

Fans would like to have more influence over the decisions their clubs are taking. Tokenised governance systems could allow them to do just the same. The simplest application is a tokenised voting: set up correctly, each token holder has a verified & unique identity on the blockchain.

This approach is used as more of feedback than a governance system, which may range from trivia (design of next season’s jersey) to important matters (next season’s budget for player salaries), as the organisation sees fit.

UFC has partnered with cryptocurrency firm Chiliz to launch a blockchain-backed fan voting and rewards program. UFC’s fans with tokens will be able to vote on topics related to the fighting league through digital polls and surveys, and they will be rewarded with points for voting.

A fan dreams of meeting his/her favourite sportsperson. Athletes can use this leverage to issue NFTs to hold up a meet and greet with their fans, which could be held on an offline or online platform.

Rob Gronkowski from Tampa Bay Buccaneers of the NFL, has launched his own Rob Gronkowski Championship Series NFTs. It has a rare in its collection called 1-of-1 Rob Gronkowski Career Highlight Refractor Card. Whoever buys it will get to a meet & greet with the footballer.

His collection generated over $1.6 million in revenue, with all NFTs representing verified digital ownership of each of the 349 cards being sold out.

Various NFTs can be issued by famous sportspeople, with the proceeds going to charity organisations and those in need. From every perspective, this is a win-win situation: NFT collectors and sports enthusiasts may get their hands on the objects they want, while the most vulnerable members of society can benefit significantly.

Ethernity Chain (one of the biggest blockchain-based charity initiatives), recently raised $750,000 from Pelé’s digital trading cards collection, and 90% of the proceed raised from this NFT went on to Pelé Foundation, a charitable organization for children, and the rest of the funds went to the platform.

COVID-19 has changed the current scenario, a lot of things have moved to digital from physical now and that’s one of the biggest reasons why people are providing ways to monetise themselves or creating NFTs, which have been a blessing in disguise for some.

It looks like a crazy moment where we’re getting our heads around new technology, but eventually, the whole concept won’t look novel anymore. The prices for NFTs will go down, but the technology that allowed it all to happen will probably stick around.