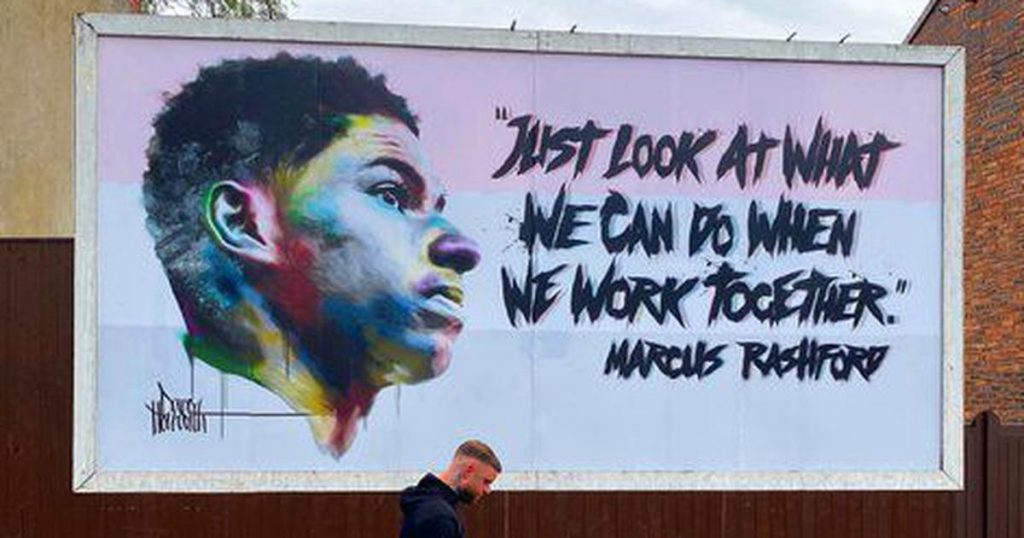 “The Debate About Sports Activism Is Over, The Time Is Now”

As we begin 2021, David Alexander, Managing Director of Calacus PR, looks at how the issue of sports activism altered over the past 12 months, and what is in store for 2021 as it continues to rise ahead of major events this summer.

There’s little doubt that 2020 was a difficult year for us all.

Sport suffered significantly due to lockdowns that have hindered competition, spectators attending in person and grassroots sport that means so much to so many.

But with more time on their hands, sports stars have been showing why the debate about sport and politics and sport and social good is essentially redundant.

If you go back in history, there are many instances of sports stars using their platform to make a political point.

“With more time on their hands, sports stars have been showing why the debate about sport and politics and sport and social good is essentially redundant.”

Muhammad Ali protested about the draft and refused to fight in the Vietnam war. That lost him his boxing licence and some of his peak years.

African-American athletes Tommie Smith and John Carlos raised a black-gloved fist during the playing of the US national anthem, “The Star-Spangled Banner” during their medal ceremony in the Olympic Stadium in Mexico City in 1968.

And in more recent years we’ve had NFL quarterback Colin Kaepernick take the knee to protest at inequality and police brutality in the United States.

Over in England, Manchester City and England forward Raheem Sterling has been vocal about racism in the game after both fans and media have targeted him.

“First and foremost, I don’t really think about my job when things like this happen. I think about what is right,” he said when discussing racism in the game.

In light of the death of George Floyd in the United States, footballers have been taking the knee before most top-level matches, to highlight the importance of diversity and equality in society.

England captain Harry Kane explained why it is so important that the ritual is continued: “We are a huge platform to share our voices across the world,” he said.

“I hear people talking about taking the knee and whether we should still be doing it and for me I think we should. Education is the biggest thing we can do to teach generations what it means to be together and help each other no matter what your race.”

Fellow England forward Marcus Rashford has also been in the news for all the right reasons, somehow managing to help Manchester United on the pitch while changing UK government policy off it.

Rashford has opened up about the struggles his family endured, relying on free school meals, breakfast and after-school clubs, food banks and vouchers to ensure he could eat.

He addressed the issue of children missing out on a free school meal during the UK’s coronavirus lockdown, which saw the government make a U-turn and make the vouchers available.

He then partnered with Fareshare to ensure food that would otherwise be wasted was redistributed to good causes and in early September, Rashford went even further, creating the Child Poverty Task Force with the food industry to shed light on the issue of child food poverty in the UK. No wonder he was awarded an MBE.

France and Barcelona forward Antoine Griezmann also took a stand against electronics brand Huawei, after reports emerged that the company was developing facial recognition software to be used on Muslim Uighurs in China.

“I take this opportunity to invite Huawei to not just deny these accusations but to take concrete actions as quickly as possible to condemn this mass repression, and to use its influence to contribute to the respect of human and women’s rights in society,” said Griezmann in a statement.

“When sports stars, clubs or federations work with brands, particularly these days, there needs to be constant dialogue.”

Huawei responded that they would like to speak to Griezmann, which begs the question why these discussions were not had between Griezmann or his representatives and Huawei before he cut ties.

Griezmann’s resignation as an ambassador will make the news, but if he HAD spoken with the electronics brand, he could have potentially worked with them to ensure better treatment of Uighurs.

When sports stars, clubs or federations work with brands, particularly these days, there needs to be constant dialogue.

Aligning yourself with a brand just because of a logo or free merchandise is not enough these days – and there is a lot of research that suggests consumers want their brands to make a positive difference.

But we have seen this year that sports stars feel more empowered than ever to try and make a positive difference, using social media to communicate which gives them a huge reach on channels that THEY own and so avoiding any misinterpretation or sensationalism that may have come from sending out a press release or staging a press conference, for instance.

As we move into the new year, the Tokyo Olympic Games this summer will be fascinating and provide a strong indicator for future trends.

“Calls have increased this year for a change to Rule 50 of the Olympic Charter, which bans any form of political protest during the Games.”

Rule 50 of the Olympic Charter states that the field of play and medal events should be ‘separate from political, religious or any other type of interference’ but it has been criticised recently, with new independent body the Athletics Association saying it is not fit for purpose.

Calls have increased this year for a change to Rule 50 of the Olympic Charter, which bans any form of political protest during the Games.

World Athletics have, for instance, said that athletes should have the right to make gestures of political protest during the Games, contrary to official IOC policy.

IOC President Thomas Bach has said that the Rule will be reviewed but more recently has said that “Inclusiveness and mutual respect also by being politically neutral” is also important.

The Games are supposed to be unifying so it will be fascinating to see who protests if Rule 50 remains in place.

Hello I am CEO of the Scottish Football Supporters Association and we would like to share this with our members. Please let me know if this is possible. Paul