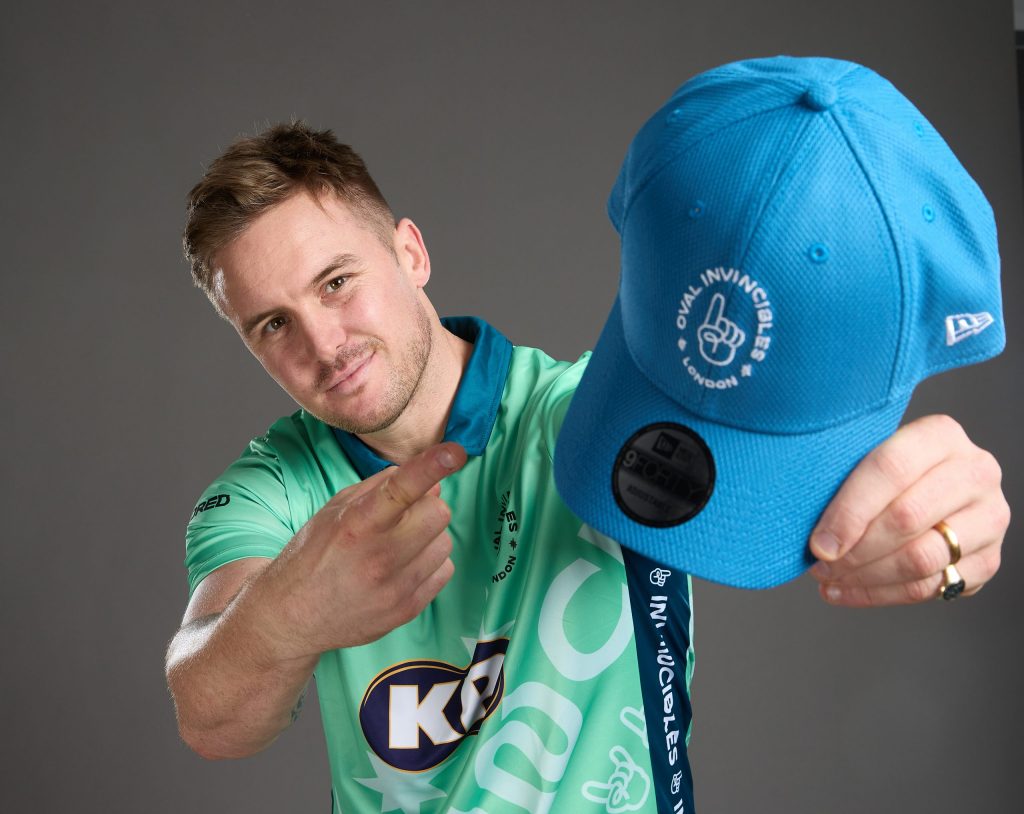 “The Big Focus For Us Is Making Sure The Hundred Delivers As A Digital-First Competition.”

The Hundred, English Cricket’s first ever franchise competition, gets underway on Wednesday July 21st as the Oval Invincibles face off against the Manchester Originals in the women’s side of the tournament, which will run adjacently to the men’s edition.

Ahead of the tournament getting underway, iSportConnect’s Ben Page spoke to Rob Calder, Commercial Director of The Hundred, to discuss how this new model is aiming to become a commercial force within English cricket, while also expanding the game’s audience.

“Commercially, what’s been great about The Hundred is that the commercial ambition has been tied very tightly to the overall audience ambition and that’s been about driving reach, a re-appraisal of cricket and bringing in the next generation,” says Rob.

“The commercial ambition has been tied very tightly to the overall audience ambition.”

“When it comes to the partners that we’ve brought in, we’re really pleased to have a great balance of pre-existing partners, people like Vitality and New Balance that came on board very early which gave us great momentum at the start, and then creating brilliant deals like KP, Cazoo and Unilever. These are the kind of deals we wanted to deliver because we wanted to get into categories cricket hadn’t been into recently,” he adds when asked how the Hundred brand has been reacted to by brands.

“That means more digital brands, like Cazoo, and we’re really confident those brands will help us drive that reach. When I look back on the task we set ourselves, and what we’ve delivered against that, I’m so proud of the team because I think we’ve done a great job.”

So how much has the commercial value of the competition been different to normal domestic and international fixtures, through the England and Wales Cricket Board’s aim for The Hundred to be utilised as a springboard for fanbase growth across the less common cricketing audiences, such as women and children?

Rob says, “I think what’s exciting for our partners is the opportunity to be part of that journey of reaching broader audiences and the next generation from the start. They’ve also been really excited by the gender parity that we’re delivering, and the chance to be part of growing the women’s game in this country is a huge attraction for brands as well.”

The Hundred will see every game broadcast live on Sky Sports, but with a chunk of the games, ten men’s and eight women’s – including Wednesday’s competition opener – broadcast on the BBC. So has the hopes that terrestrial TV will provide an audience lift caused a boost in commercial partners coming on board?

“It’s been a factor in the discussions,” Rob states, “The BBC relationship extends across highlights of all formats of international cricket so it’s a comprehensive package, and that’s had a positive effect on all of those sorts of discussions.

“Equally the commitment that we’ve seen from Sky as a partner, investing in this competition from day one, and supporting the development has been another phenomenal factor in persuading brands to get involved, because they’ve seen the commitment that Sky and the BBC have shown.”

Another key positive aspect coming from the new competition will be the major focus being shown to the women’s side of cricket, which has taken huge leaps forward in recent years, with equal prize money for both events. What is the role this has played for Rob and his team?

“It was a critical part of it. If you look at brands like Unilever with Sure, they’re promoting both men’s and women’s products through the partnership. From a partner perspective it definitely resonates from our own ambition to drive the women’s game forward.

“From a partner perspective it definitely resonates from our own ambition to drive the women’s game forward.”

“We were clear that we wanted to make sure we had brands on board that would activate across both sides and, actually, it wasn’t a difficult conversation. We’ve got phenomenal brands like Topps for trading cards, The Hundred cards are their top selling product across the 400 Sainsburys supermarkets they distribute in. But from day one they absolutely got the importance of having men’s and women’s players in those packs because that’s how they see the future of their brand as well, so we’re opening doors to everybody.

Open doors is a very welcome phrase currently for The Hundred, with the event kicking off just days after the UK government ended all Covid restrictions, meaning the competition will witness huge crowds entering stadiums from day one.

But has the sudden allowance of fans back into stadiums given brands enough time to plan any potential physical activations, and were plans in place to consider different scenarios if fans were or were not allowed in?

“We spent a lot of time scenario planning and it’s been a hugely complex project to manage responding to changing government advice and lockdown dates. There will be some impact of the restrictions, we have to make sure we’re responsible. As a result we’ve probably invested more in the digital activation of this competition than we ever have anywhere else and partners have done the same.

“We’ve probably invested more in the digital activation of this competition than we ever have anywhere else and partners have done the same.”

“So while in-ground activation is going to be something that in future years we look to get back to the same levels we’ve seen in previous years, the big focus for us is making sure The Hundred delivers as a digital-first competition.”

The Hundred’s model is one that the England and Wales Cricket Board (ECB), hope will become a dominant force in cricket around the world, and one of the leading commercial entities, particularly rivalling the Indian Premier League and Australia’s Big Bash.

Rob says that having partners on board who are supportive of what English cricket is looking to provide with The Hundred in order for the competition to succeed long-term and accomplish its goals. “It comes back to my first point, it’s important that these are partners that fundamentally understand buying into the objectives of the competition.

“KP gives us incredible reach and penetration into households across the country, but they also understand their responsibilities to get more people active and that’s why they’re involved in cricket. We’ve got plans this year to give away over 10,000 bats and balls in Manchester, and with KP we’ll be looking to do that in other cities in future years as well. They’ve got lots of ideas and ambition to drive that link between their brands and being active and The Hundred is a big part of that.”

But a main focus of The Hundred keeps coming back to its overall impact on cricket across the country. The additional funds the competition hopes to provide can strengthen the game further, both professionally and at a grassroots level.

Not only that, but the intention of The Hundred is to grow the sport’s fanbase and provide a showcase of the game for many who have never interacted with it before.

“The Hundred really is a gateway, an introduction to cricket, and we really believe that it’s going to be generating more interest in cricket and getting more people willing to be introduced to other forms of the game,” Rob adds.

The Hundred really is a gateway, an introduction to cricket.”

“Because we’ve delivered that revenue with these sorts of deals, that’s been the key to us being able to identify partnerships with the likes of Universal around content and co-promotion which has been a great part of bringing The Hundred to life.”

“So The Hundred acts as a welcome to cricket for audiences in the same way that it does for commercial partners.”