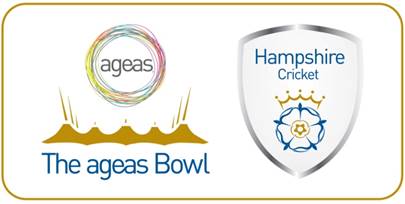 The Ageas Bowl and Southern Vipers are pleased to announce a new partnership with Hambledon Vineyard.

The partnership is part of a three-year sponsorship agreement which will see England’s oldest commercial vineyard become the lead shirt sponsor for Southern Vipers until at least the end of 2023.

As part of the agreement, Hambledon Vineyard’s iconic sparkling wines will also be served across The Ageas Bowl’s food and beverage locations, including BEEFY’S by Sir Ian Botham and Lakeview Bar & Terrace within the venue’s hotel, Hilton at The Ageas Bowl.

Based in Hampshire’s Hambledon village, widely known as the birthplace of cricket, Hambledon Vineyard is among England’s leading sparkling wine producers and includes state-of-the-art facilities which feature the only fully gravity fed winery in the UK

Georgia Adams, Southern Vipers captain, said: “I am absolutely delighted that Hambledon Vineyard will be the official partner of the Southern Vipers this year. This season will be our busiest summer of cricket yet, and I know all the squad are thrilled to have their support for what is sure to be an exciting year ahead.”

Ian Kellet and Anna Krits-Kellet, Hambledon Vineyard Owner, said: “We are delighted to be able to marry our Cricket DNA and the ‘soul’ of Hambledon Vineyards with such an inspirational team as the Southern Vipers. We’ll be cheering them on as they break records, perceptions, and perhaps even break open a bottle or two of Hambledon to celebrate their victories along the way.”

Hambledon Vineyard will host luxury alfresco ‘Dining in the Vines’ events starting next month with slots to be available for bookings shortly. A tasting room and visitor centre are also under construction and due for completion later this year.