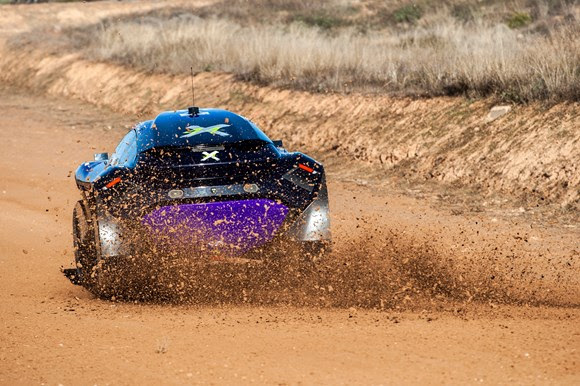 Extreme E, the ground-breaking off-road electric race series has announced that Chinese media giant Tencent will stream all five of the championship’s X Prixs on its digital platform, QQ.com as well as its associated apps Tencent Sports, Tencent News and Tencent Video.

In addition, Extreme E’s race highlights and magazine programmes will also be available online and free-to-view along with behind-the-scenes documentaries ‘How to Build a Race Car’, ‘The Electric Dream’ and ‘Climate Changers’, in both Chinese and English.

Based in Shenzhen and founded in 1998, Tencent Holdings is indisputably China’s most popular media conglomerate and is dedicated to providing more than a billion users with the most up-to-date global news content and multidimensional, original sports programming, including Formula One, Premier League and NBA.

Ali Russell, Chief Marketing Officer at Extreme E, said, “Extreme E’s broadcast agreement with Tencent provides unparalleled reach for our ‘sport for purpose’ series in this vital region. Tencent’s superb array of user platforms will help us to bring our thrilling electric race format as well as our important environmental messages to over a billion people.

“Digital outlets like Tencent are extremely important for Extreme E and it is imperative we continue to create partnerships like these to reach a global audience. One of the championship’s missions is to shine a light on the climate crisis and encourage change, and the only way we can achieve that is by reaching as many people as possible with our innovative broadcast product.”

Ewell Zhao, General Manager at Tencent, said: “Electric vehicles are an important development of the automotive industry. While Extreme E brings the charm of electric vehicles to the off-road racing, it conveys the core concept of environmental protection. In the future, Tencent Sports is going to share the excitement of Extreme E with more motor sports fans, and promote electric car racing in China.”