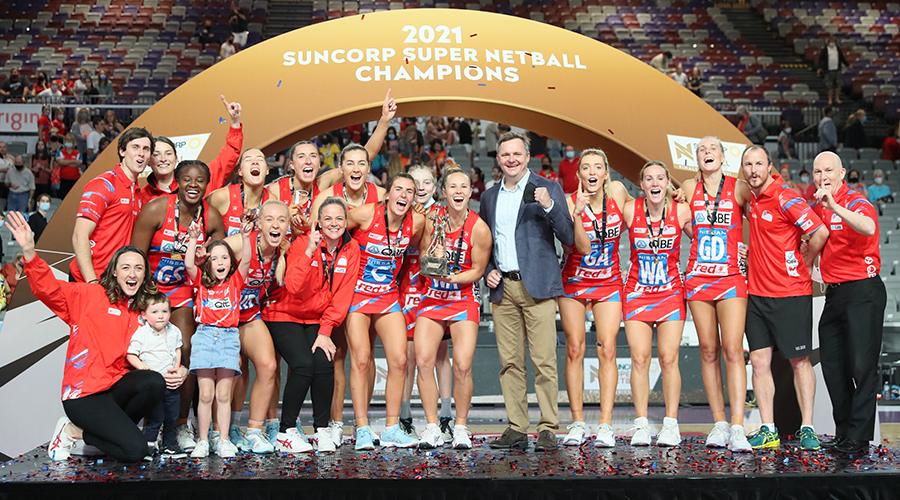 Suncorp will continue to support netball at all levels in Australia, recommitting as Principal Partner of Netball Australia for up to five more years.

Through the new deal, Suncorp will remain as Naming Rights Partner of the Suncorp Super Netball League and continue its support as a Major Partner of Net Set Go and the Origin Australian Diamonds.

Suncorp’s support since the beginning has helped grow the Suncorp Super Netball League into the undisputed best netball competition in the world.

Suncorp began its partnership with Netball Australia in 2017, with a shared vision to elevate netball, empower girls and maintain their participation in team sport.

Suncorp also developed Team Girls, in collaboration with Netball Australia, in response to a startling statistic that nearly 50 per cent of all girls stopped playing sport by the age of 17.

Over the past five years the Suncorp Team Girls program has worked with a range of experts including ReachOut and Sport Australia, as well as netball ambassadors and parenting experts, to develop a library of resources designed to keep girls engaged with sport.

“As we conclude another season it is a perfect opportunity to acknowledge Suncorp’s involvement in growing the sport of netball from the grassroots level to the Suncorp Super Netball League and the Australian Diamonds,” Ryan said.

“We are delighted Suncorp is aligned with our future direction, especially as we look towards the 2027 Netball World Cup in Sydney.

“Suncorp has been a fantastic partner of Netball Australia since 2017 and we look forward to working side-by-side to continue to grow netball over the next five years.”

“It’s a privilege to support one of Australia’s most popular sports and the world’s leading netball competition,” Johnston said.

“For girls right around the country, the competition stands out as an example of teamwork, resilience and leadership.

“We are committed to backing this incredible community and women’s sport. We look forward to continuing to support the growth of netball for many more seasons to come.”