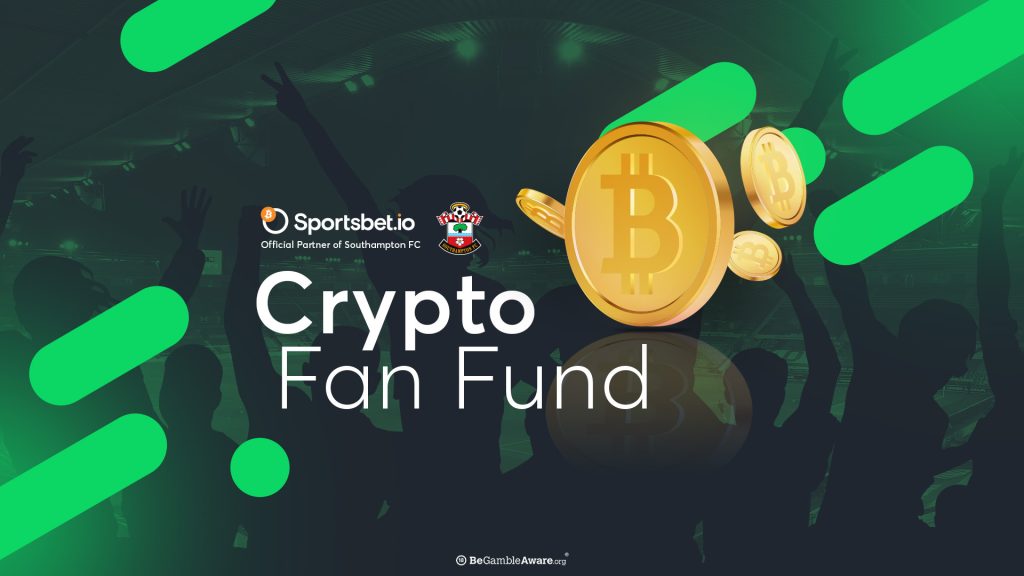 Sportsbet.io has today announced the launch of a first-of-its-kind ‘Crypto Fan Fund’; donating 2 Bitcoin (BTC) to its partner club Southampton FC. The fund will be used to deliver a series of fan-led initiatives across the 2021-22 season, and beyond.

Throughout the season, the fund will be used to support the causes that matter most to fans. All decisions on how and where the fund is used will be made by Saints Voice, Southampton FC’s long-standing supporter panel, who will work closely with the club and with Sportsbet.io to determine how to make the greatest impact.

The donation of cryptocurrency in this way is a major first within elite sports partnerships. Unlike traditional fiat donations, the value of the fund can shift and increase in line with the market, allowing for the potential of greater investments in future seasons. Sportsbet.io will underwrite the fund for the value of 2BTC at the point of donation, guaranteeing the club access to at least the minimum value of the fund, plus any additional profits accrued from inflation.

Potential uses of the fund could include improvements to the matchday experience through to providing much-needed assistance to local venues impacted by COVID-19. Saints Voice can also decide to retain, or ‘HODL’, a portion of the fund to invest in future seasons, to capitalise on any increase in value.

Helen Edwards, Head of Responsible Gambling at Sportsbet.io said: “Supporters are the lifeblood of the game and continue to demonstrate their unrivalled passion and loyalty every matchday. As a valued partner of Southampton Football Club, it’s incredibly important that we engage with the dedicated Saints fans and support them too, in any way that we can.

“The opportunity to use Bitcoin in such an innovative way by setting up this fan fund is incredibly powerful. We firmly believe the hype is real and cryptocurrency is here to stay, and are excited to see how the value of the fund could continue to rise, allowing for even greater investments for Saints fans and the wider community.”

Sarah Batters, Director of Marketing & Partnerships at Southampton FC said: “Covid had a major impact on our fans’ experience of a matchday last season. Thankfully things are getting back to normal and almost all our fans have returned, so we are delighted to offer our supporters the opportunity to make their match experience even better, this season and beyond.

Working in close collaboration with the fantastic representatives on our Saints Voice panel, with Sportsbet.io’s ‘Crypto Fan Fund’ we hope to build a closer bond with our supporters by tackling some of the causes that they consider most crucial and look forward to seeing how they ultimately choose to allocate this fund.”

The donation consolidates Sportsbet.io’s ongoing commitment as the main club sponsor of Southampton Football Club, and as a leader in the crypto community. The initiative is part of Sportsbet.io’s ‘Believe the Hype’ campaign, encouraging Saints to believe the hype around their club, and around cryptocurrency.