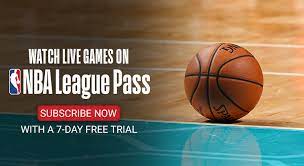 Ivan Katanaev, deputy CEO of Sportrecs looks at the changing dynamic of sporting organisations now being directly engaged with their fans through OTT channels.

For now, the sale of media rights makes much more money than selling subscriptions. Therefore NBA League Pass or UFC Fight Pass subscribers can access only very limited content. In some regions, they get access only to archive content as a consequence of the broadcast rights having been sold in the region to a large local broadcaster.

“What kind of audience coverage would the league achieve if all of its games and all of its content was available for free?”

The English Premier League (EPL) reported that in the 2018/19 season, the league’s total audience worldwide reached 1.35 billion people. In the same year (according to a Deloitte report), the league earned about €3.46 billion from selling its media rights.

In other words, the main football league in England generated approximately €2.50 per fan.

1. What kind of audience coverage would the league achieve if all of its games and all of its content was available for free? Would the audience increase by a factor of 2 or 3?

2. How can the league increase the revenue generated from each fan (commonly known as ARPU or Average Revenue per User)?.

For me, it is obvious that today with the development of a huge number of fan engagement services – watch together, interactive voting (and various other live widgets), gamification, NFT technologies and much more – there is an opportunity for the right holders to earn more and more on each individual fan.

Moreover, for the majority of sports leagues and federations, this will soon become the only opportunity to earn money with their video content. Why? Because there are only 20-30 leagues in the world that are comparable to the EPL. The majority of sports organizations will never earn even a fraction of what the EPL, NBA, NHL or F1 can earn on their media rights today. For this reason, a focus on ARPU is the cornerstone of the revenue model for the sports business of tomorrow.

Recently, Rob Shaw, Facebook’s director of sports league and media partnerships, spoke about how the world’s largest social network is pulling out of the race for sports rights around the world. Facebook has a crucial advantage over everyone else – they have more data on the fans than anyone else (okay, maybe Google will disagree with this statement!). Facebook’s strategic vision is simply to analyze and leverage the huge amount of user data it holds.

“Broadcasts and highlights will be the entry points for the audience to interact with brands.”

Most recently, the biggest players in the US were fighting for the NFL media rights. Amazon invested more than a billion dollars in them, and Facebook did not even participate in the auction. Facebook is not even trying to extend its rights to the UEFA Champions League and La Liga in Latin America and India. Starting this year, I don’t see Facebook renewing any of its sports rights contracts in any country in the world! They just got out of the race.

They believe that they can offer sports rights holders more than just money for the rights. They believe that sports right holders will be able to make more profit not from selling their media rights, but from monetizing each individual fan. Broadcasts and highlights will be the entry points for the audience to interact with brands. You watch football – and immediately buy boots like your favorite player. You watch MMA and sign up for the nearest gym. You watch hockey and make a bet with a bookmaker.

“Today, there are more and more companies on the market that offer rights holders interactive services that involve fans with the content.”

Today, there are more and more companies on the market that offer rights holders interactive services that involve fans with the content (and create revenue generating opportunities) such as watch together and others I mentioned previously. Today, most of these services are forced to work with large regional or domestic broadcasters who buy the rights to all the leading sports events in their region or country. As a consequence of this, these interactive services are not available for right holders from Tier2 and Tier3.

What will happen when these services eventually become available to all sports rights holders and they will have direct access to their audience and to all the tools to monetize them effectively? The answer is clear – the rules of the game will change again. Given current realities and how quickly new technologies come into our lives, I would be surprised if this doesn’t already happen in the next 2-3 years.