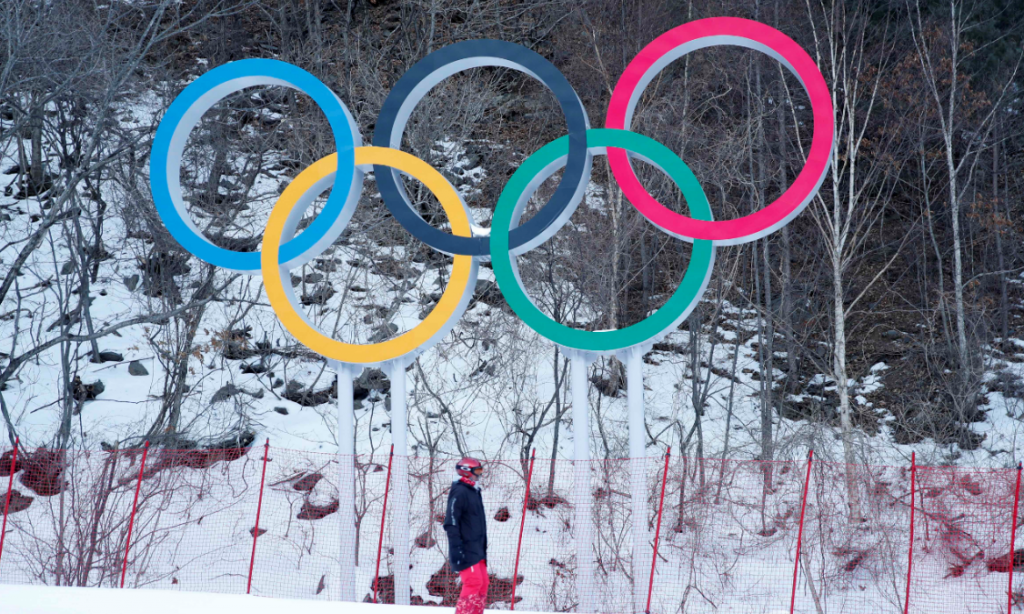 Sport Sets Out Its Stall To Combat Russia

After a tumultuous week in which Russia continued it’s assault on Ukraine, Olympic Games advisor, Michael Pirrie, gives background to the unprecedented sporting sanctions led by the IOC and why the sanctions matter in the fight against Russia and its attack on Ukraine and humanity.

The world is different at the end of this week than it was at the start. Sanctions are spreading rapidly, impacting trade, technology, sport and other key areas of Russian society.

But the sporting sanctions against the country are an unprecedented and span much of the globe, across federations and league which would rarely have dreamed of being so involved politically.

Bans are stretching across Europe, north America and even to Beijing, where the sporting world changed dramatically overnight after the sudden banning of Russian athletes from the Paralympic Winter Games.

The ban on the Russian and Belarusian Paralympic teams follows criticism by athletes and the international community over an earlier decision by the International Paralympic Committee to allow the two countries to compete as a neutral team. It also follows multiple boycott threats by athletes if the two countries were allowed to compete under any format, meaning there will be no representation or presence in the parade of nations at tonight’s Opening Ceremony.

A month after Russia’s outlaw president Vladimir Putin shared the VIP suite with China’s leader Xi Jinping at the opening of the Olympic Games, there will be no Russian government official in the same exclusive suite for dignitaries.

The sanction is the latest in a barrage of penalties designed to isolate Russia as its invading armies attempt to isolate the Ukraine capital.

“The ban on athletes from Russia at the Paralympic Games is historic and unprecedented. It is also a forerunner to a wide range of sporting issues that have been triggered by Russia’s invasion.”

While the tumultuous Russian invasion attempts to block supplies of military weapons as well as access to food, water, electricity and heat in key Ukraine cities, the sanctions war is blocking supply in areas important to the Russian economy and society.

These include flight paths that Russian jets can travel on, banking systems that government agencies, businesses and residents can use, and international sporting tournaments its teams can participate in. The sanctions are starving Russia of technology, spending, travel, imports and sporting involvement. The country’s stock market remains closed and its sporting options are closing rapidly.

The ban on athletes from Russia at the Paralympic Games is historic and unprecedented. It is also a forerunner to a wide range of sporting issues that have been triggered by Russia’s invasion. Sport can play a key role on the growing list of hard and soft power sanctions against Russia as the Ukraine situation worsens by the day if not the hour.

Few countries have as close a relationship between its Olympic committee and government as the Russian Olympic Committee and the Putin regime. While the sports penalties won’t stop the Russian troops and tanks, the sanctions will hurt because sport matters to Putin and Russia’s image on the world stage.

The attempted poisoning of Sergei Skripal, a former Russian double agent for the UK and his daughter Yulia, at their Salisbury home in England is believed by some intelligence agents to have been linked to the outspoken stand taken by UK sporting authorities and figures against Russia’s state sanctioned doping program under Putin.

The attack on the Skripals, following criticism of Russia’s covert doping system in the UK, prompted a major international investigation which highlighted the importance of sporting success to the Russian government and public.

The initial decision to allow neutral Russia to compete at the Paralympic Games was a major embarrassment for the world governing body, showing it severely underestimated the depth of international anger at Russia’s bloody invasion of the Ukraine.

“The (IPC) must join the rest of the world in condemning this barbaric invasion by banning Russia from competing (at the Paralympic Games),” according to Nadine Dorries, the UK Secretary of State for Digital, Media and Sport.

The IOC did not make the same mistake earlier this week when it urged sports to prevent any athletes or teams from Russia or Belarus, which is supporting the invasion, from international competition.

The decision taken by IOC Executive Board, acting effectively like a war time council as the world faced the greatest land war in Europe since 1945, was also historic. Russia’s invasion could destabilise Europe indefinitely and how sport functions on the continent.

This could include the availability and security of cities to host major sporting events, including nearby Hungary which has Olympic Games aspirations.

Although there was little in the Olympic Charter to prepare for such a crisis, the EB ban on Russia was widely supported by athletes and sports bodies worldwide in support of the Ukraine athletes and Olympic focus on peace.

“The decision to ban Russian athletes also redefined the relationship sport and politics, helping to dispel the belief that while sport may strive for political neutrality, it may not be possible.”

The decision to ban Russian athletes also redefined the relationship sport and politics, helping to dispel the belief that while sport may strive for political neutrality, it may not be possible. Instead, led by IOC President, Thomas Bach, the IOC placed a greater priority on the core mission of the Olympic Movement to promote peace.

The IOC’s recommendations have prompted an unprecedented series of sporting cancellations and boycotts involving Russian teams and event. The sanctions have received strong backing from sporting organisations and from leaders of Olympic nations, including the United Kingdom, Netherlands and Canada.

France, Italy, United States and Australia, where the future of the Olympic Movement rests in cities that will host the Games in the decade ahead, have also strongly endorsed sporting sanctions. Australian Prime Minister Scott Morrison urged international federations to boycott sporting contact and events in Russia.

The invasion in the heart of Europe, the cradle of the Olympic Movement, has horrified Bach and strengthened the resolve of world sporting leaders.

New western intelligence suggesting that China’s leader Xi asked Putin to delay the invasion until after the Beijing Winter Olympic Games has also concerned Olympic leaders, indicating the superpower leaders had advanced knowledge of the invasion plans prior to the Games.

Meanwhile, the deaths of three Ukrainian athletes involved in defending their homes and families against the Russian onslaught looks set to further escalate the crisis facing sport in the days ahead.

Michael Pirrie is an Olympic Games and major events advisor and commentator.