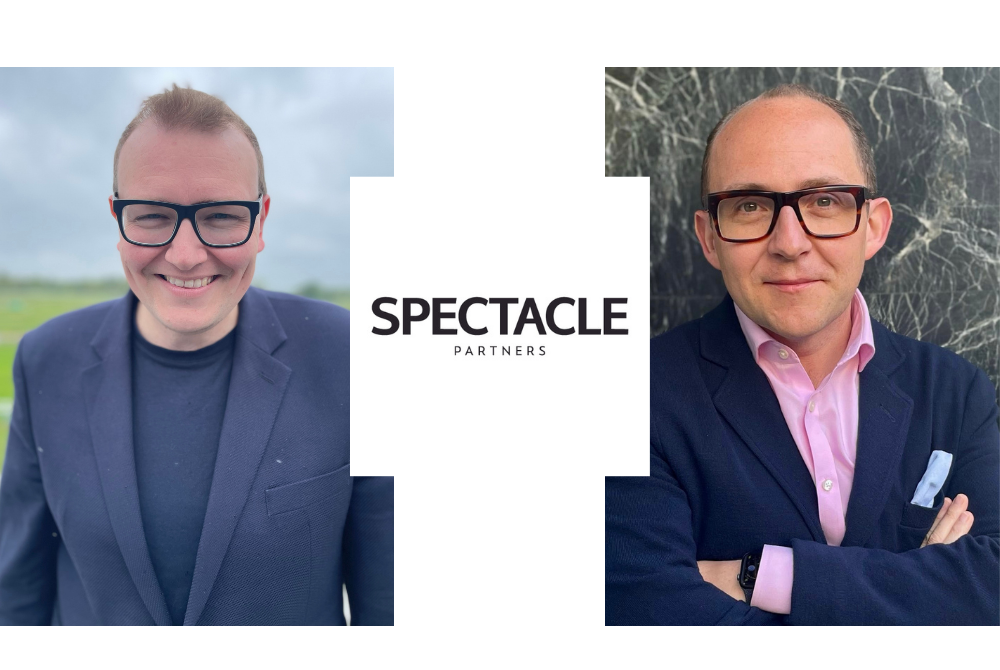 Richard Conway, joint Managing Partner, spent close to two decades as a journalist, most recently as the BBC’s Sport News Correspondent. He was twice named SJA Broadcast Journalist of the Year. Since leaving the Corporation in 2019 he has provided reputation counsel and support to a range of blue-chip clients in the sports industry. This includes the organisers of the Qatar 2022 FIFA World Cup, a project he remains committed to and will see through to completion later this year.

Spectacle will be Chaired by sports, media and music industry veteran, Simon Bazalgette, whose management advisory and investment firm, Global Venue Services (GVS), is backing the new venture. Additionally, Bazalgette is currently an Independent Director of the 72-club English Football League (EFL) and a Member of NSPCC’s Sports Board. He was formerly Chief Executive of The Jockey Club and of Europe’s first digital music business, Music Choice Europe, and founding Executive Chairman of Racecourse Media Group. He was also Senior Independent Director of the London 2017 World Athletics and Para-athletics Championships. At the start of his career he spent nearly 10 years at KPMG specialising in international media and entertainment consulting.

“Richard and I have launched Spectacle because we’re excited to support organisations and individuals in sport and entertainment to achieve fantastic reputations amongst the audiences that matter to them and their success. We are grateful to have foundation clients and hand-picked team members to meet those challenges. We’d love to make a difference to the sector in the years ahead, working in real partnership with in-house teams, having walked in those shoes myself.”

“We’re thrilled to be launching Spectacle and we’re ready to start meeting the complex needs of our clients from day one. Scott and I have many years of experience from working on many major spectacles, from a variety of different perspectives. We’ve pretty much seen it all! We can’t wait to get started and apply our knowledge and expertise.”

“I’ve worked closely with Scott over the last 10 years or so and I know the strategic value he adds to the Boards and businesses he works with. I’ve also got to know Richard well in that time and at the BBC he demonstrated his ability to draw out the key issues faced in sport and, more recently, how to address them when he crossed the aisle to work on the comms side. They both have strong reputations across sport and entertainment for the wisdom and insight they offer, and by joining forces in Spectacle, the sector will be able to benefit from the value they will add to their clients. I’m proud to be appointed the first Chair of Spectacle and privileged to be working alongside such prodigious talents as Scott and Richard.”

Spectacle has also revealed aspects of commitments it is making to its client partners. Explaining this, Bowers added:

“We also wanted to announce three of Spectacle’s Client Promises today. First, we will not promote ourselves off the back of our clients partners and so we won’t be publishing client lists or case studies. Second, hourly billing undermines the value and business impact of reputation. Our discussions with client partners will be about what it takes to achieve their desired outcomes, not billing them hourly for how long it takes us to provide important counsel, create a killer idea or send a WhatsApp to the Head of Sky News. Third, we guarantee hand-picked consultants to work on each brief based on their expertise and experience, as opposed to ‘who has capacity to fill’. I’ve worked in agencies and as a client, and the Spectacle team is committed to doing things differently where needed.”