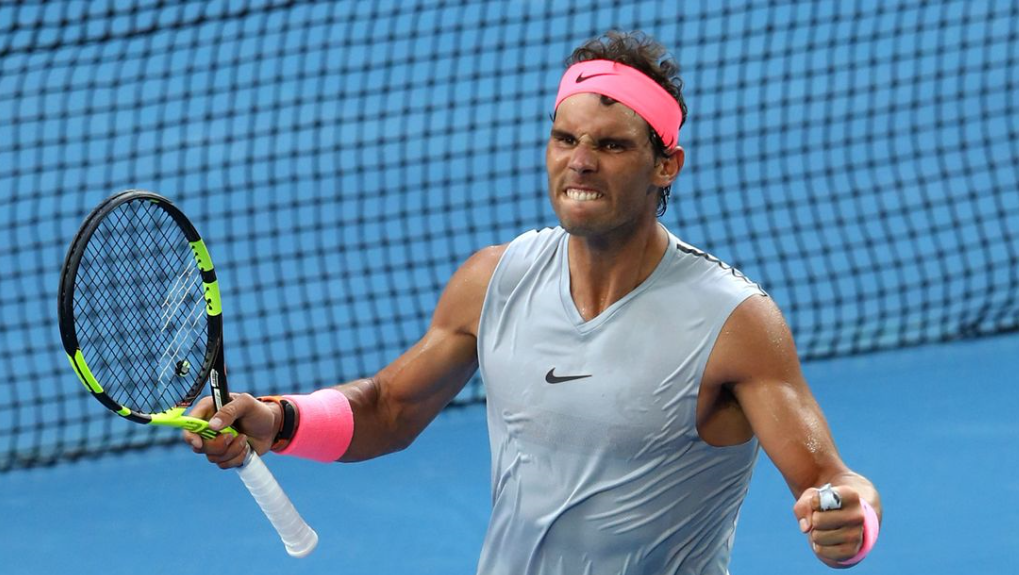 Special Analysis: The Australian Open Tennis Grand Slam finished in a blaze of sporting glory this weekend that transformed the event from an international incident to a major sporting achievement. Michael Pirrie looks at what led to the dramatic turnaround and what it means for future events, including the upcoming Beijing 2022 Winter Olympic Games.

The dramatic start to a new year of sport continued over the weekend with history-making performances at the Australian Open finals that saved the tournament and demonstrated the positive impacts of player power in turbulent times.

After a crisis start, the troubled tournament found its way back to sporting reality with gripping centre court performances that barely seemed real themselves, cutting through the pandemic grief and gloom surrounding the Novak Djokovic drama which had dominated the pre-tournament press.

“Melbourne’s yearly showpiece on the world stage needed to be rescued by the players, most notably Nadal and Barty, who provided the sense of history and occasion organisers had been seeking.”

Fan favourites Rafael Nadal and Ashleigh Barty produced improbable fairytale endings conjured straight from the Disney playbook, bringing down the curtain on one of the most dramatic sporting events since Covid began.

This was a tournament cloaked in bitter and joyful irony.

Attempts by tournament organisers to stage a landmark tennis tournament for the modern era by bringing world men’s number one Novak Djokovic to contest a record 21st grand slam title, which he was heavily favoured to win by bookmakers, in vaccine mandated Melbourne became an international incident.

This was also a tournament of fate and destiny.

Melbourne’s yearly showpiece on the world stage needed to be rescued by the players, most notably Nadal and Barty, who provided the sense of history and occasion organisers had been seeking. They pulled the tournament back from the brink after the visa deportation scandal challenged the organisation of the event during the fortnight of action.

These include ongoing inquiries about the timing and legitimacy of the positive Covid test results relied on for Djokovic’s questionable medical exemption.

In one of the most Shakespearean of modern day sporting dramas, Nadal delivered a masterpiece of sporting theatre never experienced before. His victory was a lifetime of grand slams in the making, almost unprecedented in the scale of physical, mental and emotional challenges he had to endure to secure the slam record coveted by Djokovic.

It was of great irony that the almost forgotten Spaniard, who had not passed the quarter-finals in Melbourne since 2018, was to overcome the odds and take the crown and elusive 21st major title many had been The win was instantly the stuff of sporting legend and folklore, thrilling worldwide audiences.

The tournament confirmed the fundamental truth that underpins almost all major sporting events – that it is all about the athletes. Athletes, players and teams ARE the continental tournaments, world championships and Olympic Games they compete in.

Countdowns to the Australian Open and Beijing Olympic Games also point to key national health, security, diplomatic and political imperatives that will shape much in the world of international sport in 2022. International sporting events will need to be designed around the evolving recovery phase of the pandemic in different world regions; concerns over new virus variants; and reliance on vaccines and mandates.

Fallout from the Djokovic case points to the increasing influence, intolerance and fear of the anti-vaccination movement across international society as well as in Australia. This was also highlighted most recently by a growing list of international celebrities, including rock legend Neil Young, speaking out about misleading Covid podcasts.

Similar concerns have also been shared by the Duke and Duchess of Sussex, among others, while some unvaccinated patients are believed to have been removed from organ transplant waiting lists. The Australian Open set a new precedent for this sporting year that was almost lost amid Djokovic’s unvaccinated status.

This was the first major international sporting event comprehensively vaccinated against Covid, with almost 100 per cent of the playing group, officials, media and crowds vaccinated. Like the Tokyo Olympic Games and Paralympic Games athletes, the AO players provided context and perspective. This was about brave hearts and brave performances.

“Nadal’s win over Medvedev, who defeated Djokovic at the US Open last year, removed the ghost of the Serbian superstar and vaccine sceptic from the tournament.”

“After all the things we went through the last couple of years, with lots of people suffering a lot and not being able to go out for a lot of days here in Australia, it is just an amazing feeling to see the Rod Laver Arena full, “ Nadal said, delirious with joyful exhaustion.

The arena indeed was full of fans cheering wildly for Nadal, who was seen as the underdog, always favoured by Australian sports supporters. Support persisted despite complaints by opponent Daniil Medvedev, who challenged the piercing crowd noise, umpire and others court side as well as Nadal in the opening sets.

“Its not easy, but I think the Australian crowd is a crowd that understands a lot, an awful lot (about) the sport in general so I love to play in front of them,” Nadal said defending his loyal fan base.

Crowds also understood that after weeks of public commitments by government and event organisers to a ‘No Jab, No Play’ rule, Djokovic’s participation was untenable. This was a monumental lesson to  organisers that host cities and communities will hold committees accountable for public health pledges that cannot be sustained or do not align with public expectations.

Nadal’s fan base grew exponentially after this epic victory and took sport into new territory. Securing 21 grand slams was like winning 21 Olympic gold medals, it was a new benchmark in human achievement, the equivalent of scaling a new Everest sporting summit or breaking the four-minute mile again for the first time.

His come from behind victory combined with the triumph of Australia’s Ashleigh Barty in the women’s final broadened sport’s appeal amid the adversity of the pandemic. The duo, two of the planet’s outstanding tennis players, lifted the mood, atmosphere and energy levels in the world’s most locked down city.

Riveting tennis storylines and performances emerged post Djokovic that united a host city and nation on constant covid alert. These included the heroic comeback of British great Andy Murray after crippling pain and surgery. Credit must also go to France’s Alize Cornet, who made her first Grand Slam quarterfinal after trying and persevering 63 times, “It’s never too late to try again,” was her message, close to tears in a courtside interview.

Ashleigh Barty created history and hope as the first Australian to win the home slam after a drought stretching back more than four long decades of Australian summers. Their performances and personalities completed the transformation of the tournament, while also saving the tournament organisers, heavily criticised for the Djokovic visa debacle.

Barty’s win may have been the most important by an Australian on home soil since Cathy Freeman’s epic 400 metres gold medal at the Sydney 2000 Olympic Games. Like Freeman, who was in the tennis crowd, Barty was able to hold the weight of a sports obsessed nation on her shoulders long enough to win the tournament.

Nadal’s win over Medvedev, who defeated Djokovic at the US Open last year, removed the ghost of the Serbian superstar and vaccine sceptic from the tournament. Many believe that five sets of tennis may be sport’s ultimate test. The Spaniard was almost down and out after a heart breaking second set tie break loss, but hauled himself back off the court canvass to begin the contest all over again, this time with almost no margin for error.

While Nadal had belief and believed, this win was almost unbelievable. This was a heavyweight tennis tile fight of Muhammad Ali and George Foreman dimensions with Nadal, like Ali, winning only when it counted.

It was also a modern day Lazarus sporting parable with Nadal confined to crutches just weeks ago and further weakened by Covid infection before claiming his miraculous win. He scrambled around the stadium relentlessly like a warrior reminiscent of Russell Crowe’s ‘Gladiator’, who sat court side the night before watching Barty do battle.

Just when you might have thought you had seen it all in sport, this came along, challenging the laws and possibilities of sport.

The player driven turnaround at the Melbourne grand slam strongly indicates that the performances of the world’s best winter athletes will likely define China’s Games in the wake of strict Covid lockdowns, diplomatic storms and human rights protests.

Michael Pirrie is an Olympic Games advisor and international communications consultant and commentator who has advised on numerous major sporting events and bids, including the London 2012 Olympic Games, Invictus Games, and Budapest 2017 Olympic Bid among others.