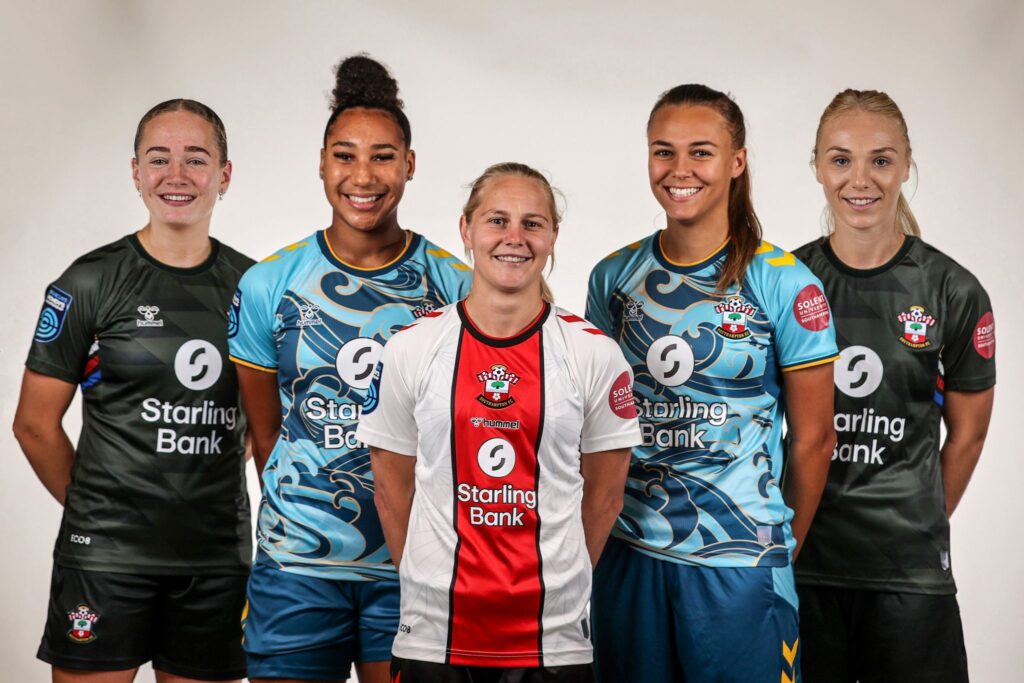 Starling Bank is to be the official principal partner for Southampton FC Women for the 2022-2023 season. Starting Sunday 30th October with a match against Sunderland AFC Ladies, Starling’s logo will feature on the front of players’ shirts.

This sponsorship is a continuation of Starling’s celebration of women’s football, following the bank’s national sponsorship of the UEFA Women’s EURO 2022, which saw it launch the first fantasy football game for women’s football in the UK and award £23,000 in grants to women’s grassroots teams.

The bank, which has 400 employees in Southampton as well as offices in London and Cardiff, aims to keep the momentum going in women’s football to highlight the glass ceilings that have been smashed for women in sport, technology and banking.

The partnership comes at an exciting time for the club, with its football team now playing in the FA Women’s Championship following back-to-back promotions.

Southampton FC is on a mission to encourage more fans to support the women’s game and has seen a 120 per cent increase in season ticket sales compared to last season. As part of this drive to grow the women’s game, all Southampton FC Women’s games will be played at St Mary’s Stadium. The team also trains at Staplewood Campus, the same facilities as the men’s side, and are now full-time professionals.

The team is managed by Marieanne Spacey-Cale, MBE, an English former international women’s footballer. Having played 91 times for England, she is currently Head of Girls and Women’s football at Southampton F.C. and head coach of Southampton FC Women.

Marieanne Spacey-Cale, Head coach of Southampton FC Women said: “We’re all delighted to welcome Starling onboard as our Official Principal Partner. This is an exciting time for the team as our first season in the championship. To have the backing and support of Starling, an organisation that’s fully committed to growing the women’s game, is really motivating. We look forward to our first match showcasing Starling and beyond as the season goes on.”

As part of the partnership, together Starling and Southampton will also launch an initiative to develop grassroot coaches at local clubs throughout Hampshire to grow the pipeline of female footballing talent.

Sarah Batters, Director of Marketing and Partnerships at Southampton FC comments: “It was important for us to find a partner that was prepared to invest in the women’s game – going further than just putting a logo on a shirt. From the moment we started conversations with Starling Bank, their commitment to making an impact to the success of the women’s game with their sponsorship was clear – and we can’t wait to get started. We hope to see a record attendance for this Sunday’s big game against Sunderland where we will showcase Starling Bank on the front of our women’s shirt for the very first time.”

Jill Scott MBE, former Lioness and ambassador for Starling Bank said: “It’s fantastic to see the investment and passion for women’s football continue. Funding, training and development at grassroots level is essential to help take the game to the next level.”