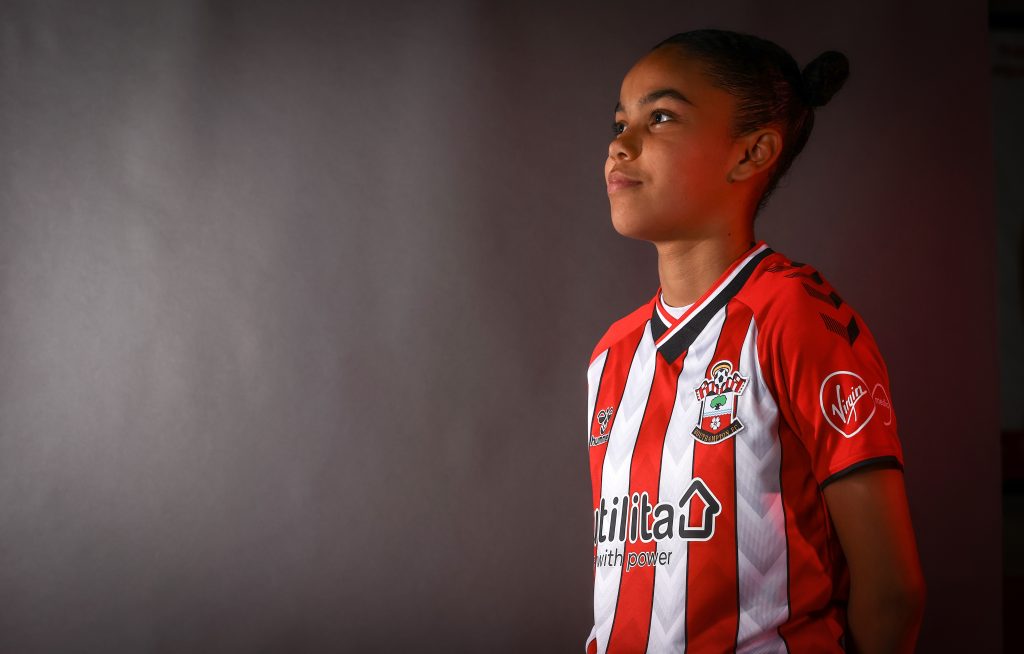 Southampton Football Club has announce Utilita, the only energy company created to help households use less energy, as its first-ever Junior Kit Partner.

The move comes as Hampshire-based Utilita also extends its deal as Official Energy Partner of Southampton Football Club for a fifth successive season.

Utilita’s support for Saints forms part of its ongoing mission to power grassroots football to the Premier league. It will see the energy company become the new front of shirt sponsor for the junior shirts after the launch of the Utilita Coaching Hub in March, which supports grassroots teams with training drills and exercises that can be done at home during the pandemic.

The announcement follows Utilita’s newly launched Football Rebooted campaign with environmentalist and former goalkeeper, David James MBE, which encourages people to donate and claim pre-played football boots and Astro boots, to save families a small fortune, as well as 136,000 tonnes of carbon – the same as taking 7,000 cars off the road for a year or turning the energy off in one million medium-sized houses for a week. Over 800 pairs of boots were donated in the first 48 hours of the campaign launching.

Football Rebooted is designed to put an aspirational spin on a mechanic that will get good boots through to families struggling to afford new ones, after Utilita’s State of Play report revealed that out of the 74 per cent of families who had been impacted financially by the pandemic, 18 per cent won’t be able to send their kids back to grassroots football as they can’t afford boots and other items such as goalie gloves and shin pads.

Sarah Batters, Director of Partnerships and Marketing at Southampton FC, said: “We are delighted to renew our partnership with Utilita for a fifth successive season. As a club we are well known for our academy and developing players, and therefore it seemed a perfect fit to have them as the new front of shirt sponsor for our junior and academy kits. Utilita are already doing some amazing initiatives in the grassroots space and we look forward to continuing our work together to support the future stars of our game.”

Jem Maidment, Utilita’s Chief Marketing Officer, commented on Utilita being the principal partner: “We are proud to be the first-ever partner to sponsor the Saints’ junior kit, and to support the Saints Academy, too, which is one of the best academies in Europe, with a long history of illustrious graduates including Theo Walcott, Gareth Bale and James Ward-Prowse.

All of this forms part of our wider objective to support the Premier League by investing in the footballers of tomorrow, including the launch of Football Rebooted – a campaign to rehome at least one million pairs of quality football boots across the UK. We look forward to seeing the junior kits come out as we continue a long-term partnership with our local club for a fifth successive season.”