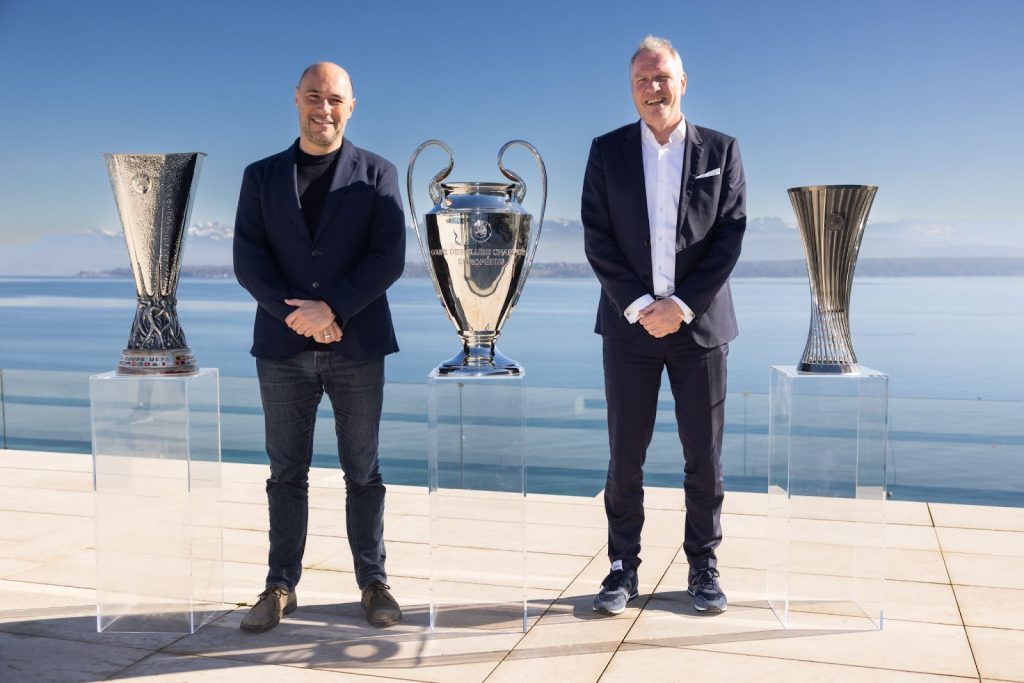 UEFA is proud to announce that it has signed a Global Licensing and Regional Sponsorship agreement with Socios.com.

In doing so, Socios.com has become a Global Licensing Partner, making it an Official Licensed Product and the Official Fan Token Partner of the UEFA Champions League, UEFA Europa League, UEFA Europa Conference League and UEFA Super Cup. Additionally, Socios.com has become a Regional Sponsor of the UEFA Champions League and the UEFA Super Cup for the 2021-2024 cycle in the United States.

This new agreement follows a public RFP for blockchain-based products and will see Socios.com, the creators of Fan Tokens, become one of the first companies in the emerging blockchain space to partner with the governing body of football in Europe.

“We are always looking for innovative partnerships, including with the growing cryptocurrency and blockchain-based fan engagement market. With rich experience working with some of the top sports organisations around the world, it is clear that partnering with Socios.com is an ideal fit. We look forward to a fruitful relationship over the course of the next three seasons.”

“This ground-breaking partnership is a result of UEFA and Socios.com’s shared commitment to embracing innovation and technology to enhance the fan experience in sport,” said Alexandre Dreyfus, CEO of Socios.com.

“Thanks to this new alliance, hundreds of millions of fans around the world will have the opportunity to become more than spectators and play active roles in the biggest club football competitions on the planet through Fan Tokens.”

Socios.com allows fans to purchase branded Fan Tokens from some of the world’s biggest and most renowned sports clubs. These Fan Tokens allow users to influence their teams via popular vote and become eligible for engagement-based team rewards and recognition.

To date, more than 120 major sporting organisations have partnered with Socios.com through Fan Tokens, including top football clubs, Formula 1, Ultimate Fighting Championship and various teams within the NHL, NBA, NFL and MLS.