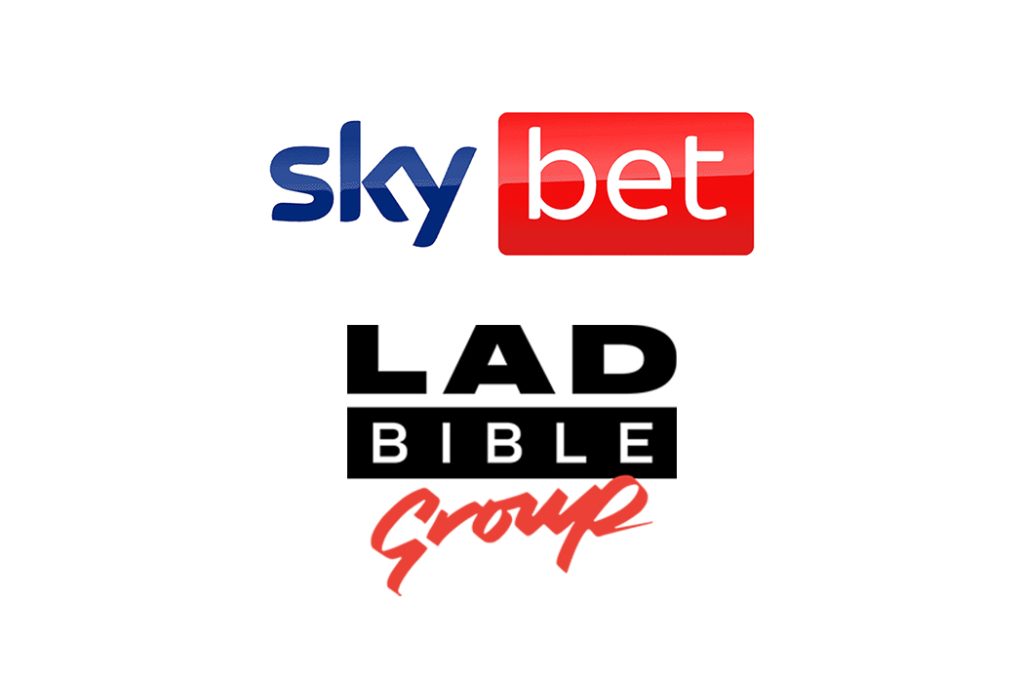 Sky Bet have today announced that they have partnered with social publishing giant LADbible Group to become the category exclusive partners for their coverage of the Premier League and EFL for the rest of the football season.

Launching Saturday 12th Feb, the 360 partnership will roll out across SPORTbible and ODDSbible, reaching its highly sought after collective audience of 34.7 million.

The partnership will put fans at the heart of the action – including sponsorship of a three-episode run of LADbible Group’s established original series, Agree to Disagree. Produced by LADstudios, LADbible Group’s award-winning in-house content studio; where two fans from opposing clubs go head to head in a heated debate on football. To date, the series has achieved 31.8 million views on LADbible TV from football fans. The first episode is being filmed this week in Manchester with legend Gary Neville & Micah Richards going head-to-head ahead of the highly-anticipated Manchester Derby in early March.

Sky Bet and LADbible Group will create an exclusive EFL content series to get fans involved in the biggest debates of the Premier League and EFL, along with weekly social football content that will bring unrivalled insider access to players and offer fans the chance to grill their favourite stars. There will also be an always-on editorial partnership on SPORTbible – all to make betting, better.

As part of the partnership, Sky Bet will be sponsoring 3 episodes of the successful Agree To Disagree format between now and the end of the season. The first of which is being filmed in Manchester this week with Sky Bet talent Gary Neville & Micah Richards going head-to-head ahead of the highly-anticipated Manchester Derby in early March.

Jack Cowin, Director of Client Solutions said, “We’ve been working very closely with Sky Bet over the past year, delivering a number of event-specific campaigns but we’re delighted to get this off the ground and announce the partnership officially. Sky Bet are a fantastic content provider in their own right and are the perfect partner to create something special with, for our highly-engaged audience of sport and sports betting fans. We can’t wait to get started on this long-term project and continue to entertain the core Sky Bet audience.”

Kevin Brain, Head of Social & Content for Sky Bet said, “LADBible Group have built an incredibly engaged set of sports and sports betting communities and they are the best at what they do. With our unique access and exciting plans to generate more premium sports related content, this exclusive partnership offers us a great opportunity to combine our strengths and bring audiences more of what they already love”