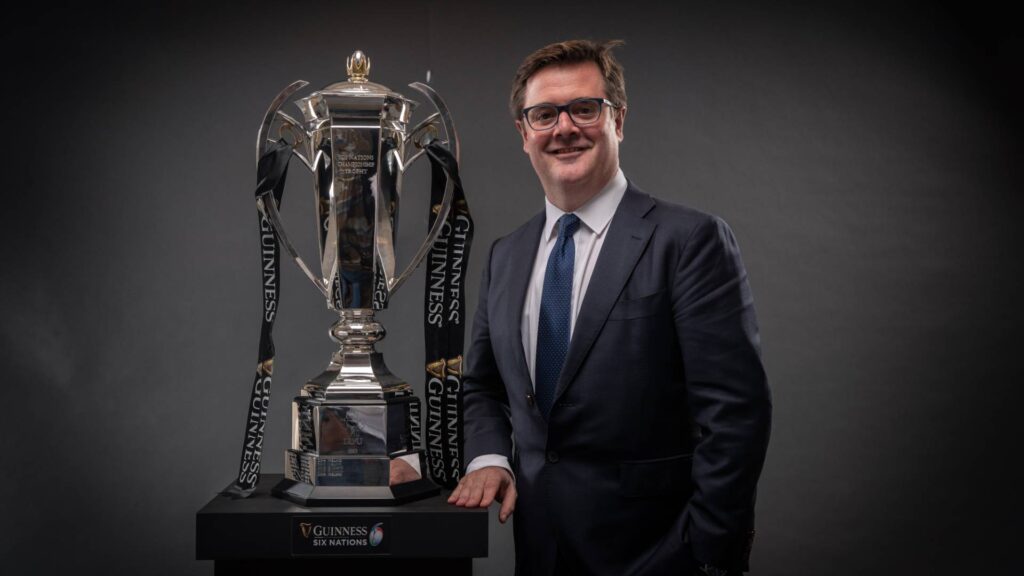 Six Nations Rugby today announced that its Chief Executive Officer, Ben Morel, has decided to step down at the end of the current 2022/23 rugby season.

Morel has successfully led the organisation since 2018, during which time it has experienced unprecedented transformational change; particularly centered around its six member unions collaborating as strongly off the pitch as they compete on it and exemplified by the centralisation of key media and commercial rights, as well as a strategic partnership with private investment fund CVC Capital Partners.

New innovative partnerships have been secured within Morel’s tenure including that with TikTok focused on a revamped Women’s Six Nations Championship in its own dedicated window in the Rugby calendar; and with Amazon Prime Video in UK & Ireland to broadcast a re-branded Autumn Nations Series. Six Nations Rugby has also successfully extended its media partnerships around the Men’s and Women’s Six Nations Championships with its free-to-air partners in all domestic markets.

In that context, Ben Morel informed the Six Nations Board that the end of the 2022/23 season would be the right time to for him to step down after having ensured a best-in-class transition with his successor.

“It is an unbelievable privilege to be leading such an organisation as Six Nations Rugby and in particular such a talented group of people. I am immensely proud of the many accomplishments over the last five seasons ranging from successfully completing our Championships during the pandemic, centralising our rights to offer a better experience for our fans around the world, and bringing state-of-the-art partnerships to place rugby on a significant growth trajectory”, said Morel.

“I am at the stage in my life when I want to tackle other personal and professional projects and a Rugby World Cup year is the perfect time to ensure a smooth transition to keep the pace of our rapid transformation. There are several key projects I am focused on delivering before I depart and look forward to the next months ahead”.

Ronan Dunne, Chair of the Board of Six Nations Rugby said “We have been privileged to have Ben’s wise counsel and steadfast leadership during these past five seasons. He has delivered outstanding performance, whilst establishing a strong and effective organisation and executive leadership team, leaving us well placed to deliver on the next phase of our vision for Six Nations Rugby.”

The Six Nations Rugby Board are grateful that they have been given a long notice period to ensure a successful transition. The process to find a successor is underway with an announcement expected in the New Year.