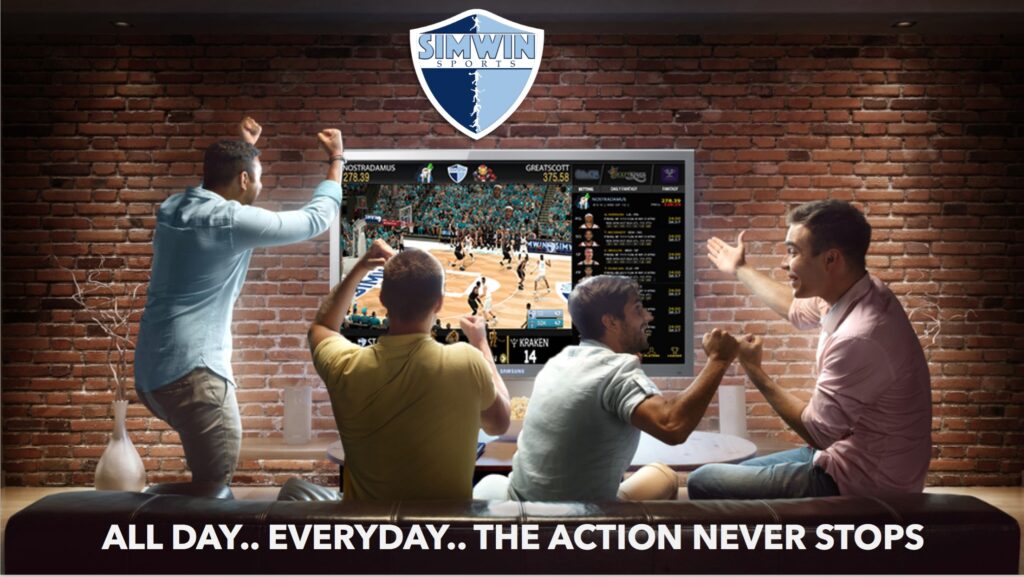 SimWin Sports, the world’s first virtual sports league that provides daily fantasy players and esports fans with the ability to watch, predict, collect, play, and earn, today announced a strategic partnership with Tekkorp Capital to advance its fantasy and sports betting strategy ahead of the company’s debut season.

SimWin will launch with a league of 32 football teams before spanning out to basketball, soccer, and other sports, and looks set to stand out in the crowded daily fantasy sports market by melding together a mix of fantasy football, esports and NFT-style player ownership set in the metaverse. Its innovative premise is so exciting it has a Who’s Who of famous-names knocking at its door to own teams. Magic Johnson, Marshall Faulk, Jerry Rice – and even Nick Carter from the Backstreet Boys – are among the celebrities to invest and own teams in this all-new digital universe in which teams and athletes compete 24/7-365 to fuel on-demand fantasy sports contests.

Season-long and daily fantasy, as well as an innovative in-play sports wagering solution are a critical pillar of SimWin’s commercial offering. Tekkorp Capital, one of the preeminent advisory companies in the real-money gambling world, is set to bolster SimWin’s growth by bringing a storied team of advisors, all of whom have held C-suite positions at major gaming operators, to join forces with SimWin’s stellar founders, like CEO David J. Ortiz, who led EA SPORTS’ genre-busting Madden NFL franchise; and Tom Goedde, former DraftKings CMO.

Led by Mat Davey, former CEO of Scientific Games Digital Division, and Robin Chhabra, Founder and former CEO of FOX Bet (now part of FanDuel), Tekkorp Capital will contribute a wealth of product, marketing and business development experience as well as corporate strategy in the digital gaming industry. The Tekkorp team includes Tarvi Randver, who previously led Tech and Product for PokerStars Sportsbook, and Andy Clerkson, who established digital marketing divisions in the explosive US market for both William Hill (now Caesars) and FOX Bet.

“We built SimWin to fuel 24/7-365 fantasy sports and sports betting opportunities. Fantasy sports and Real Money-Gaming are the largest entertainment sector on earth, and they accomplish this with each sport being available only about 40% of the time. SimWin’s virtual sports leagues fill those gaps and present the opportunity to play and be part of the action all day, every day,” commented SimWin Founder and CEO, David J. Ortiz. “This partnership with Tekkorp focuses some of the most experienced and sharpest minds in the Real-Money Gaming industry on our commercial planning and operational structure to ensure we have the correct framework for success. The executives at Tekkorp have been operators at some of the most transformative companies in the gaming space and we are elated to have them on our roster.”

“We were at first intrigued, and then amazed by the vision and scale of what David and the SimWin team are building. We’re tremendously excited to get involved,” commented Tekkorp President, Robin Chhabra. “The Tekkorp team has operated at C-Suite level of some of the largest sports wagering and gaming companies in the United States and across the globe; we know how to build and grow wagering products and companies. We have invested in Web3 businesses as of late and see this as a great opportunity to support SimWin in gaining momentum and key market share.”