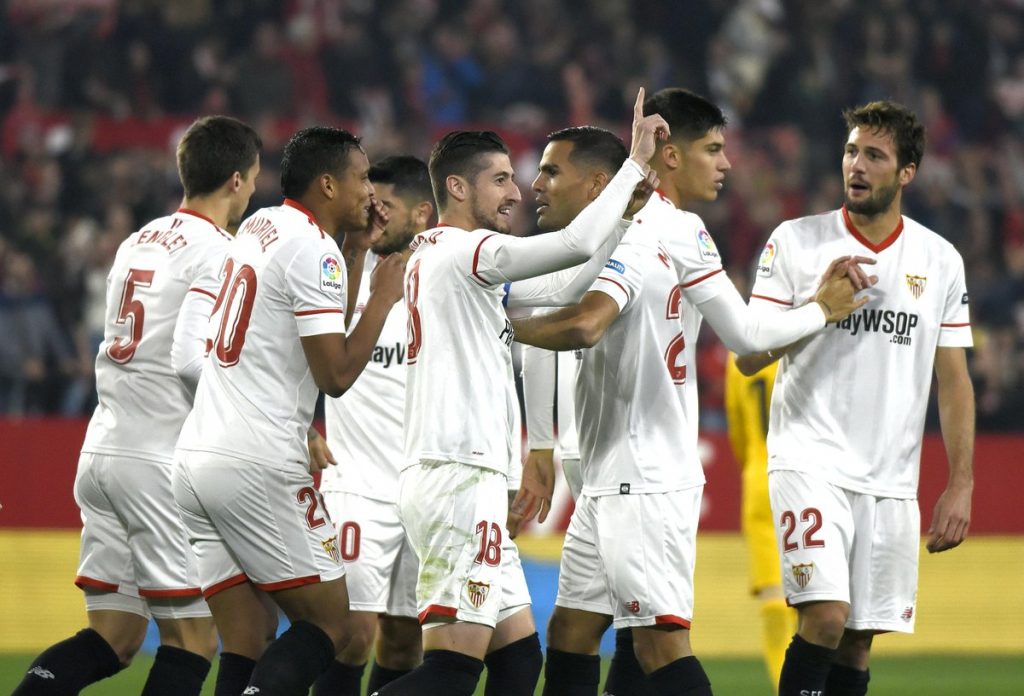 Given that Sevilla FC are one of the most successful clubs in Spanish and European football and given that they boast a unique atmosphere and culture, Los Nervionenses have supporters all over the world. It used to be difficult to involve these fans in the day-to-day decision-making processes of the club, but Sevilla FC partnered with Socios.com earlier this year to launch the $SEVILLA Fan Token.

Owners of $SEVILLA Fan Tokens enjoy special discounts and promotions, access to exclusive content and the chance to win unique prizes and rewards, from signed merchandise to VIP tickets to once-in-a-lifetime experiences. The big attraction for Sevilla FC, though, is that any supporter who holds a $SEVILLA Fan Token can take part in the club decisions that are determined through polls held on the Socios.com app.

As the club explained: “It is a very effective way to involve our fans in helping us with some very important decisions, such as a selecting the motivational message for our dressing room, choosing a new look for our bus or picking the design for a new limited-edition shirt.”

The is the key reason why Sevilla FC became one of six LaLiga clubs to have partnered with Socios.com, the app launched by leading blockchain provider Chiliz in 2019. Atlético de Madrid, FC Barcelona, Real Sociedad, Valencia CF and Levante UDalso work with Socios.com to boost fan engagement via cutting-edge technology and it was natural for Sevilla FC to join in. Innovation is at the heart of Sevilla FC’s business model, so much so that the club even has its own Innovation Center.

Outlining the reasoning for taking this step into the world of Fan Tokens, Sevilla FC stated: “At Sevilla FC, we are a club committed to innovation and we consider Fan Tokens to be an innovative product, one which allows our fans to feel closer to our club since they can participate in certain decisions. Our objective is to continue our commitment to innovation, in this case alongside a partner, and to get closer to our domestic and international fans. Working with a leading platform like Socios.com, which has more than 1.5 million users in 160 different countries and agreements with some of the most important clubs in the world, also helps us to position ourselves as a global club.”

Sevilla FC are very much a community club, one that runs various initiatives in the city of Seville and across Andalusia and Spain. The club has always enjoyed strong connections with the fanbase, but, as more and more football fans around the world cheer on Los Nervionenses, it becomes harder to involve everyone in the day-to-day life of the club.

Therefore a Fan Token was such an attractive idea for the club, which stated: “Thanks to the Fan Tokens, our international fans can feel much more connected to us. The thousands of kilometres that separate us are no longer such a problem when it comes to making these fans feel involved in certain club decisions. Breaking the barrier that this distance usually entails will undoubtedly lead to an increase in our international audience.”

It is already clear that the $SEVILLA Fan Tokens will bring international fans together, as the first issue of these Fan Tokens on the Socios.com app sold out in just over 48 hours, with people from 91 different countries purchasing them.

Furthermore, half of the buyers were under the age of 35, making clear that the $SEVILLA Fan Tokens will also help the club connect with younger audiences and with tech enthusiasts. As the club pointed out: “We can also benefit by reaching an audience that is excited about new technologies. Younger generations are demanding new ways of engaging with football clubs, and Fan Tokens offer something completely new and innovative.”

By reaching fans who are international, young and enthusiastic about technology, Sevilla FC are able to grow their fanbase and make these supporters feel involved. This is, above all, the primary objective of the partnership with Socios.com.

As Sevilla FC concluded: “We believe that feeling involved in the day-to-day running of the football club should be possible for everyone. We’re not looking to increase turnover with this, as what we’re looking for is for our fans to feel that their relationship with the club has gone to the next level. If we achieve that goal, then it will also naturally lead to a positive impact on our turnover.”

Ocean Race and ATPI partner to deliver what really matters