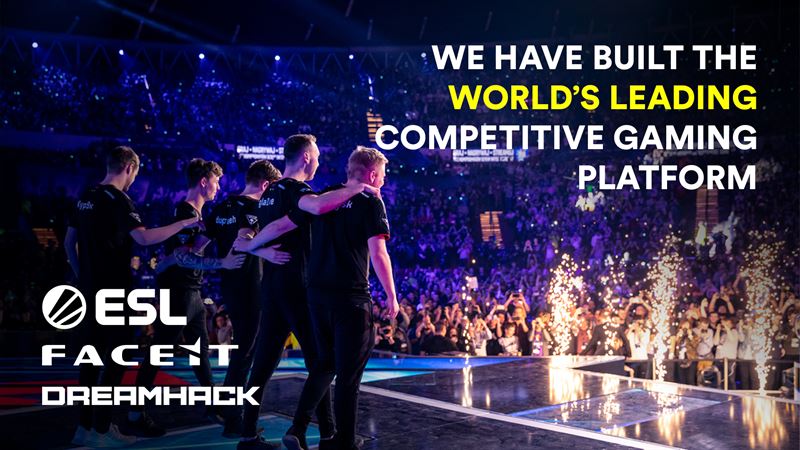 MTG owns 91.46% of ESL Gaming, which corresponds to USD 960 million (equaling SEK 8,890 million) of the total enterprise value and represents a total return on investment of 2.5 times. SGG is simultaneously acquiring FACEIT and will merge the two companies to create the leading global platform for competitive gaming – ESL FACEIT Group. The transaction is subject to regulatory approvals which will include anti-trust and foreign investment screening.

The merger with FACEIT and the transaction with SGG reflects MTG’s realization of its long-term strategy for the esports vertical: to expand ESL Gaming’s presence throughout the whole value chain, including B2C services and to drive long term growth. As part of this ambition, MTG initiated discussions with FACEIT to arrange and structure the merger. The transaction ideally positions the new company to pursue accelerated growth on the back of an integrated B2B and B2C product, while remaining closely aligned with the global gaming community and its values.

The transaction is expected to close in Q2 2022. Net2 proceeds to MTG are expected to be approximately USD 875 million (equaling SEK 8,103 million1) and the sale of the shares will be exempt from tax. MTG intends to return at least 40 percent of the proceeds to shareholders. The remaining proceeds will be used to strengthen MTG’s position in the global gaming market and continued execution of its buy and build strategy.

A milestone for MTG and ESL Gaming

“MTG has a long history of identifying successful companies and leveraging talented teams to create shareholder value, including backing them with additional capital. We were in advanced discussions with FACEIT to merge the two businesses and received approaches from parties who shared our vision and who were interested in acquiring or investing in both companies. In response, we embarked on a process to review our options and the transaction announced today is the culmination of that process and represents an exceptional crystallization of value for MTG’s shareholders. The merger with FACEIT will also enable the new company to bring gamers a wide range of new services and products. We are convinced that Savvy is the right owner who will continue to invest in the development of ESL FACEIT Group to nurture and entertain players and fans globally.”

Return to shareholders, and acceleration of pure play gaming from a strong position

Based on the envisaged transaction timetable, MTG’s Board of Directors expects to propose the return of funds to its shareholders in connection with the Annual General Meeting on 24th May 2022. After the return of funds to shareholders, MTG will have a net cash position, after taking account of committed earnouts due to be paid in cash, providing the Group with a strong financial position to significantly accelerate its growth strategy as a pure play gaming company.

MTG has a well-established position in gaming, with some of the industry’s most popular games and brands. Across the last 12 months, MTG has successfully acquired and integrated the dynamic and fast-growing gaming companies Hutch Games Ltd, Ninja Kiwi and PlaySimple. The gaming vertical generated pro forma YTD revenues of SEK 3,520 million and adjusted EBITDA of SEK 1,098 million in Q3 2021, with an organic net sales growth of 12 percent. MTG sees significant growth and future potential in gaming going forward and will share an update on its vision, strategy, and future in this area in connection with a Capital Markets Day which is expected to take place in Q2 2022, following the close of the announced transaction.

“For MTG, the transaction represents an opportunity to crystallize the value created in the esports vertical, share proceeds with shareholders who have supported us on our journey and to emerge perfectly positioned for further growth. Our gaming vertical has already been immensely successful and will now become the core of our business. Our ‘Swedish family’ model attracts gaming entrepreneurs from around the globe, and helps founders share knowledge and learn from each other in MTG’s ecosystem. We will continue to support, nurture and grow our communities and be the best port of call for entrepreneurs who want to accelerate their growth.”

Significant value creation with MTG as an active owner

MTG’s experience as an active and engaged owner with a deeply established culture of entrepreneurship provides founders with the right environment to grow their businesses over time. MTG acquired ESL and DreamHack in 2015, and later merged the companies under the name ESL Gaming. Under MTG’s ownership the company has achieved significant scale and increased its revenue base. MTG has supported the internationalization of ESL Gaming’s global operational network in over 100 countries, the establishment of strategic partnerships such as the Louvre agreement and Nielsen Sports, and the introduction of ESL ProTour and Mobile Open, making the esports community’s exciting content even more broadly available. MTG will continue to apply the same active ownership formula when it now turns its attention to creating shareholder value as the preferred home for gaming entrepreneurs.

Next step for ESL Gaming, FACEIT and SGG

The anticipated combination of ESL and FACEIT into the ESL FACEIT Group will establish the leading global platform for competitive gaming. The combined business will offer an end-to-end solution that enables games to build competitive gaming communities and ecosystems with a leading digital platform for players to play and connect. It will also be a key destination for partners looking to reach new audiences.

“Both ESL and FACEIT have consistently delivered outstanding performance over a number of years. ESL has built a very strong track record around developing, broadcasting, and commercializing premium esports ecosystems. FACEIT has similarly developed a world-class reputation for providing digital platforms for competitive gamers.

Savvy has committed to invest heavily in the games and esports industry and to materially strengthen the global games community. And as new owners, we remain fully supportive of ESL’s and FACEIT’s respective strategies and leadership, and to driving their businesses forward to support the continued success of competitive gaming. Our investment will continue to put fans, teams, players, developers, and publishers needs first, whilst realizing our exciting, combined vision.”