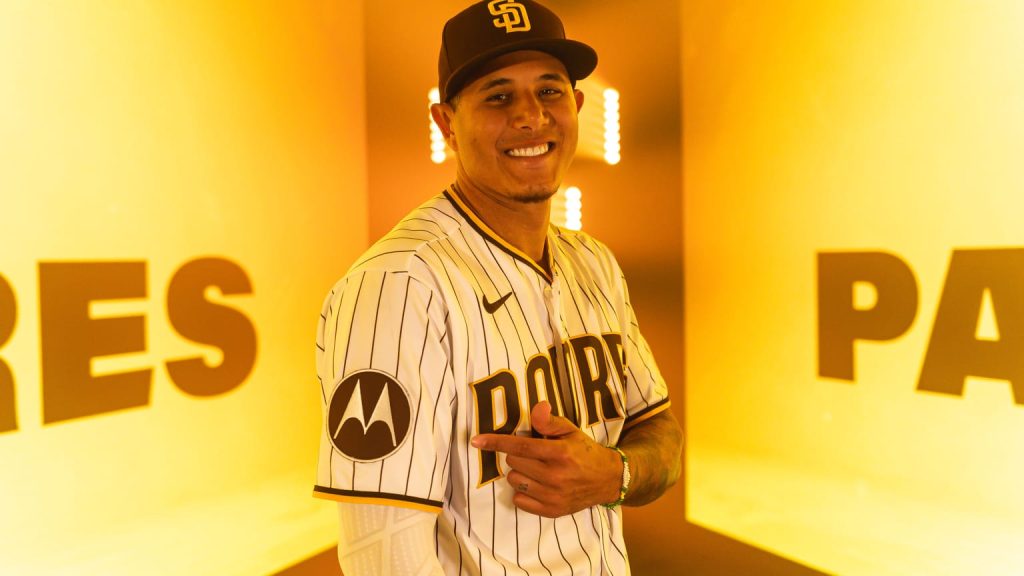 The San Diego Padres, in conjunction with Motorola, today announced that the Chicago-based telecommunications giant will serve as the official jersey patch partner of the organization beginning with the 2023 Major League Baseball regular season. A patch of the iconic Motorola “batwing” logo will be woven into the shoulder of the different versions of the Padres uniform. The jersey patch partnership, which was unveiled today through a video featuring third baseman Manny Machado and pitcher Blake Snell, is the first of its kind across all 30 Major League Baseball clubs.

“Motorola and the Padres share a commitment and passion towards creating meaningful consumer experiences,” said Rudi Kalil, VP and general manager, North America at Motorola. “Being woven into the San Diego Padres jersey is an exciting and pivotal moment for the Motorola brand and our innovative product line, and we’re thrilled to connect with Padres and worldwide baseball fans through this first-of-its-kind MLB partnership.”

“We are thrilled to partner with a quintessential and innovative brand like Motorola to bring cutting-edge technology, design, and performance to Petco Park,” said Padres CEO Erik Greupner. “Motorola’s iconic logo on our jersey is a perfect alignment with our Padres brand, and we look forward to teaming up to provide a great experience for our fans.”

Effective immediately, Motorola will also serve as the Official Smartphone Partner of the San Diego Padres and play a key role as Sponsor of the Padres annual Back to School shopping event providing school supplies and clothing to underserved youths in the area.