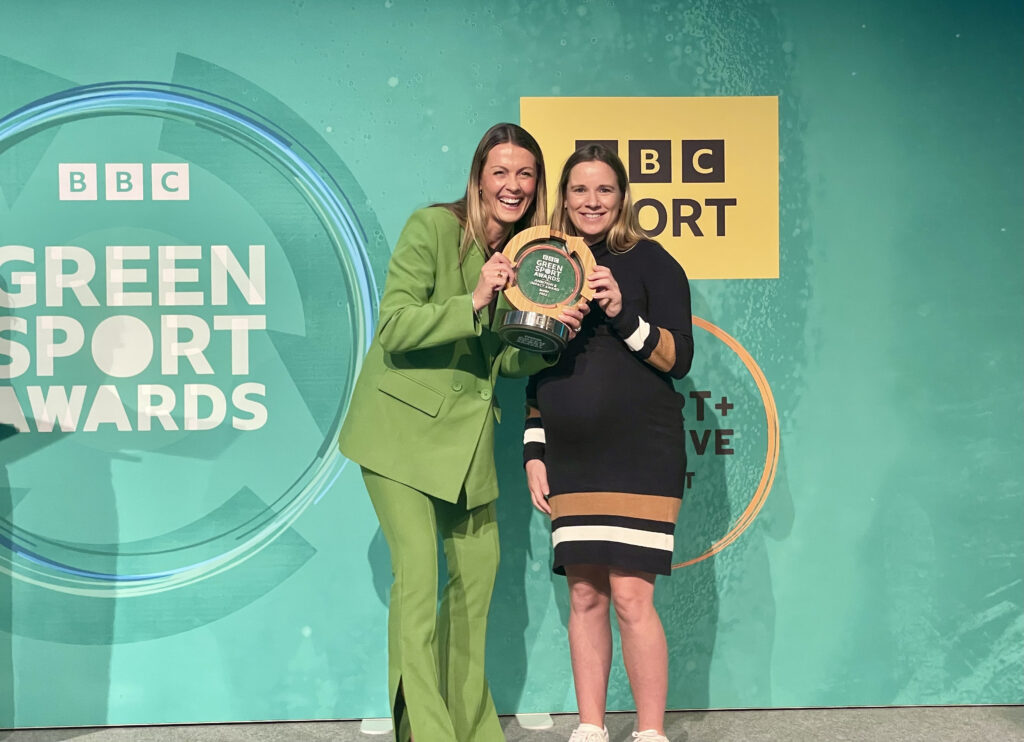 SailGP, the world’s first climate positive sport and entertainment property, has been announced as the winner of the Ambition and Impact award in the first edition of the BBC Green Sport Awards at Wembley Stadium.

The prestigious awards, newly created by the BBC (British Broadcasting Corporation) to represent its ongoing commitment to a greener future, aim to celebrate individuals and organizations from across the globe who are actively contributing to a more sustainable future through their sporting profile and practices.

One of just five BBC Green Sport Awards, the Ambition and Impact award is for any elite, professional or high-performance sporting body involved in the organization of, or participation in, competitive sport that has net zero and reduction emissions targets by a specified date.

SailGP was lauded by the judging panel of leading sustainability experts for its brave and ambitious approach to purpose, in particular the introduction of its ground-breaking ‘Impact League’ – a second leaderboard which runs alongside the Season Championship and rewards teams for the positive actions they take to reduce their overall carbon footprint and accelerate inclusivity in the sport.

SailGP was also credited for winning three gold medals in the UN Climate Neutral Now Initiative, setting an ambitious target of 55 per cent reduction of its carbon footprint by 2025 and having already made significant progress in Scope 1 and 2 reductions.

SailGP global director of purpose and impact Fiona Morgan said: “I’m so proud that all our staff and athletes’ hard work and the league’s bold and ambitious approach to sustainability in sports has been recognized at such a high level. It’s fantastic to see the BBC as such a global media organization creating these awards to celebrate the power of sport in tackling the climate crisis and engaging their audience on such a crucial issue.

“We’re only at the start of our journey at SailGP and we’re excited about achieving our ambition to be the world’s most sustainable and purpose-driven global sports platform, as well as inspiring other sports to do things differently.”

BBC Sport director Barbara Slater said: “The BBC Green Sport Awards were created to acknowledge that Sport is not immune to climate change and we felt it was important to recognize, celebrate and raise awareness of the individuals within the industry that are going the extra mile for a greener future. Congratulations to all the winners, we hope they continue doing brilliant work that inspires and encourages others.”

In addition to the Ambition and Impact award, Britain’s most successful female Olympic sailor, Great Britain SailGP Team athlete and SailGP Global Purpose Ambassador Hannah Mills, was shortlisted in the ‘Athlete of the Year’ category.

In what was an incredibly competitive category won by former Australian rugby player David Pocock, Mills was applauded for using her profile to raise awareness of ongoing climate issues. In recognition of her ongoing efforts, Mills was awarded an OBE in the 2022 New Year Honors for her services to sailing and the environment.

The news comes on the back of SailGP recently publishing its inaugural Purpose & Impact Report to showcase the environmental and social successes and challenges it has faced in its second season.