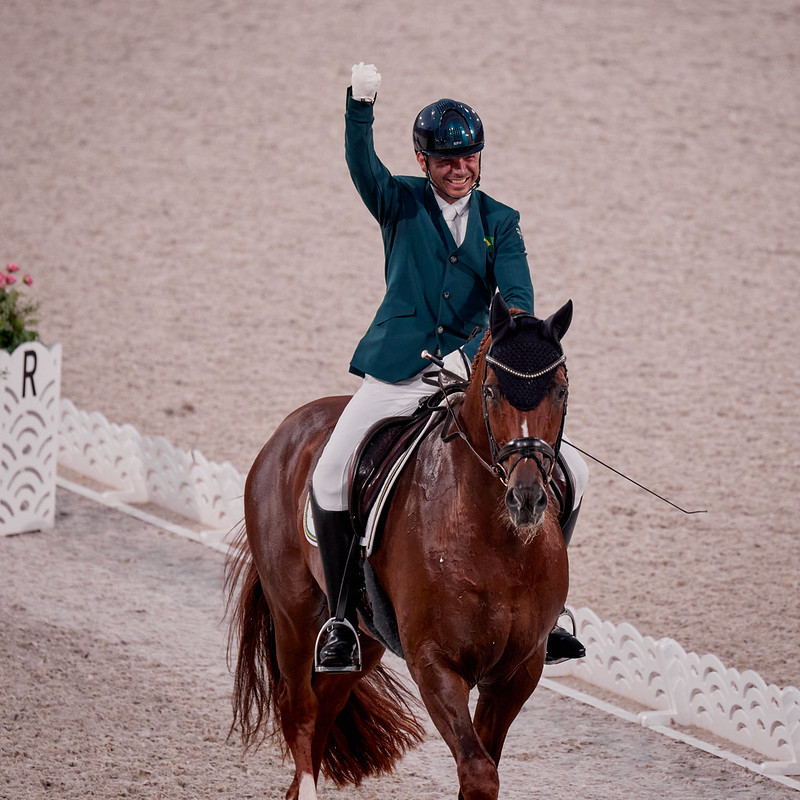 Riskalla, whose nomination was put forward by the Athletes’ Committee of the Fédération Equestre Internationale (FEI), is one of only eight athletes to be elected to Group 2 from a stellar nomination pool of 34 candidates. Athletes who ran for election in this Group have competed at the international level within the last nine years, and were from the same sport as the International Federation Athlete Commission nominating them. Riskalla will hold this position for a three-year term beginning in 2023.

A further seven positions in Group 3 will be selected by the Athlete Council Appointment Panel to fill skills and diversity gaps. The Panel will be composed of two athletes from the new Council (one representative each from Groups 1 and 2) and one member of the WADA Nominations Committee.

“I would like to offer my congratulations to Rodolpho on his election to the WADA Athletes’ Council and I’m confident that he will be an excellent ambassador to represent the interests of the athletes,” FEI President and Member of the WADA Executive Committee Ingmar De Vos said.

“Rodolpho is fully committed to the core principles of WADA and eager to put his knowledge and experience of international sport to the service of the athlete community. His passion and courage apply to all facets of his life, and he has been an inspiration to many athletes in equestrian sport.

“We greatly value his enthusiasm and resolution to achieve his goals and fight for his principles and values, which includes a world where all athletes can participate in a doping-free sport environment.”

Riskalla became a Paralympian in late 2015 after contracting bacterial meningitis in the run up to the Olympic Games in Rio 2016, at which he had hoped to represent his country in Dressage.

He defied the odds and went on to ride at the Paralympic Games in Rio, just months after his illness cost him both legs below the knees and a loss of fingers, finishing in 10th place individually.

His extraordinary story earned him the 2016 FEI Against all Odds award, and he was also named Para Equestrian Rider of the Year by the Brazilian Paralympic Committee in 2018, 2019 and 2021. Competing in Grade IV, he went on to secure two silver medals at the 2018 FEI World Equestrian Games™ in Tryon (USA) on his mount Warenne. He followed this with an individual silver in Grade IV at the Paralympic Games in Tokyo 2020, and more recently a bronze medal at the Orifarm Healthcare FEI Para Dressage World Championship 2022 in Herning (DEN) in August, with his beloved Don Henrico.