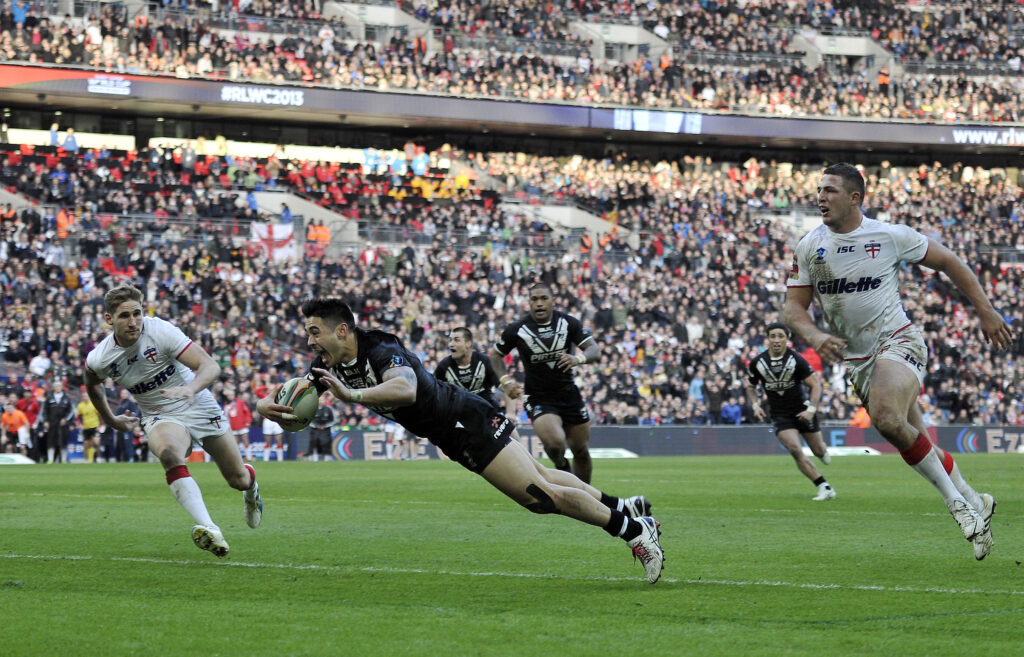 Rugby League World Cup 2021 (RLWC2021) and NuArca Labs have today revealed the details of the first ever auction of a RLWC2021 digital collectable, which marks the first of four auctions in which fans can bid for a one-of-a-kind piece of world cup history.

The first digital collectable to go on auction is entitled ‘A Moment for Heroes!’ and depicts the winning try scored by Shaun Johnson to beat England, putting New Zealand into the finals after an epic match at the 2013 Rugby League World Cup.

The bidding will start at £54 and open at 20:00 BST on 27 July, via RLWC2021. When the auction opens, fans will be able to track the progress and increase their bid to ensure they get hold of this exclusive digital collectable.

Mick Hogan, Revenue Director for RLWC2021 said: “Reaching new audiences through the digital collectables market is just one of the ways the Rugby League World Cup is bringing fans closer to the sport as we look to make sure this is the biggest, best and most inclusive tournament ever.

“For interested fans, the there is also a channel on Discord which allows people to join in with the conversation around our digital collectables and connect with other rugby league fans.”

The auction follows a trailblazing collaboration between RLWC2021 and NuArca labs which began in September 2021 and to date has seen three collections launched, including two releases of The Power of Together, which is a celebration of the RLWC2021, and The Vault, which is a tribute to the history of the tournament.

Fans can look forward to more auctions for exclusive digital collectables during the countdown to the tournament which begins on 15 October 2022 at St James’ Park in Newcastle.