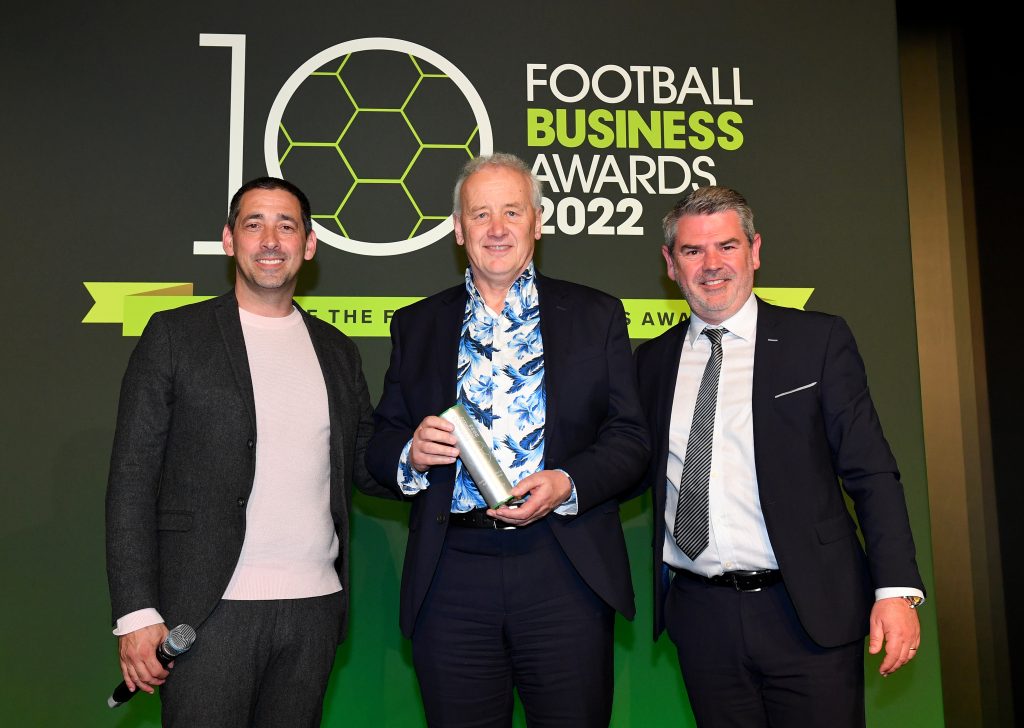 The winners of the 2022 Football Business Awards were announced today with Rick Parry receiving the Lifetime Contribution to the Business of Football award and Wigan Athletic’s Malachy Brannigan crowned FC Business CEO of the Year.

Wigan were arguably the most successful football club at the awards, with their chief executive Malachy Brannigan claiming League One CEO of the year as well as overall CEO of the year. The Latics also received the award for best fan engagement by a club.

“I don’t do looking backwards, as there’s too much to look forward to. I’ve worked with phenomenal people. I wasn’t sure about the EFL role for a long time, but saw the brilliant owners and people at all levels that exist in the football league, and took the role. Then the pandemic hit. But with thanks to these people we got through.

Manchester City also continued their winning streak off the back off Premier league victory, after receiving the award for Best New Player/Contract Signing Reveal Campaign:

Rick Parry won the ‘Lifetime Contribution to the Business of Football award’ for making a truly significant and wide-reaching impact on the business of football.

Parry is currently chairman of the EFL, the former chief executive of Liverpool, the original CEO of the Premier League and a board member at New York Cosmos.

In the 10-year history of the Football Business awards, this honour has only been given out on three occasions. Previous recipients; Richard Scudamore CBE, Peter Kenyon and Vichai Srivaddhanaprabha.

Clubs from across the Premier League, EFL and SPFL joined sponsors, partners, community schemes and businesses to celebrate exceptional work in football across 23 categories at a lunchtime ceremony at The Brewery in London.

Celebrating its 10th anniversary, the Football Business Awards recognise and reward the off-pitch talents and endeavours that are an invaluable, part of the fabric of football and the communities clubs serve.

Attended by over 415 leading football industry executives, the awards are considered the industry’s foremost accolade, attracting hundreds of entries every year from both the business units within football clubs and those professional services and businesses dedicated to supporting clubs and the game itself.

Simon Burton, Co-founder of the Football Business Awards, said: “Football is no ordinary business. It is at the heart of communities everywhere and we are honoured to celebrate these outstanding achievements and initiatives.”