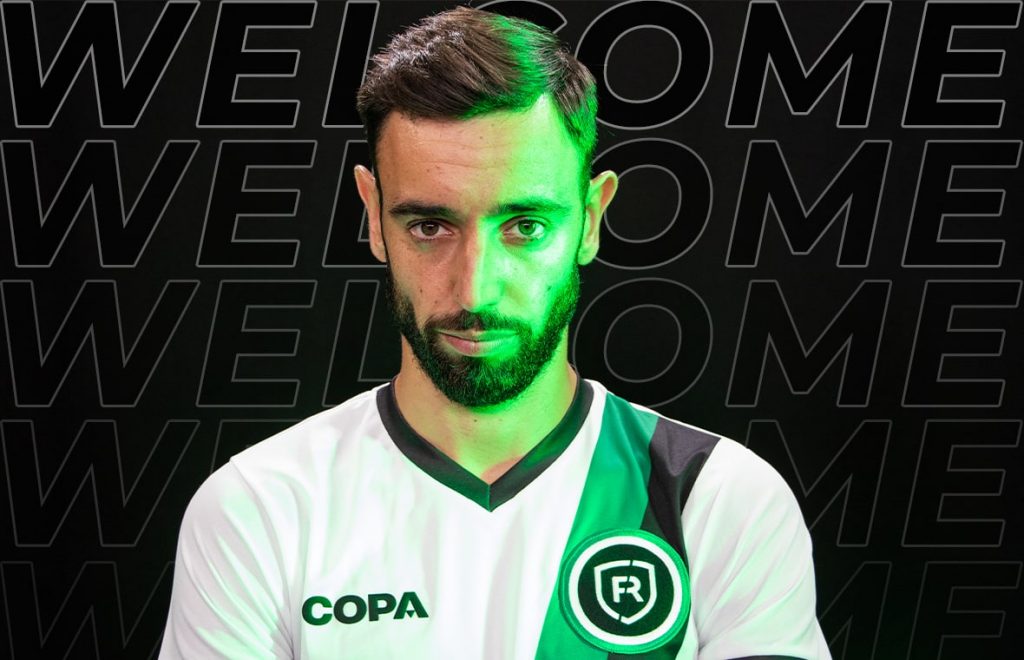 The technology company based in Lisbon is presenting fans with the possibility of collecting videos of the most memorable moments of global stars like Cristiano Ronaldo, Bruno Fernandes, Ángel Di Maria, James Rodríguez, Casemiro and many others.

The officially licensed football video collectibles will soon be available at www.realfevr.com for those who want to purchase one of the three packs available: Basic, Rare and Super Rare.

Inside the packs, there are collectibles from five different tiers, which vary depending on their rarity: Common, Special, Epic, Legendary and Unique – for the latter, as the name implies, only one will be launched for the entire market. Moments like goals, assists, dribbles, or saves from over 500 world-class players will be included in these packs.

RealFevr’s “Season Premiere” – the one that is historically seen as the most valuable – will be divided by several pack drops. In the “First Edition Drop”, it will be possible to collect the Unique NFT of Manchester United and Portugal midfielder Bruno Fernandes. It’s a stunning goal he scored from outside the box for Sporting Clube de Portugal in the 2017/18 season. In one of the upcoming drops, it will also be possible to acquire Cristiano Ronaldo’s first ever official goal also as a Unique, when the Portugal captain was also at Sporting CP.

Bruno Fernandes, who was named as launch ambassador for the RealFevr NFTs launch said, “I think it’s very cool that football lovers around the world can acquire iconic moments from some of their favourite players. Engagement with fans is really important for me and that is why I am supporting the launch of RealFevr’s NFTs. Some of my best goals scored for Sporting CP are part of the marketplace and I hope my fans around the world will be excited by the prospect of owning them.”

There many other memorable moments that will feature in this series of drops from players like Iker Casillas, Rúben Dias, James Rodríguez, David Luiz, Radamel Falcao, Casemiro, Hulk, Ricardo Quaresma, Deco, Ángel Di María, among others.

Soon, there will be a pre-purchase of packs and a few days after that, the users can open them to discover the everlasting moments they obtained. In addition to the opportunity to collect some of the best football moments, the RealFevr marketplace will create the possibility of buying and selling NFTs “peer-to-peer”, allowing each user to complete their collections more easily.

“From the beginning, our approach was to seek to deliver an immersive experience, based on a unique visual context that matches the level of the moments we are delivering to users”, said Fred Antunes, CEO of RealFevr.

“If we look at the data from cryptoslam.io, the sports NFTs market represented in the last months a turnover in the order of 700 million dollars. Our strategy is not only to capture a part of this market, but also to ensure that more and more people know about blockchain technology and discover what this fascinating world has to offer”, he adds.