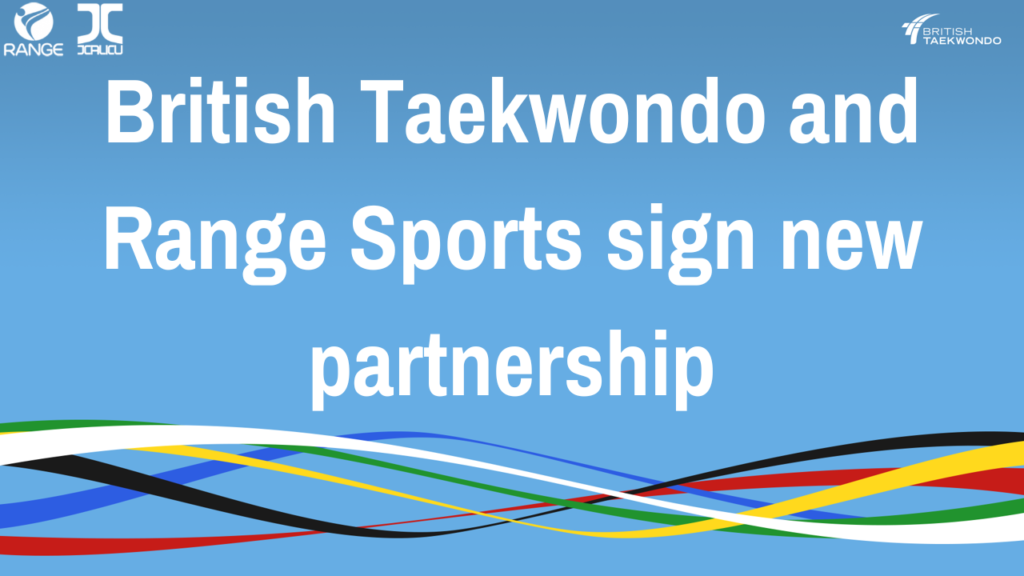 British Taekwondo and Range Sports are pleased to announce a new partnership between the two organisations helping to strengthen relationships and provide high quality uniforms to members of our national teams.

Ian Leafe, Chief Executive of British Taekwondo said “This is the start of an extremely exciting period of growth for British Taekwondo and we have several significant developments over the coming years. A key part of our evolution is the development of a commercial partnership programme, and we are incredibly pleased to announce our new partnership with Range Sports.”

Range Sports is a business with Taekwondo at its heart. Founders Master K. R. Ali and Master Mosy are instructors and 7th and 5th Dan respectively. This gives them the unique ability to understand the needs of Taekwondo practitioners and deliver quality products to enable people to train and perform to their best ability. Range Sports brings the Taekwondo tenets of courtesy, integrity, perseverance, self-control and indomitable spirit to the business and respects each and every one of their customers.

All British Taekwondo instructors can apply for a trade account with Range Sports from their official website.

British Taekwondo is the IOC and World Taekwondo-recognised governing body for Taekwondo in the UK. As well as being a successful Olympic & Paralympic combat sport with high profile athletes, Taekwondo is an accessible, fun and well-structured Martial Art for all ages and abilities, with deep rooted values of integrity and discipline.