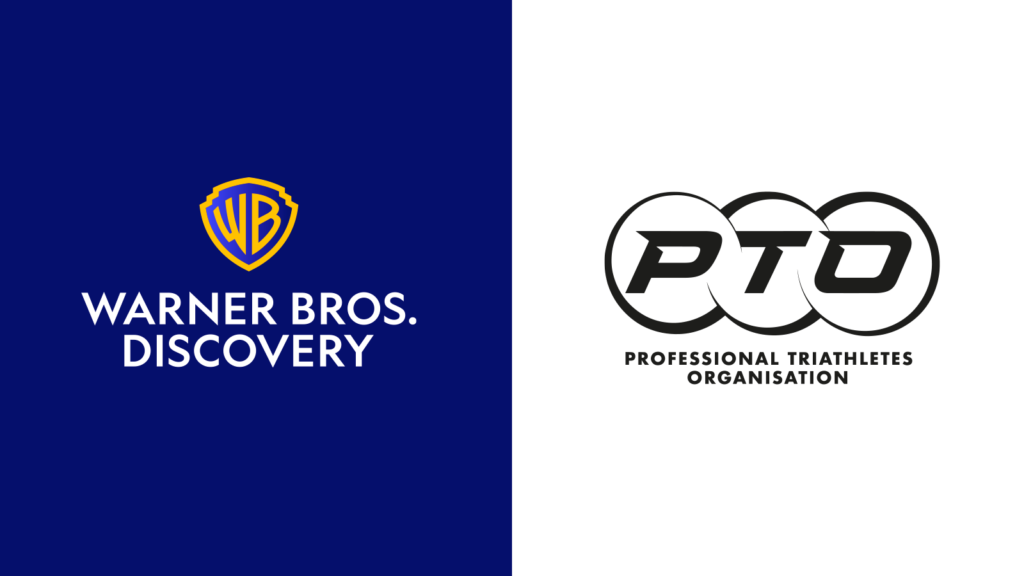 The agreement will see exclusive live coverage in 50 territories across Europe on its linear channels and be streamed via discovery+, the Eurosport App and GCN+*.

The landmark deal builds on Warner Bros. Discovery’s far-reaching broadcast of the inaugural Collins Cup last year, the PTO’s $1.5M flagship race that pits Europe versus Internationals versus USA. That event reached a live and on demand TV audience in more than 175 territories – an unprecedented broadcast for the sport**.

“The global broadcast viewing figures for the Collins Cup in 2021 surpassed all expectations and demonstrated that there is an appetite for compelling live broadcasts of Triathlon events that appeal not only to the fans of endurance sports, but also to the general sports enthusiast,” explained Tim Godfrey, Chief Marketing Officer at the PTO, a new body, co-owned by the professional athletes, seeking to grow the sport.

“That success, combined with the great numbers and engagement we saw around the Herbalife24 PTO Pro Am broadcast in May this year, helped shape our thinking on how to build this new partnership, which includes more standout events and an exciting combination of live, shoulder programming and editorial content across Warner Bros. Discovery’s impressive broadcast, digital and social platforms. This partnership around the PTO Tour is primed to take the sport and its superhuman athletes to the next level.”

Highlights of the new partnership include:

●       PTO Tour events broadcast exclusively live and on demand in Europe on Eurosport linear channels and streaming via discovery+ and the Eurosport App, as well as non-exclusively in Asia and exclusively across the Indian Subcontinent.

●       Tapping into the ‘Home of Cycling’ through reaching the passionate cycling audiences engaged by Global Cycling Network (GCN) globally and through the largest and best triathlon channel, with videos for everyone who loves triathlon, Global Triathlon Network (GTN).

●       Amplify PTO triathletes and PTO Tour events on Eurosport.com, which engages more than 50 million people each month, through the creation of a dedicated triathlon section alongside news and feature articles, near live clips across social media.

●       On-demand race highlights featuring the best moments from each event.

News of the partnership coincides with the reveal of the PTO’s new global marketing campaign, #TheRaceIsOn, which will build awareness and excitement around the first-ever PTO Tour.  Heralding a ‘new era of triathlon’, the #TheRaceIsOn campaign was created in-house by PTO media and features a global 30’ TV spot, social video clips, digital advertising and imagery, led by a two-minute hero film.

“The new PTO Tour is a fantastic proposition, as we saw first-hand from the Collins Cup last year. We are hugely excited to provide the scale and expertise of Warner Bros. Discovery Sports, using the reach of our broadcast network and engagement at scale of our digital platforms to support the growth of the PTO Tour.”

“We have a unique ability to reach audiences wherever they are choosing to consume support – whether on TV, streaming or online. Alongside the breadth of coverage, content and programming we will present, this ensures we will engage existing and new fans of triathlon across Europe and beyond.”

“As Home of the Olympics in Europe, we know triathletes have some of the most compelling stories in sport. Our role as storytellers is to bring these stories to as many people as possible, offering the PTO and its athlete members a year-round platform to showcase their extraordinary talents.

“We will bring these stories to current and new audiences alike, supported by Warner Bros. Discovery’s extensive sports and entertainment expertise and the PTO’s outstanding production and capabilities to help tell the athlete’s stories. Taken together, this offers the potential to elevate and grow the sport as we establish an undisputed ‘Home of Triathlon’ for fans everywhere.”

“Last year’s Collins Cup was a pivotal moment for the athletes as well as the sport, with the highest prize in the sport’s history and a ground-breaking made-for-TV format.”

“In 2022, we are all excited to see how we can partner with Warner Bros. Discovery to take this further and ensure the PTO Tourevents set a gold standard for broadcasting within our sport.”

In 2023 and 2024, the PTO Tour plans to expand with the PTO European Open and the PTO Asian Open, alongside their US and Canadian equivalents and The Collins Cup.