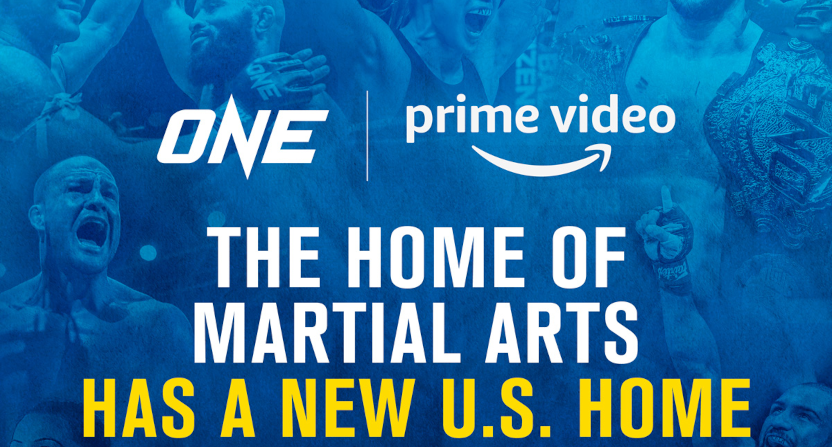 ONE is the world’s largest martial arts organization and a top five global sports property for viewership and engagement. ONE events represent the full spectrum of martial arts, with world-class athletes representing over 80 countries competing across MMA, Muay Thai, kickboxing, submission grappling and other disciplines.

Chatri Sityodtong, Chairman and CEO at ONE Championship, said: “ONE Championship is thrilled to work with Prime Video, one of the largest premium sports content providers in the world, to bring our live events closer to fans in the United States and Canada.

“As the world’s largest martial arts organization, we believe our collaboration with Prime Video will allow us to reach a wider North American audience that is hungry for an authentic and differentiated product you simply cannot get with any other organization. We look forward to showcasing the absolute greatest martial artists on the planet, right here in the ONE Championship Circle and on Prime Video.”