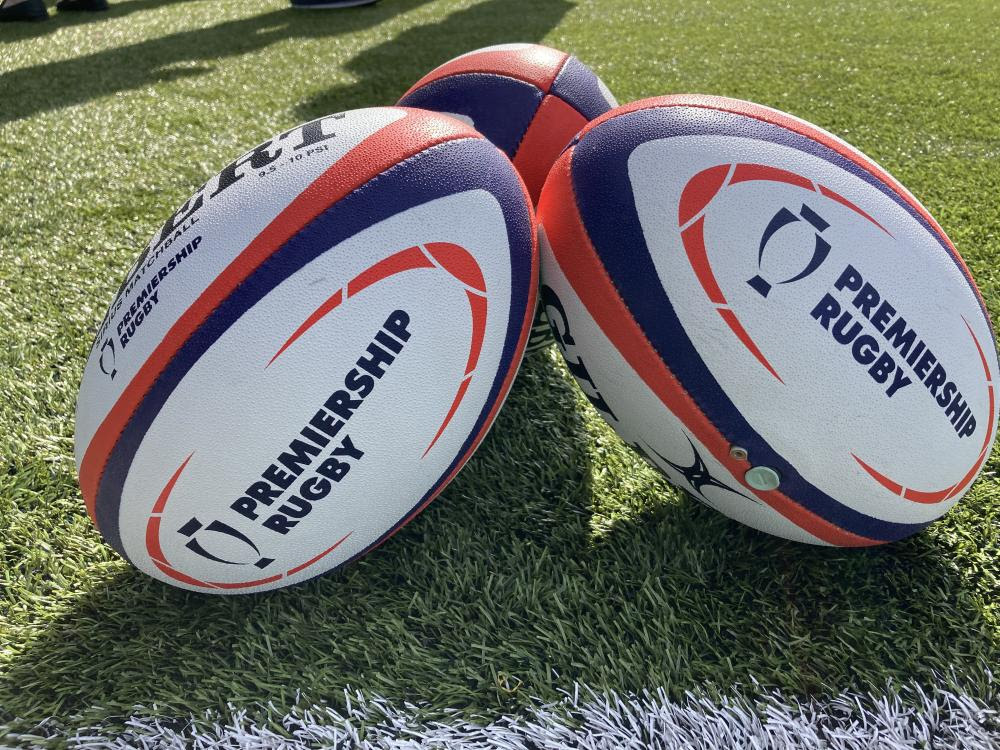 THE PREMIERSHIP Rugby Cup will – this Friday – become the first professional northern hemisphere competition to trial the Smart Rugby Ball, which will provide new, real-time data-led insights for teams, coaches, fans at the games, as well as TV viewers at home.

In partnership with Sportable, BT Sport and Gilbert, Premiership Rugby will trial the use of the new Smart Ball to generate high-speed data to drive better athlete performance on the field, as well as new content and insight for fans and viewers at home.

Former England outside-half Paul Grayson, an ambassador for Gilbert Rugby, has been at the forefront of the new smart ball development, working with Sportable CEO Dugald Macdonald and the team of scientists at Sportable to develop a ball that will be used in all 15 remaining Premiership Rugby Cup matches this season.

Macdonald said: “We’re delighted to be working with Premiership Rugby on the first live deployment of the Gilbert Smart Ball in a tier one rugby union competition in the northern hemisphere.

“We are thrilled to be working with such a forward-thinking organisation like Premiership Rugby. Their team has embraced all features of our technology and together we have a fantastic opportunity to enhance the game even further both on and off the field.

“This is the result of years of hard work, investment and cutting edge scientific thinking, so it’s super exciting to now see the Smart Ball being embraced by leading rights holder Partners across the globe.”

The innovation will enable BT Sport to open up a range of metrics that TV audiences in the northern hemisphere have not had the opportunity to see until now. Hang-time and accuracy on box kicks will show how difficult they are and how brilliant some players are at them. Territorial gain will give a good picture of how brave kickers are being when going for touch from a pen kick. And ground reload will give an idea of how quick scrum-halves are at getting the ball away from a ruck.

The Premiership Rugby Cup competition has already trialled a system where match officials can speak directly to supporters to explain on-field decisions and now the levels of innovation will move to the ball.

Phil Winstanley, the Rugby Director at Premiership Rugby said: “We are constantly looking at innovations and ways to grow the game and we are delighted to have chosen to trial this new smart ball.

“This season we have brought live Premiership rugby back to terrestrial TV, launched PRTV Live – so all Gallagher Premiership Rugby matches are now available to watch live – and now we hope this new rugby ball will help provide a greater insight for a new audience, while deepening our relationship with our current fans.

“The smart ball also gives our players and coaches the ability to improve performance on the field and in training with unique data. Touring our clubs with the ball in recent weeks has shown us that the players and coaches can’t wait to get started with it.”

Jamie Hindhaugh, chief operating officer, BT Sport: “We are proud to further deepen our near decade-long relationship with Premiership Rugby by bringing our viewers even closer to rugby than ever before. We are continually looking to give our viewers more ways to watch, such as live action in stunning 4K UHD with HDR or via our App which is available on more devices than ever such as smart TVs and games consoles.”

Radio Frequency Identification (RFID) chips inside the ball communicate with sensors around the stadium up to 20 times every second. Sportable’s Artificial Intelligence (AI) tool then automatically enables precise information and insights about the ball’s movement when it is passed and kicked – such as speed, distance and hang-time, for example – to be seen in real-time by teams and coaches, fans at the game, and packaged up by BT Sport for use in its broadcast of this Friday night’s Newcastle Falcons v Leicester Tigers Premiership Rugby Cup game, as part of an enhanced graphics analysis tool.

Alongside the benefits to teams and fans, the project will also be used to assess the value that the Smart Ball can add to officiating through the automatic detection of forward passes. While this won’t be a fan facing activity in the first instance, the research on the forward pass could prove pivotal in informing enhancements for match officials moving forward and assist in the broader, continuing efforts to avoid long TMO delays and speed up the game.

Expect to see new insights into the kicking and passing that determines the balance of the game.

The Famous Grouse, the no.1 Whisky in the UK, has strengthened its partnership with Premiership Rugby by becoming the official broadcaster partner for Gallagher Premiership Rugby matches and highlights programmes on ITV Sport.

The partnership, brokered by Publicis Media Content, includes the weekly highlights show and four live Gallagher Premiership Rugby matches, in addition to the Final which will be shown free-to-air for the first time in the competition’s history.

This partnership will see The Famous Grouse build on more than 30 years of heritage with the sport of rugby, reaffirming the brand’s commitment to developing the great game for generations to come.

The Famous Grouse shares many similarities with the sport of rugby, including skill, craft and an unwavering dedication to be the best of the best. The ongoing The Spirit of Rugby campaign celebrates these common values by leveraging several exciting partnerships to embody the sport’s unparalleled sportsmanship and camaraderie, driving engagement with rugby fans across the UK.

“This new deal shows the strengthening of the partnership between Premiership Rugby and The Famous Grouse, who have been our Official Whisky Partner since 2020.

“The Famous Grouse couldn’t have picked a better match to start with as the Sale Sharks vs. Leicester Tigers match was the most-watched in the history of Premiership Rugby with almost 800,000 viewers on ITV.”

“We are absolutely delighted to have agreed a deal to become the official broadcaster partner for Gallagher Premiership Rugby matches and highlights programmes on ITV Sport, particularly with the eagerly awaited Final set to be shown free-to-air for the very first time this year.

“The Famous Grouse has been investing in the sport of rugby for more than 30 years and we are very proud to have reaffirmed our commitment to this great game by extending this partnership with Premiership Rugby. We share great heritage with rugby and we’re sure this partnership will help to further strengthen our reputation, drive brand awareness and benefit all stakeholders involved with the sport.”