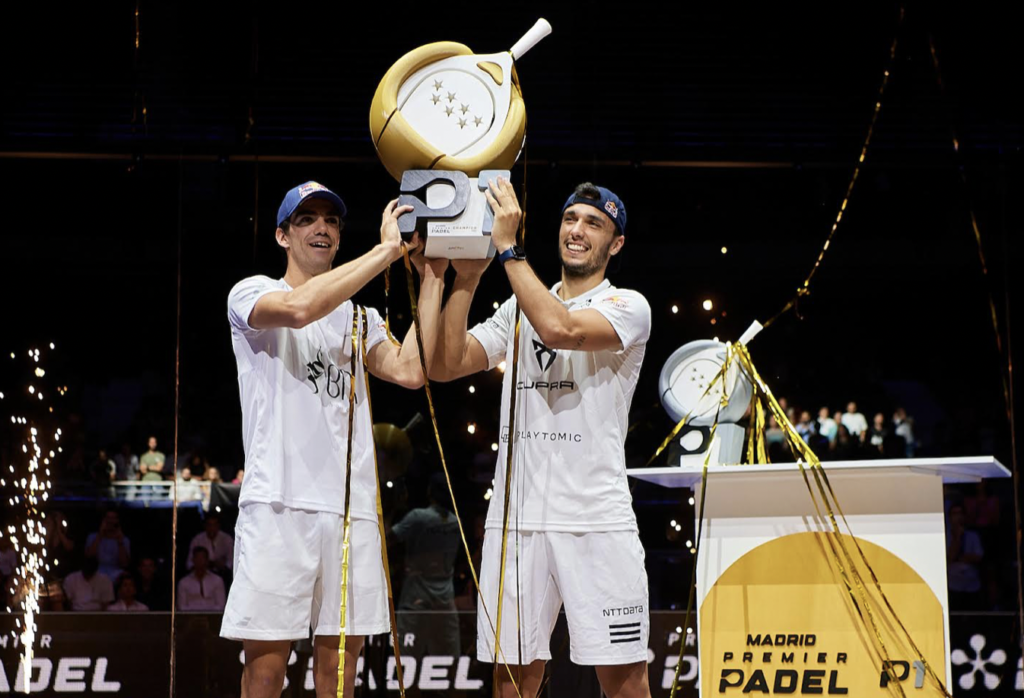 Keeping up momentum from the electric Madrid P1, Premier Padel’s journey continues to Argentina, where fans in South America will meet the world’s only padel official tour for the first time.

The Madrid P1 continued the trend of growing the fan-base in the stadium, through social media and international broadcast. In total more than 30,000 fans were present in Madrid’s WiZink Center over the week, with the stadium packed out for the final match, which saw the pair Lebron and Galan win their third Premier Padel title over Qatar Major champions Navarro / Di Nenno.

Online engagement was just as encouraging, with YouTube subscribers reaching over 100,000 during the Madrid P1, and the tournament reaching new heights with 3 million views on the platform throughout the week, a 15% rise from the Paris Major last month.

As the Mendoza P1 kicks off, Argentinian fans can look forward to watching stars fresh from their outing at last week’s Madrid P1. Alongside champions Lebron / Galan, big hitters Stupaczuk / Lima and Tapia / Gutierrez who will play their second Premier Padel tournament together in their home country.

Belastaguín / Coello and Madrid runners-up Navarro / Di Nenno are also travelling to the Andes, to entertain what will surely be near sell-out stadium of fiercely passionate Argentinian fans.

Ziad Hammoud, Director of Premier Padel, said: “After three successful Majors and an inaugural P1, Premier Padel is just getting into its stride. We are keeping up our momentum with a 15% increase in YouTube viewership and our first P1 in Argentina, the home of many of our most talented players and biggest fans. We thank the FIP, the Asociación Padel Argentino and the Professional Padel Association (PPA) for supporting this tournament in Argentina and for keeping the players at the heart of everything we do.”

The Mendoza P1 marks the fifth international tournament hosted by the brand new circuit and Premier Padel’s arrival in South America ahead of the World Padel Championships in Doha in early November.

From there, Premier Padel will recommence at the Monterrey Major in Mexico from the 28th November to the 4th December.