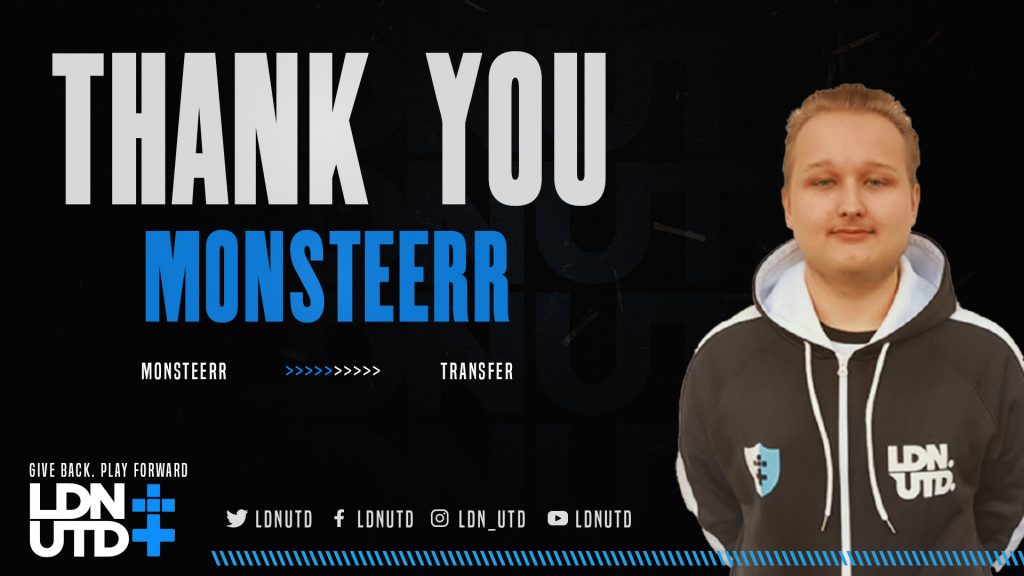 Player Transfers In Esports – Answering Some Of The Key Questions

At the start of June LDN UTD accepted a deal with Team Heretics for their player Ondřej “Monsteerr” Petrů, in what is gradually becoming a more common occurrence, player transfers in esports. In this piece LDN UTD’s CEO, Olly Weingarten, gives some insight into some of the pressing questions around player transfers.

Earlier this month we accepted a bid from Team Heretics for our professional Valorant player Monsteerr. For those who do not know, a transfer in esports is not massively dissimilar to a transfer in traditional sports, and the process is becoming more and more prevalent.

This is also consistent with the presence of agents within esports. They certainly exist and are common amongst many players, with some operating better and more reputably than others – again much like traditional sport!

Is money exchanged in these deals?

It may not be widely known outside of the industry, but money is often exchanged for these players, just like when you think of your favourite footballers moving from Manchester United to Barcelona, for example.

“What is happening quite regularly is that despite the players having contracts, the teams are breaking them frequently due to performances”

This happens when a player is under contract with a team and these transfers normally include additional incentives, like sell-on fees if they move on again during the term of their contract to another team.

Once a player makes his intention to leave known, a deal must then be agreed between the buying organisation, who must then meet the terms the player is looking for, ranging from wages and bonus incentives, and often equipment and peripherals.

“Given the immaturity of some areas of the industry, you can find yourself in the bizarre situation where a thirteen year old is representing a 17 year old Fortnite gamer.”

What is happening quite regularly is that despite the players having contracts, the teams are breaking them frequently due to performances, in order to bring in replacements. An example of this is XL Esports recently replacing some of their Valorant roster in a very short period of time, despite having engaged certain players or reportedly high contracts.

How prominent are agents within esports?

Prominent enough. Some have professional agencies which are well regarded, and others are sole practitioners and highly questionable. When it comes to agents in esports, in my opinion they really are a mixed bag, but in any event you are often forced to have to deal wth them. There can be a benefit, from a time perspective.

If you’re negotiating the signing of a team (think DOTA or Valorant as two examples) it’s sometimes easier to not have to negotiate with five players or five agents on their behalf, so there’s a benefit in dealing with one agent if they are sensible, and certainly the pain threshold is reduced.

The pain can also be immense, given the immaturity of some areas of the industry, you can find yourself in the bizarre situation where a thirteen year old is representing a 17 year old Fortnite gamer. I’ve had a career I pride myself on, and find I’m being brought down to the level of a thirteen year old who doesn’t understand basic contractual terms.

I’d finally say that the only other benefIt in the short term is that it can be difficult to contact players if they don’t respond on Twitter or don’t have Discord set up for open messages. They might also not know who you are so won’t necessarily spot your message. Therefore if they have contact details for their agent in their bios, that expedites the process. You just rely on the agent to respond…

For Monsteerr’s transfer to Heretics – they are a well-known/tier 1 Spanish esports org that have just compiled a Tier 1 Valorant roster – when they made their intentions known to Monsteerr, it was like Man City approaching Blackpool for a transfer. His head was turned.

We weren’t going to stand in his way, even though he was top talent and was going to be a huge loss to our LDN UTD Valorant roster, particularly for the position he played; a Sentinel.

“Overall, this was a good endorsement for the LDN UTD model of discovering, nurturing and developing talent”

So it was then imperative for us to find a replacement. The challenge was the length of time from offer to completion of the transfer – almost a month. We couldn’t continue to practice with a player who wasn’t going to be part of the long-term plan, so that left us with a problem.

It was very disruptive for our players, who – all credit to them – were very pragmatic, and we had to find a replacement. We ended up trialling a number of players and then picking up free agent Feqew who has recently left tier 1 org Team Vitality.

He didn’t have an agent, so I dealt directly with him when the team made it known he would be the best replacement.  He practised in good faith and played with us, but did not sign the contract until Monsteerr’s departure was completed.

Overall, this was a good endorsement for the LDN UTD model of discovering, nurturing and developing talent, and showcases a great example of the transfer model within esports.