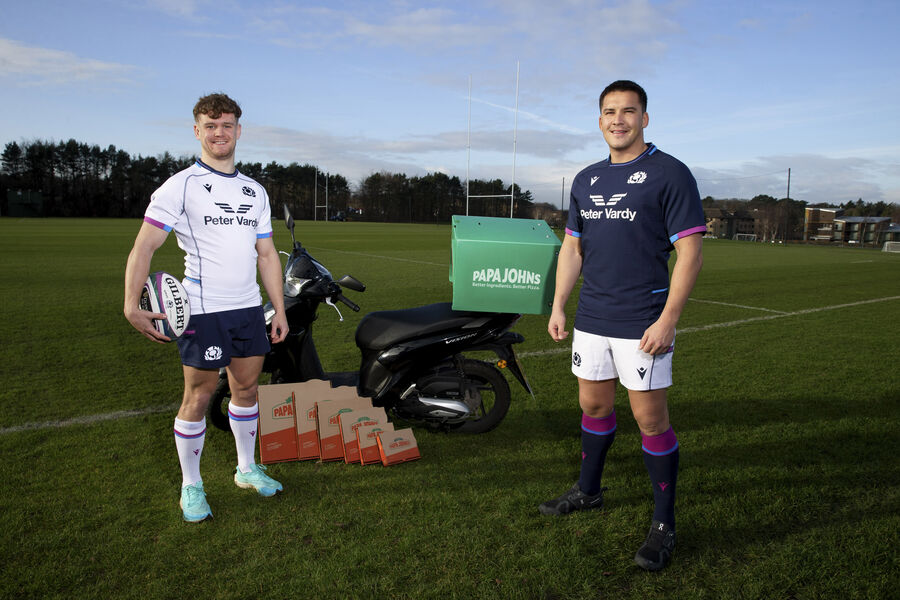 The multi-year sponsorship will see the company become Scottish Rugby’s official pizza and takeaway partner in a deal that will be focussed on supporting the adult and youth community and club game in Scotland.

Through the new partnership, Papa Johns will also become the naming rights partner for the hugely successful ‘Tartan Touch’ programme, which has enabled people of all ages and abilities to experience an abbreviated form of rugby either as their introduction to the sport or as a fun social activity for experienced players.

Papa Johns branding will be first seen at Scotland matches played by both the men’s and women’s team during their respective 2022 Six Nations’ competitions.

Founded in 1984 in the USA, Papa Johns has become one of the world’s most recognisable pizza brands with over 500 stores in the UK alone.

Papa Johns will this year celebrate the 20th anniversary of its first store in Scotland which opened at Glasgow Broomhill in 2002. Since then, the brand has continued to grow and there are currently 30 stores serving delicious slices to Scots all over the country.

“There has been a huge growth in the home food delivery market in recent years and as such we are delighted to secure a key player in Papa Johns for a multi-year deal as our official pizza and takeaway partner.

“Their ambition to support our community game across Scotland and specifically to be directly associated to Tartan Touch shows how attractive rugby is as a sport at a grassroots level. Tartan Touch has been one of Scottish Rugby’s real success stories in recent years and this has enabled us to seek and secure a title sponsor in Papa Johns.”

“This partnership with Scottish Rugby is a truly brilliant opportunity for Papa Johns to support grassroots rugby in Scotland. We have been so impressed with Scottish Rugby’s commitment to boosting local communities through sport, and the Tartan Touch programme is the true embodiment of that. We are very excited to witness the difference that rugby can make for people of all ages and abilities.

“With the Guinness Six Nations about to get underway, there really is no better time for this announcement to come and we look forward to engaging with Scottish rugby fans as an official partner of Scottish Rugby.”