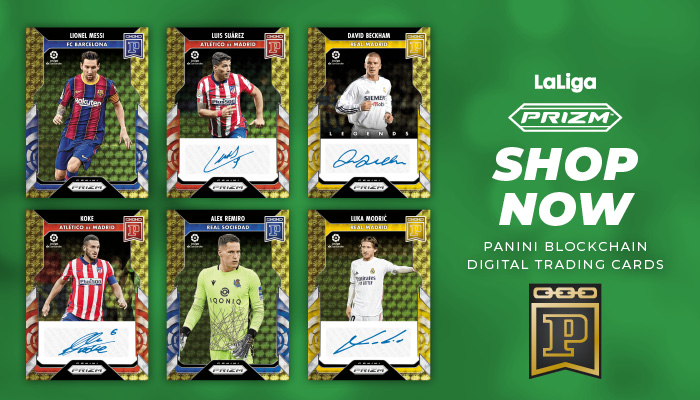 Some of the greatest players in the history of LaLiga, as well as the league’s current superstars and future stars, are the subjects of Panini America’s next Blockchain venture, 2021 LaLiga Prizm Blockchain, which launched on March 1.

This release marks the first time that Panini America has incorporated an entire football league into the Blockchain environment.