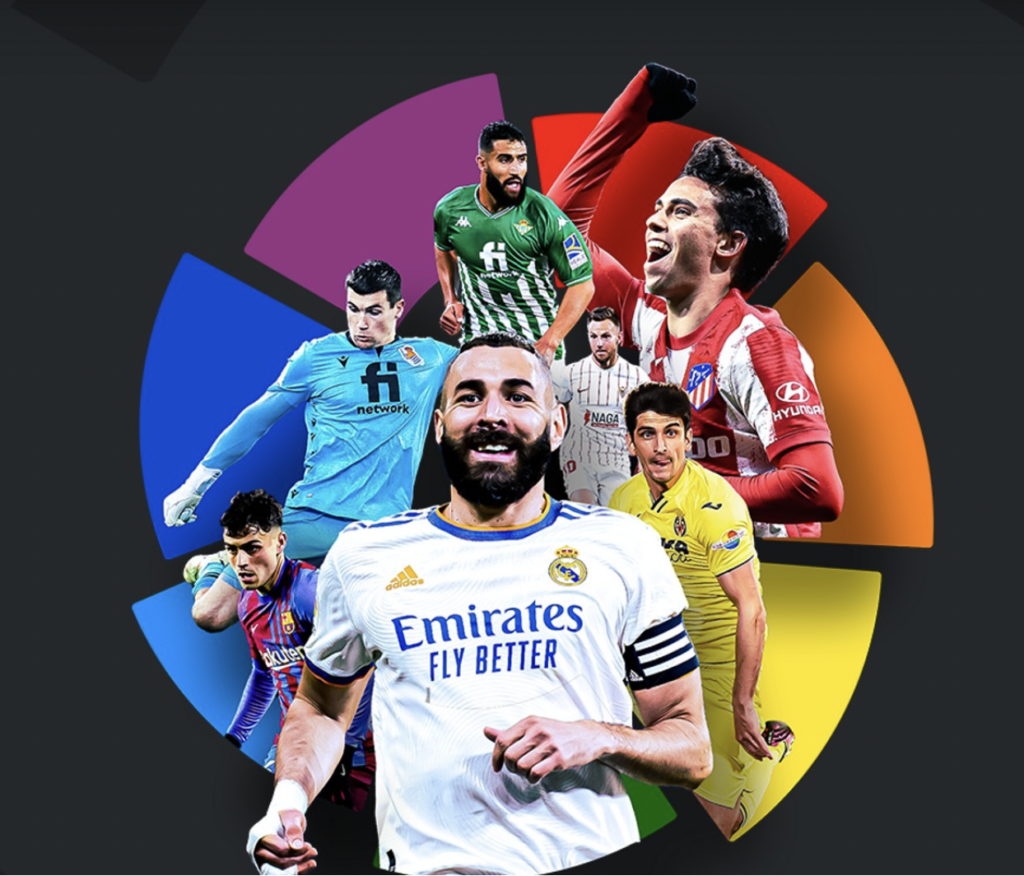 Optus Sport has reinforced its commitment to streaming the world’s best football by securing the exclusive Australian rights for one of the biggest football leagues in the world, Spain’s LaLiga.

The multi-year deal to stream LaLiga Santander gives Optus Sport an additional 380 matches per season from LaLiga live and on-demand, in full 1080p HD* and will also include live select matches from LaLiga SmartBank, Spanish football’s second tier, including promotion playoffs and a range of other highlights, news and review programmes.

Optus Sport subscribers will now be able to watch even more of the biggest clubs in football and with the addition of the top 20 Spanish teams, Optus Sport welcomes the likes of Real Madrid, FC Barcelona, Atletico de Madrid, Sevilla FC and many more as they join the leading English Premier League clubs, all in one place.

LaLiga has also been home to Australian football legends over the years like John Aloisi (CA Osasuna, Deportivo Alaves) and Aurelio Vidmar (CD Tenerife), and currently boasts Socceroos captain, Maty Ryan, who is on the books at Real Sociedad, and will be the new home of Awer Mabil (Cadiz CF). As the FIFA World Cup Qatar approaches, Optus Sport will be the place to keep an eye on the Socceroos No. 1.

Commenting on the announcement that unites two of Europe’s best club competitions on Optus Sport, Optus VP TV, Content and Product Development, Clive Dickens, said, “We are delighted to announce that Optus Sport has secured these exclusive LaLiga rights here in Australia.

The addition of Spain’s top professional league to Optus Sport’s line-up of premium rights shows our continued commitment to acquiring the world’s best football, that our customers love. We look forward to bringing an unprecedented level of LaLiga coverage to Australian fans and partnering with them to significantly expand interest in LaLiga.

Melcior Soler, LaLiga’s Audiovisual Director stated “At LaLiga we always look for best-in-class partners to deliver Spanish football to fans everywhere. Our agreement with Optus Sport ensures people in Australia will be able to enjoy LaLiga to the fullest. This is going to be even more important now to fans down under with some of Australia´s top talent represented in LaLiga clubs”.

Since 2016, Optus Sport has brought the world’s best players and fixtures to Australian football fans through its live and exclusive broadcasting of the Premier League and later, the Barclays FA Women’s Super League, which Optus Sport last year secured for a further six years and two years, respectively.

The addition of LaLiga adds to Optus Sport’s formidable line-up of events with the imminent UEFA Women’s EURO 2022 this July, as well as the media rights to the FIFA Women’s World Cup 2023.

And there’s even more to love on Optus Sport as the home of the J.League and UEFA National Team Football including the UEFA Nations LeagueTM, all UEFA EURO 2024 qualifiers, all UEFA European qualifiers for the 2026 FIFA World Cup, plus a range of international friendlies.