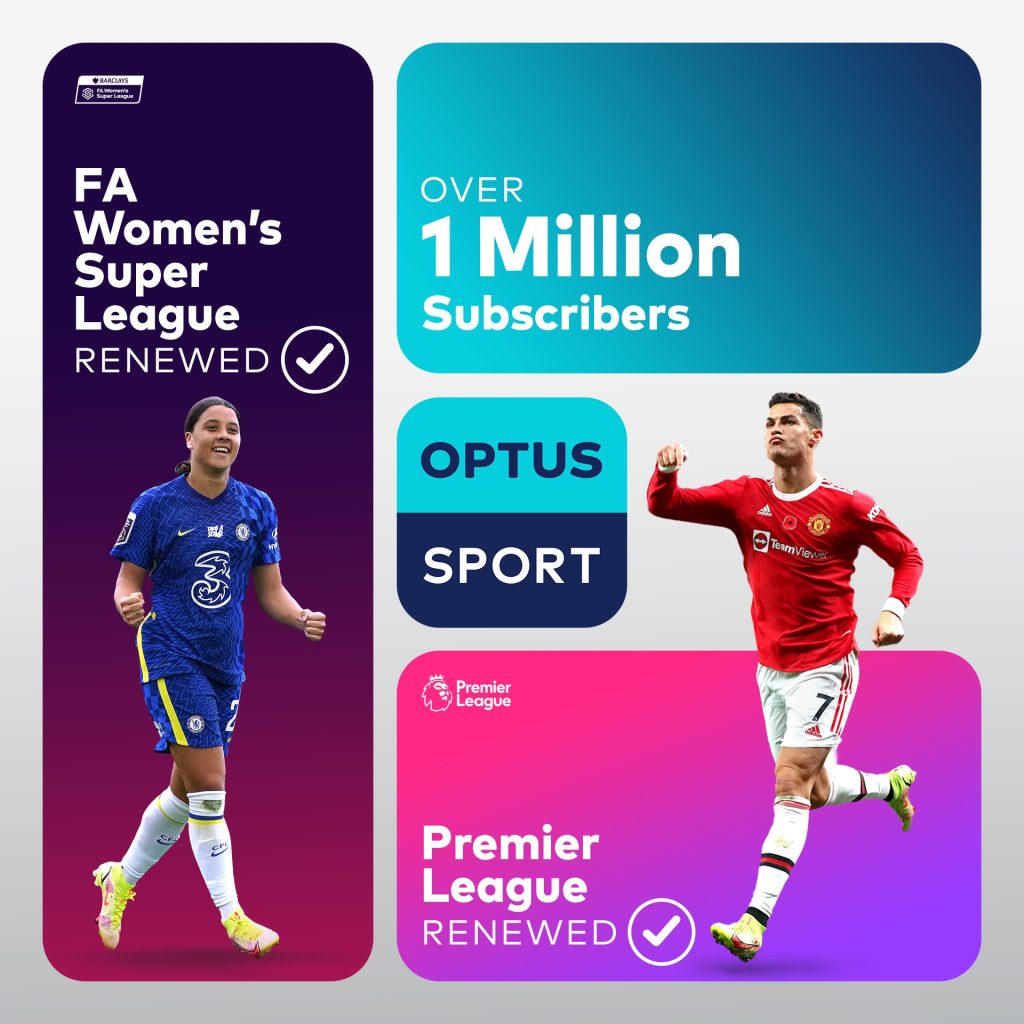 Optus Sport is the home of the world’s best football and has extended its exclusive streaming rights to the Premier League for six more years and BarclaysFA Women’s Super League (WSL) until 2024.

The announcement means Optus remains the Premier League’s exclusive Australian partner to almost the end of the decade and sees the award-winning service extend its coverage of the WSL to 2024, well beyond the FIFA Women’s World Cup 2023 hosted in Australia.

The historic deal is a win for fans of the beautiful game, with the renewal meaning every Premier League match will be available to watch live and exclusive, on demand replay, and via the highly popular Mini Match edits through Optus Sport.

“We are thrilled to be able to significantly extend our exclusive partnership with Premier League and the FA Women’s Super League and continue to bring the best football coverage to more than a million of our passionate and loyal Optus Sport customers,” said Optus CEO, Kelly Bayer Rosmarin.

“This is another proof point that we are continuing to deliver unique customer experiences and exceptional value for our Mobile and Home customers, in addition to our industry-leading Living Network, Australia’s fastest 5G, and our newly launched SubHub, a revolutionary subscription aggregation platform,” Ms Bayer Rosmarin continued.

“In the six years since securing the exclusive Premier League rights, Optus Sport has become the undisputed home of premium European football and has introduced new Australian audiences to the game whilst setting the benchmark on live sports streaming,” said Optus’ VP of TV, Content and Product Development, Clive Dickens.

“Optus Sport has more than doubled its subscribers since 2018, engagement is up over 49% year-on-year and we’ve seen nine of our top 10 most watched matches occurring during 2021. This includes the historic EURO 2020 England vs Italy Final, which broke the Australian record for a live sports streaming event, with almost one million households watching the match live, no single streamed Tokyo Olympic event reached this many households.”

The announcement culminates a week of wins for Optus Sport, which was named the Gold Winner for Best Social Media Strategy at the global SportsPro OTT Awards – beating international brands like the NBA and Real Madrid – also picking up Silver in the Platform of the Year category.